Friday, August 12
You are at:Home»News»Crime»Woman fined RM1,000 for refusing to wear face mask at Sibu pharmacy, angered after being called ‘auntie’ 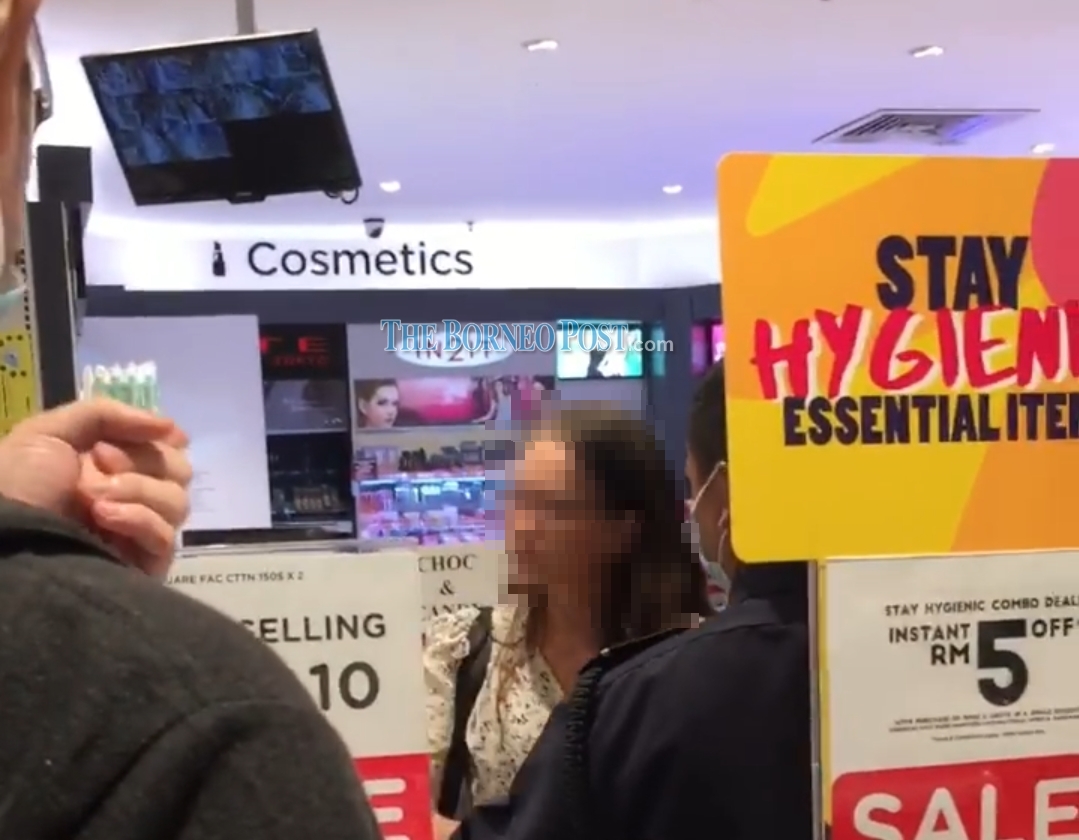 A screenshot taken from the video which went viral, showing the woman causing a scene at the pharmacy and refusing to wear a face mask.

SIBU (Oct 6): A woman who refused to wear a face mask while shopping at a pharmacy at Jalan Kampung Nyabor on Saturday was issued a compound of RM1,000 for violating the standard operating procedures of the Recovery Movement Control Order (RMCO).

Sibu District Police Chief ACP Jonathan Ringgit said police made the decision to fine the woman after investigating a video of the incident, which took place at 2.30pm and showed the suspect getting involved in an argument with the pharmacy’s staff.

The video, which went viral, showed the woman causing a scene at the pharmacy after being denied entry for not wearing a face mask.

“Acting based on the video, we have conducted an investigation leading to the arrest of the suspect, ” he said when contacted.

He said the investigation found that the incident occurred when a pharmacy staff member asked the suspect to wear a face mask when entering the premises.

“The woman was also angered when the staff addressed her as ‘auntie’ which had caused an argument to erupt between them,” he explained.

He said the suspect presented herself at the police station following a report lodged against her on Oct 5.

He added that the interrogation found that the suspect had been told by the pharmacy staff to wear a face mask when entering the premises.

“The suspect stated that she was angry and dissatisfied after being called ‘auntie’. She also claimed to suffer insomnia.

“The suspect also easily raised her voice and laughed to herself when questioned,” he said.

He said the suspect was found to have committed an offence under Rule 10 of the Prevention and Control of Infectious Diseases Act 2020 (No.8).

The suspect had no previous criminal record, and was given a period of 14 days to settle the compound, he added.