Sunday, November 1
You are at:Home»News»Anwar will leave Istana Negara disappointed, says Abdul Karim ahead of PKR chief’s audience with Agong 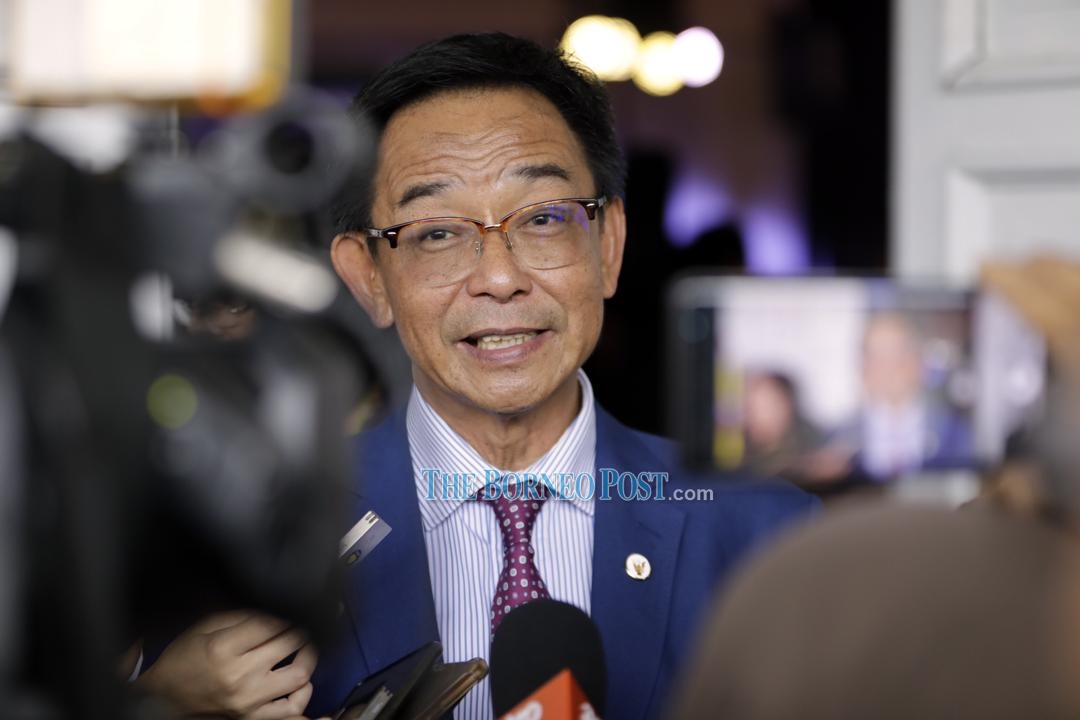 Abdul Karim was confident that the King would not be taken in by Anwar’s claims of having majority support in Parliament and he would continue to trust in the leadership of Prime Minister Tan Sri Muhyiddin Yassin, especially in his handling of the Covid-19 pandemic.

“You see, we have a good government that is handling the Covid-19 outbreak and Prime Minister Tan Sri Muhyiddin seems to be handling the pandemic very well, so don’t disrupt it politically,” he told reporters after the launching of a virtual reality theme park here.

Anwar had claimed on September 23 that he had “solid and convincing support” from MPs to become the next prime minister.

The Pakatan Harapan leader had refused to disclose how many MPs were with him, insisting that it would be made known after he has had an audience with the king.

The Muhyiddin-led Perikatan Nasional government currently is currently hanging by a thread with reportedly 113 out of 222 seats in parliament.

Meanwhile, Abdul Karim said the upcoming State Legislative Assembly (DUN) sitting would likely be the last before the state election was called.

“I think this coming DUN sittings will be the last because the term of the DUN is expected to end middle of next year. I believe we will not be able to have another sitting after the one in November,” he said.

When pressed on when the state election will be held, Abdul Karim said only the Chief Minister Datuk Patinggi Abang Johari Tun Openg would know.

“For the state elections to be held, the DUN has to be dissolved first and personally, I see the state election not very far away because I think we are going to the last DUN sitting this November and the DUN term will ends in April or May,” he said.

Abdul Karim said all Gabungan Parti Sarawak (GPS) elected representatives were aware that the next state election was just around the corner.

He said the GPS coalition deserved to be given a fresh mandate by the people since it had a strong track record of rolling out development and new initiatives in the state, such as the coastal road network project and the state’s own television station.

Abdul Karim remarked the GPS government had recently claimed the state sales tax on petroleum products from Petroliam Nasional Berhad (Petronas) and it had managed the state prudently.

“I remember when I first got elected 10 or 15 years ago and we were facing problems in getting projects because there was no money. But now it is the opposite in the sense that we have difficulties in getting good contractors for our rural transformation projects.”

He explained one of the reasons for the lack of contractors was that some of them were blacklisted due to poor performance and the government had to look for other credible contractors.