Thursday, October 22
You are at:Home»News»Manyin: Centralised schools proposal shelved due to parents’ objections 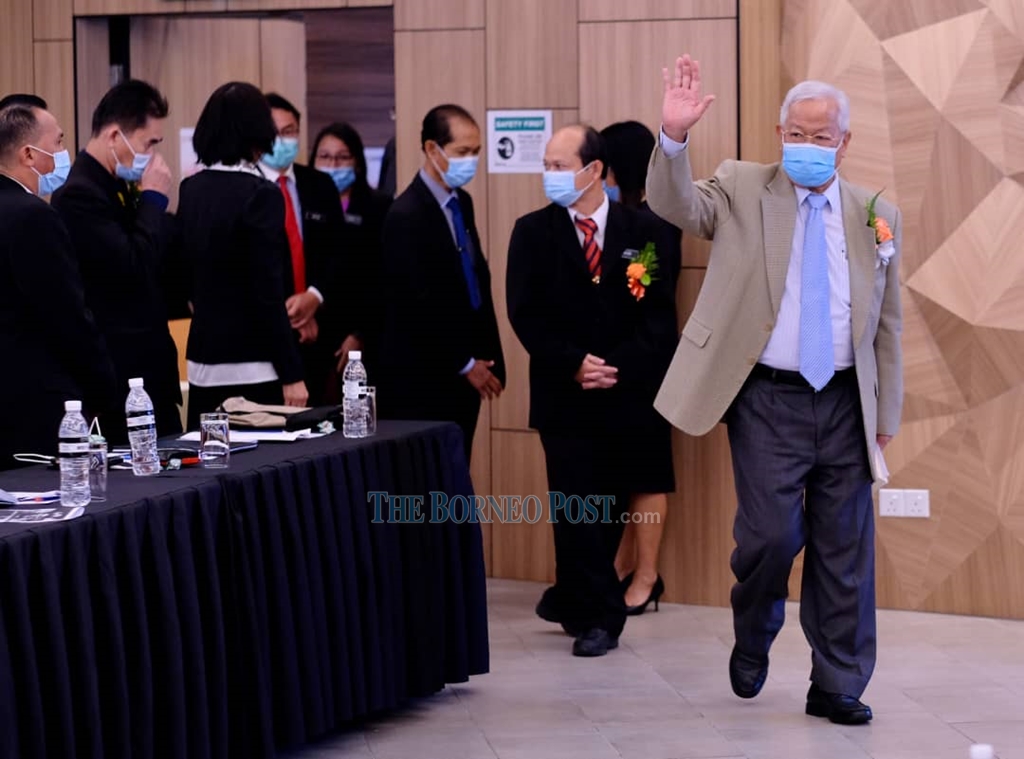 Datuk Amar Michael Manyin Jawong acknowledging participants of the colloquium when he arrived at the event. – Picture by Rais Sanusi

He said although the proposal was aimed at improving the academic performance of students in rural areas, their parents did not agree with it as it would involve the closure of schools close to their villages and settlements.

As such, he said for the time being a retraining programme in Mathematics, Science and English would be conducted for teachers in SKM who have been forced to teach the subjects because no specialist teachers were not posted to their schools.

He said RM6 million have been approved by Chief Minister Datuk Patinggi Abang Johari Tun Openg for the programme which was expected to be conducted next month at teachers learning institutes.

“We had planned to reduce the number of SKM with the setting up of centralised schools.

“As long as there are too many SKM, it will not be easy for us to improve the academic results. And we have held dialogues and engagements with all the YBs (elected representatives) on this matter.

“If we have centralised school, this will be good because firstly it will reduce cost, secondly it can improve results, thirdly it will encourage healthy competition among students and facilities are better. Unfortunately when the YBs go back (and present this proposal), the parents don’t agree.

“So, at the moment, we don’t proceed (with the centralised schools). It is not being KIV-ed, we just cannot proceed yet,” he told reporters after officiating the Education Leadership Colloquium organised by Serian District Education Office at a hotel here today.

Manyin said that because of the number of SKM in Sarawak, there was difficulty in the distribution of specialist teachers for certain subjects.

He said out of the 651 SKM, 300 of them have less than 50 students and there are even some schools with teachers outnumbering students.

“We cannot blame the teachers who had to be forced to teach subjects which are not their option. This is a challenge for education in Sarawak.

“There are 651 SKM throughout Sarawak, which makes distribution of teachers very difficult. As a result, some schools did not get the teachers for certain subjects and some schools probably get more than one teacher for the same subject.

“Now we are addressing this issue by retraining teachers who are not trained for the subjects. The programme takes about six weeks or two months, and we hope we can start it by next month,” he said, adding that lecturers from other states would be recruited to help with the programme if there were not enough trainers in IPGs in the state.

He explained that because of this, the centralised school and retraining of teachers were needed in order to solve the problems that have long affected education in Sarawak.