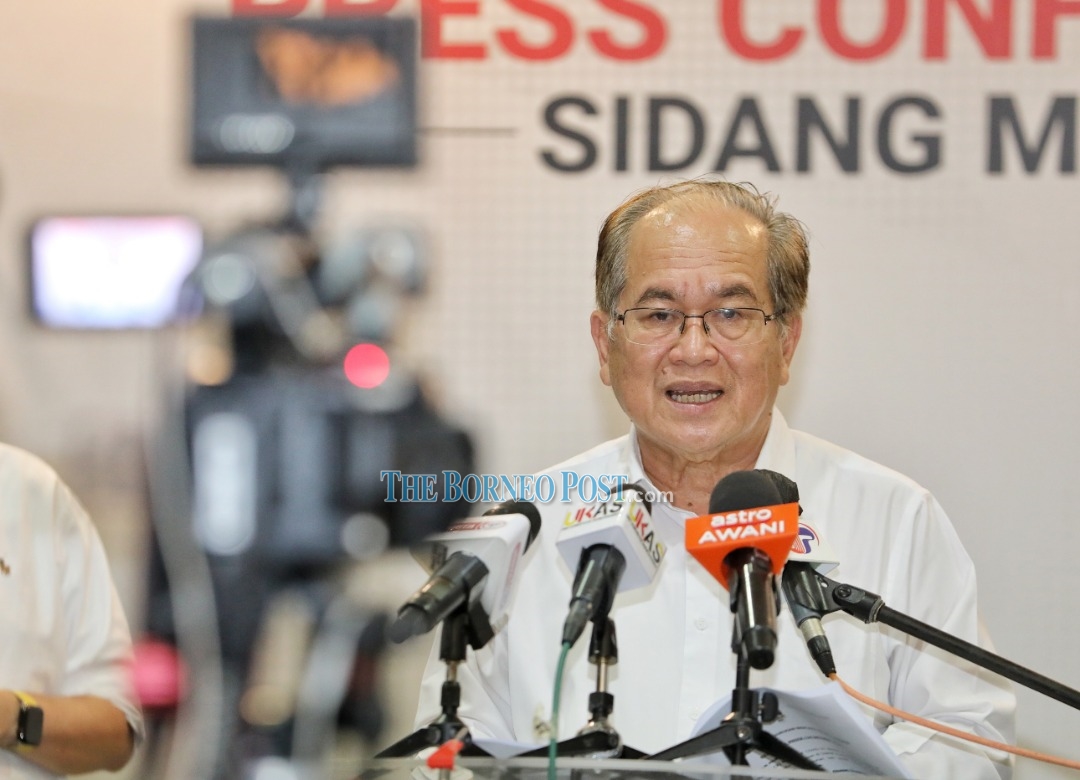 Uggah has stated that a police permit would now be required by the authorities for interstate travel. Photo by Chimon Upon

“Those travelling between states from Kuala Lumpur International Airport (KLIA) to Kuching and Kuching to KLIA, as well as between Kuching and Kota Kinabalu, will now require a permit from the police before starting the journey,” he said at the daily Covid-19 update press conference.

Uggah explained that this decision was made by the National Security Council (MKN), due to the increasing number of cases in Peninsular Malaysia, Sabah and Labuan.

“As such, SDMC also requires that applications to enter the state using the EnterSarawak app would also need to have a permit from the police attached,” he said.

To further curb the spread of the disease, Uggah also informed that SDMC has decided to control movement at the Merapok and Sidumin borders.

“Security personnel will increase the number of personnel and patrol the borders, especially along ‘jalan tikus’ (illegal border tracks).

“Patrolling will be more strict and frequent along the Kalimantan border,” he said.