Friday, December 4
You are at:Home»News»Asphyxia, blunt force trauma cause of death of woman found partially in suitcase in Sibu, postmortem finds 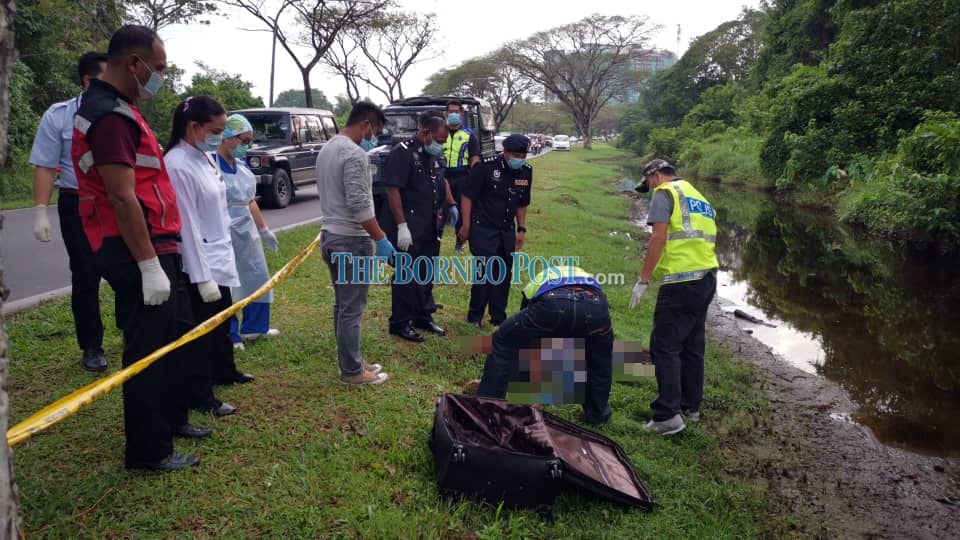 The woman’s body was found partially stuffed inside a suitcase by the roadside at Jalan Aman in Sibu. – File photo

SIBU (Oct 15): The 37-year-old woman, whose body was found partially stuffed inside a suitcase at Jalan Aman here on Oct 6, is believed to have put up a fight as she was beaten and strangled by her attackers, said Sibu police chief ACP Stanley Jonathan Ringgit.

He said this was based on the postmortem conducted by Sarawak General Hospital forensics medical expert Dr Norliza Ibrahim.

The procedure on the victim identified as Heng Meow Lin was conducted on Tuesday at 7.45pm at Sibu Hospital here, he said.

“Dr Norliza found the victim’s cause of death was asphyxia (due to) neck compression with head injury (due to) blunt force trauma.

“The victim showed signs consistent with someone who tried to defend herself,” he said when contacted via WhatsApp today.

Stanley said the police were still probing the motive in the case.

He added that the remand on the two suspects, a man and a woman both aged 38, who were the victim’s acquaintances, had been extended until Oct 19 after it expired on Wednesday.

The victim was found by a passerby at about 6.30am at the roadside of Jalan Aman. She was fully clothed with her body from the waist down inside the suitcase.

Bruises were found on her face and neck, and she is believed to have died a few hours before the body was discovered.

Two handwritten notes were found on her.

The suspects were picked up from a house at Jalan Tong Sang at 3.45pm on the same day.

The case is being investigated under Section 302 of the Penal Code for murder.