Saturday, October 31
You are at:Home»News»Lee: Massive jam between traffic light junctions no more 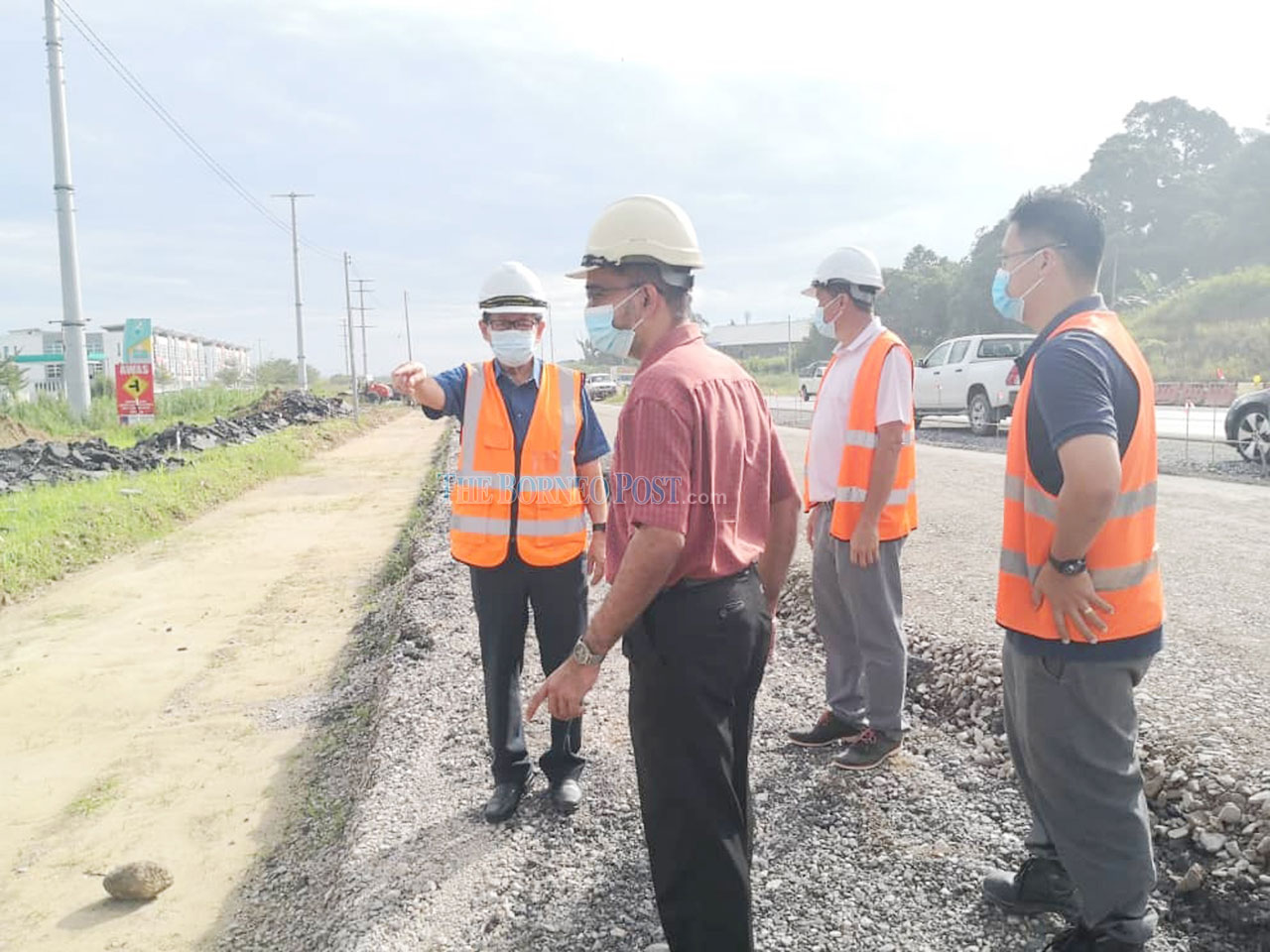 Lee (left) is being briefed by the project consultant and contractor about the Pan Borneo Highway project.

Transport Minister Datuk Lee Kim Shin said this was made possible with the tarsealing of an access road at the traffic light junction at old Riam Road.

“I am happy that the (project) consultant and contractor have been working closely with the Public Works Department in resolving this problem.

“My office received a number of complaints from road users on the worsening traffic congestion at this stretch of the Pan Borneo Highway, as they had to use the (formerly) gravel access road. Now that it has been tarsealed the traffic flow is now smoother,” Lee told reporters when visiting the site yesterday.

He also said a section of the road had to be closed to allow for smoother construction of a flyover across the intersection at the traffic light to the airport junction.

“Construction works are being done from 11pm to 5am daily,” he said.

Lee said he was confident that the traffic flow would be smooth flowing by the middle of next year, when works are completed at the 15km section of the Pan Borneo Highway stretching from the junction at the traffic light to Miri Airport and right up to the traffic light near the Go Kart area in Permyjaya.

Lee, who is also Senadin assemblyman, said efforts were also being taken to address two other pertinent issues affecting the local residents along this stretch of Pan Borneo Highway.

For the flash flood, Lee said the contractor had been directed to immediately clean the earth drain and the main storm drains.

They also have to work closely with the PWD and the Drainage and Irrigation Department (DID) to look into the drainage system as a long term measure to prevent flooding, especially  in the low-lying areas.