Wednesday, August 4
You are at:Home»Business»Samaiden debuts on Bursa with 108.3 per cent premium 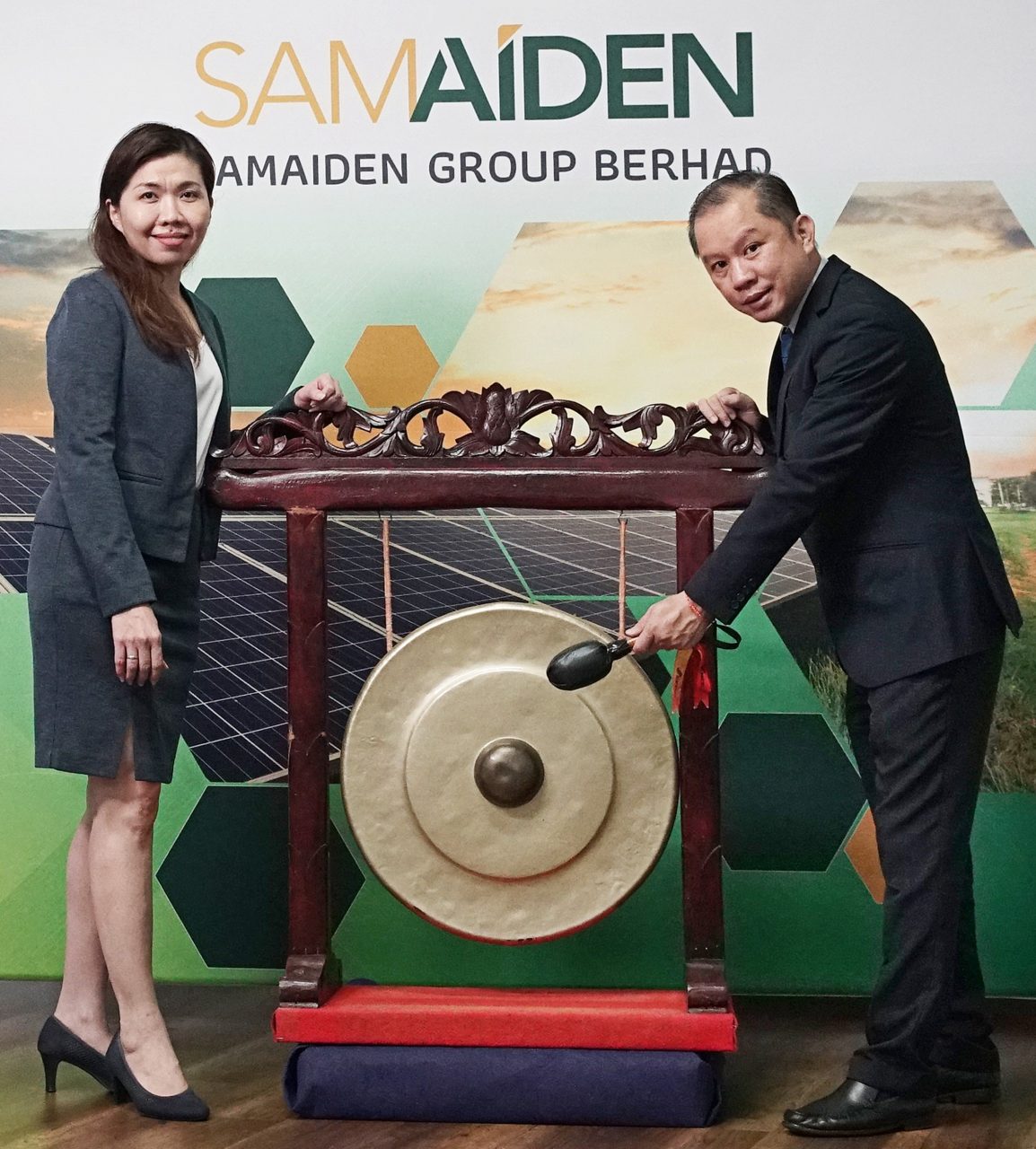 KUCHING: Samaiden Group Bhd (Samaiden), principally involved in engineering, procurement, construction and commissioning (EPCC) of solar photovoltaic (PV) systems and power plants, was officially listed on the ACE Market of Bursa Malaysia Securities Bhd this morning under the stock name of ‘SAMAIDEN’ and stock code of 0223.

The ceremony was held virtually as a result of the conditional movement control order, which started on Wednesday.

Samaiden shares opened at RM1, representing a 108.3 per cent to its initial public offering (IPO) price of RM0.48, with an opening volume of approximately 9,230,800 shares.

The listing exercise successfully raised RM29.3 million of which RM7.0 million will be utilised to purchase a new corporate office. The Group is also allocating RM2.5 million for its business expansion and marketing activities and RM16.6 million has been earmarked for capital expenditure and working capital. The remaining RM3.2 million will be used for listing expenses.

The market presented a strong demand for Samaiden shares. Of the public issue of 61.155 million new shares, 10.5 million were made available for the Malaysian public, which were oversubscribed by 56.52 times.

She added, “We have finally reached here today, symbolising a meaningful milestone of our journey. The success of our listing today will spur us to continue to work diligently and to pursue our growth, elevating Samaiden to the next level of possibilities that we can achieve for our business.

“We are now ready to take on new challenges and to position Samaiden competitively in the industry. Our business expansion plans in the pipeline will continue to augment Samaiden to its full potential with its multiple avenues of growth prospects.”

Previous ArticlePublic advised to stay home during EMCO in Lahad Datu
Next Article It must have been love but it’s over now for Sibu woman scammed of RM47,500