Thursday, December 3
You are at:Home»News»SRDC comes up with plan on making Sibu Jaya a more pleasant place 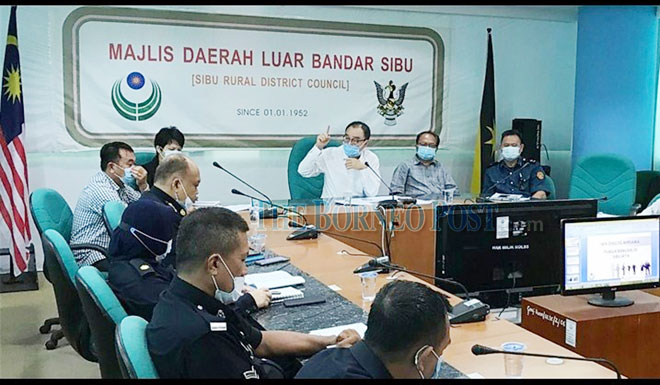 SIBU: Sibu Rural District Council (SRDC) has come up with a seven-point regulation to help build a win-win situation between the Sibu Jaya car workshop operators and the residents of the area.

Its deputy chairman Wong Ching Yong said the plan was not aimed at embarrassing or making life difficult for the workshop operators and car dealers.

“Instead, it is aimed at helping the businessmen to provide the customers a more hygienic environment to help turn Sibu Jaya into one of the best townships in Sarawak,” he said during a dialogue with the Sibu Jaya car workshop operators and car dealers in Sibu Jaya recently.

Among those who attended the dialogue were representatives from the Police and Road Transport Departments.

Wong said the dialogue was held after he received feedback from the residents of Sibu Jaya on the problems posed by the car workshop operators and car dealers in the vicinity.

Under the seven-points plan, Wong said all car workshop operators should comply with Articles 22, 26 and 28 of the Cleanliness By Law under Local Authority Ordinance 1996, failing which they will face a fine of RM3,000.

He said all car workshop operators must not block the traffic at any time.

To use the ramp, he said the operators must obtain a permit from the council.

“The fee is RM50 per parking lot per month and each operator can apply for a maximum of four parking lots.”

He said they should also ensure at all times that they would not cause any noise pollution and must immediately remove the mud spilled during the car wash process.

He said they were not allowed to store any discarded goods such as discarded cars along the five-foot way and parking spaces.

He said used engine oil should also be properly disposed of.

“Do not pour it into the drains which cause environmental pollution. Under the Sarawak Natural Resources and Environment Act, offenders will be fined up to RM3,000.”

He said the seven-point regulation was approved by the SRDC Business Licensing Committee on Oct 6 and would be implemented on Nov 1, 2020.

“We hope to achieve a win-win situation whereby the businessmen would operate profitably while the people in Sibu Jaya can live in a conducive environment.”

Previous ArticleLee: Massive jam between traffic light junctions no more
Next Article 4 found with subsidised diesel, petrol worth over RM2,400