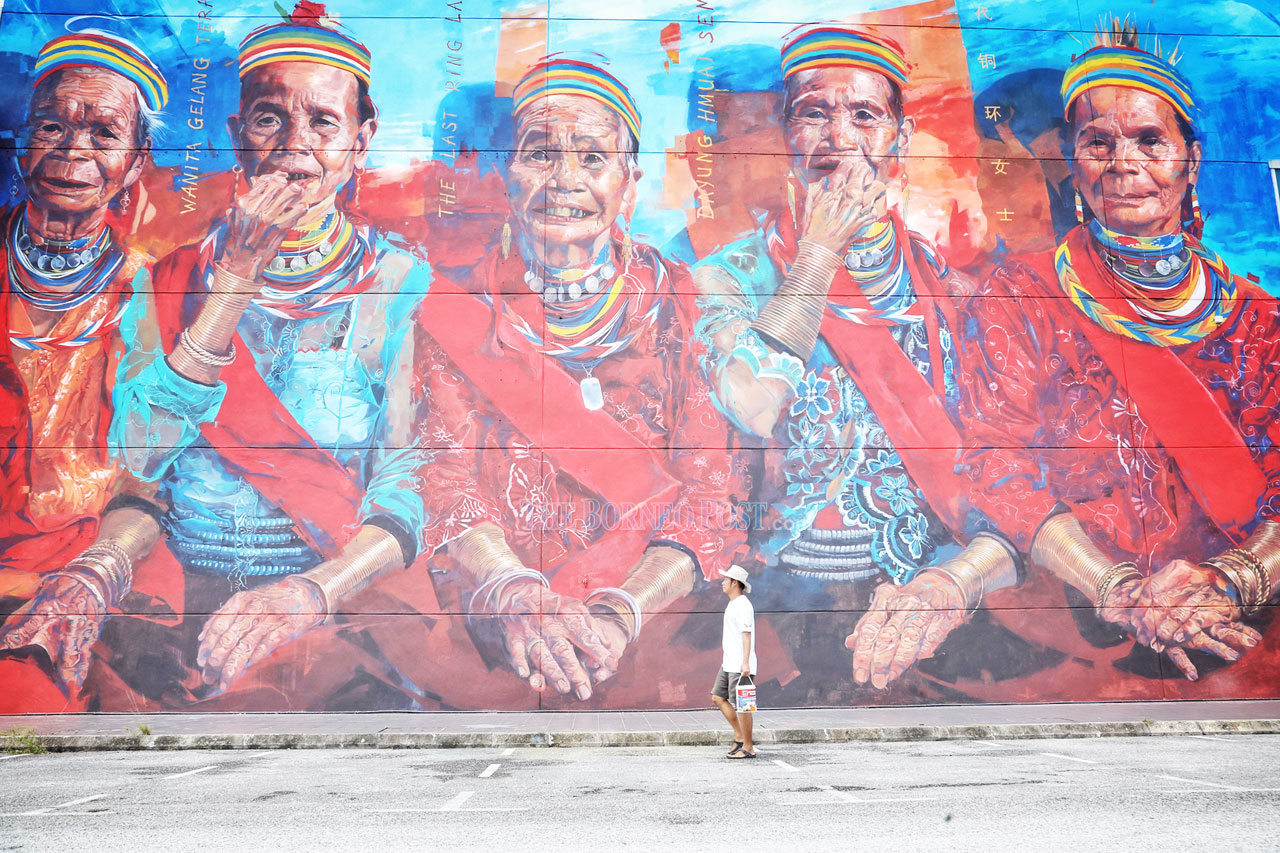 Siaw (below) is seen walking pass the mural after applying some final touches. — Photo by Chimon Upon

Siaw, who started painting the mural on June 30, said he felt very excited to have completed the work after a period of four months. He had initially targeted work completion in September.

“The biggest challenge was the unpredictable weather nowadays such as the rains in September.

“Though work is completed, I am now just applying finishing touches on the mural,” said the 33-year-old artist when met yesterday.

They are pictured wearing the coiled copper rings on their forearms and calves which symbolise beauty among the Semban, a sub-tribe of the Bidayuh.

According to previous news reports, these ring ladies have been wearing the coiled copper rings, known as ‘ruyang’ and ‘rasung’ at their forearms and calves, since when they were 10 years old.

They are also members of the Kampung Semban cultural troupe, who are often invited to perform at state and national events.

In 2016, the group was invited to perform at the Lo Spirito Del Pianeta, an international festival of indigenous peoples and tribal groups, in Milan, Italy.

One of the ring ladies, Ranyu Daiee, passed away at Kampung Semban on Oct 2. She was 83 years old.

Project manager Evangeline Thian was quoted in a previous news report as saying the idea for the mural came about following the premiere of a Sarawakian-made documentary about the ring ladies last year.

She said permission had been sought from the ring ladies for the mural painting.

“We want to recognise and preserve the ring ladies because it is a dying culture. There are only five of them left, ranging in age from 69 to 94,” she had been quoted as saying.

It was also reported that the project is supported by the state Tourism, Arts and Culture Ministry and Padawan Municipal Council.