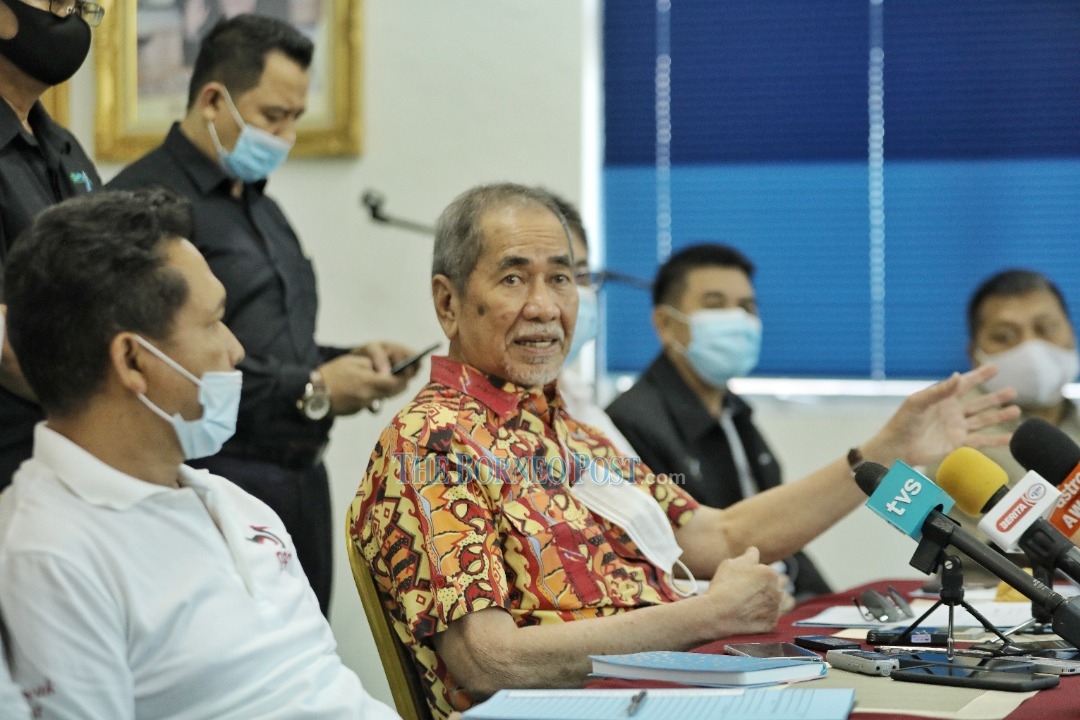 Wan Junaidi speaking to reporters after the GPS liaison committee meeting. – Photo by Chimon Upon

The Parti Pesaka Bumiputera Bersatu supreme council member felt that the two factors would determine when the polls could be held safely, although he agreed that the state did not have much time left before the expiry of the Sarawak Legislative Assembly.

“Personally, I’d look at all angles (especially on the) history angle to determine whether we ever had an election during this period because we’re going to face the ‘landas’ season very soon.

“We should also look at what were the problems faced (and) likely to face again if we hold it during this time,” he told reporters a Gabungan Parti Sarawak (GPS) liaison committee meeting at his service centre here.

Wan Junaidi, who is also the Entrepreneur and Cooperatives Development Minister, said the state also could not avoid having to deal with the Covid-19 pandemic but he disagreed with likening the state’s situation with Sabah.

“Another issue is that of course, people are now talking about Covid-19. We’ve seen what happened to Sabah and it looked really bad – but still we cannot compare ourselves to Sabah for reason that our term of office is nearly expiring.

“So we have very little option – we must have an election,” he said.

Former Sabah Chief Minister Datuk Seri Shafie Apdal had sought the dissolution of the state assembly after his predecessor Tan Sri Musa Aman claimed to have the majority support in the august House.

In the snap polls held in September, Sabah saw a major surge in the number of Covid-19 cases and the state has since become the largest contributor of cases to the country’s daily tally.

When asked if a health emergency should be declared due to the pandemic, Wan Junaidi said it was unnecessary.

He asserted that an emergency was associated with matters that concern the country’s defence and security, adding that by precedent, health had never been seen to be as an emergency declared by any country in the world to avoid constitutional duty.

“Particularly, I don’t really like an emergency for the reason that it suspends the Parliament and the constitution – that means that we’re at the mercy of the people who administer the country,” he said.

As the Sarawak legislative assembly will expire in April next year, there have been much speculation that the polls would be held soon after Chief Minister Datuk Patinggi Abang Johari Tun Openg told PBB members recently to be prepared for the polls “at any time.”

PBB senior vice president Datuk Seri Michael Manyin had also said that the polls were likely to be held between November and the early part of next year.