Tuesday, October 26
You are at:Home»News»‘Why the long delay in project completion?’ 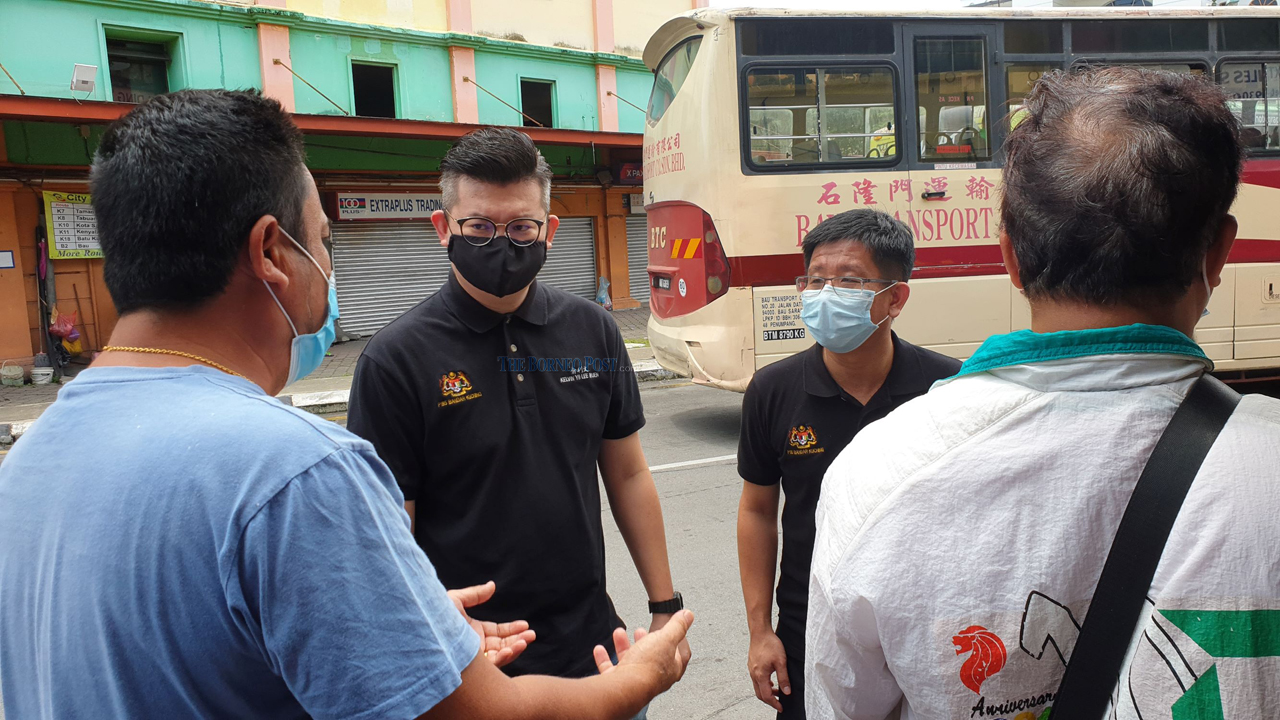 Dr Yii (second left) seen speaking to one of the business owners in the area. 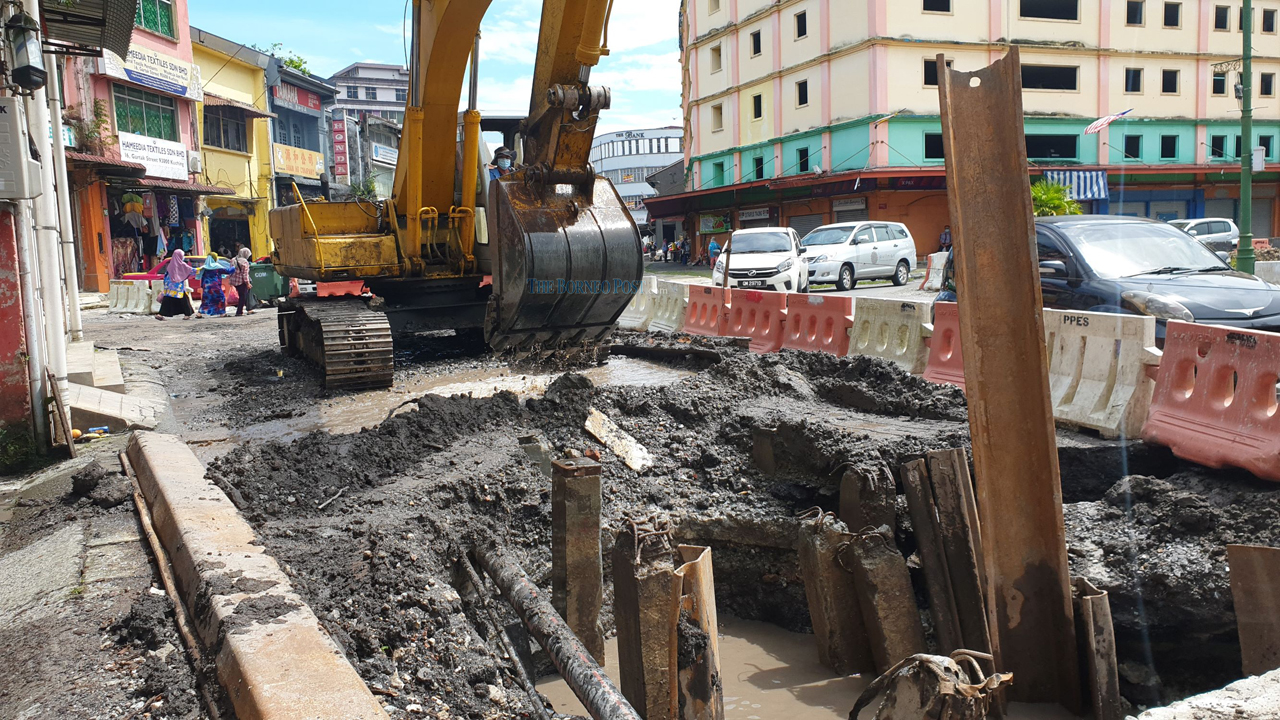 Work on the new drainage outlet along Jalan Masjid, Jalan Market and Lebuh Java is not completed yet.

KUCHING: There is an urgent need to expedite the long delayed construction of the new drainage outlet for storm water discharge at Jalan Masjid, Jalan Market and Lebuh Java that costs about RM7 million which was first expected to be completed by January 2019, says Bandar Kuching MP Dr Kelvin Yii.

He said, however, until now there is slow progress in the construction which has caused so much inconvenience and also posed significant danger to road users, and also business owners and those working in the vicinity.

“I have written an official letter to the Kuching North City Commission (DBKU) Datuk Bandar to request his urgent intervention as well as to facilitate a dialogue between him and the contractors involved for us to better understand the problem that is being faced and more importantly the progress of the whole upgrades,” said Dr Yii in a statement yesterday.

He added such long delay without proper cause is totally unacceptable, especially for the people that are directly affected by it.

“Surrounding areas, business owners and road users have told us how the long-delayed construction has affected their business and livelihood. On top of that, there is a government clinic in the area which is also constantly filled with members of the public who come to seek medical
attention. Such delays are not just affecting their livelihood but putting their lives and safety at risk,” he said.

He further explained that on October 8, a flash flood happened in the area due to heavy downpour and because of it, the road dividers that were supposed to separate the construction site and the road floated away, which significantly endangered road users who could not see the divide and risked them driving into the hole and area that was still under construction.

“Our Bandar Kuching team was on the ground swiftly to help place back those dividers to avoid any unwanted accidents that may even cost lives.

“Due to the delay, that area still experienced flash floods when it was supposed to solve the flash floods problem in Kuching itself. That is why, for the good and convenience of the public, a proper dialogue between DBKU and the contractors is urgently needed, so we will also understand the situation better and better inform the public,” he said.