Sunday, September 19
You are at:Home»World»China’s economy to pick up pace in Q3: AFP poll 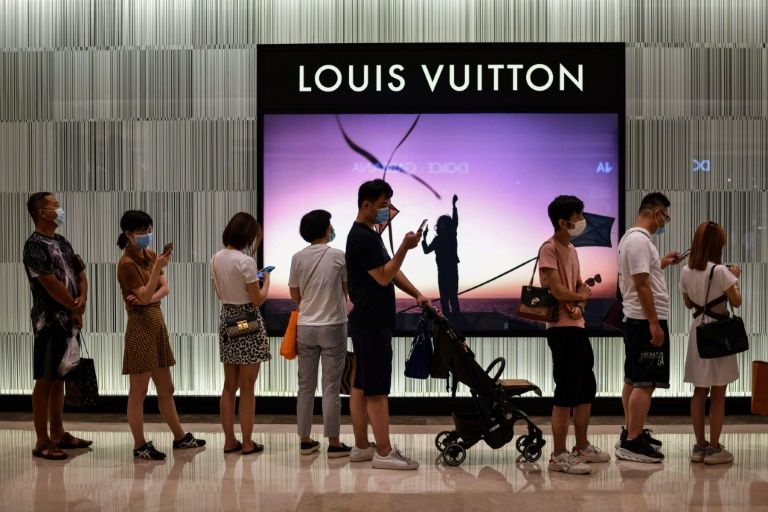 With the coronavirus largely under control across the country and most social distancing measures lifted, China’s consumers are growing more confident to go shopping again. AFP Photo

China’s economic recovery gathered pace in the third quarter, according to an AFP poll of analysts, with consumer spending gradually picking up as coronavirus fears eased, helping a wider rebound spurred by investment and exports.

Growth in July-September is expected to come in at 5.2 percent when official data is released Monday, bringing the world’s second-largest economy closer to last year’s 6.1 percent annual expansion, even as countries around the world struggle to contain the deadly pandemic.

With the virus now largely under control in China, most social distancing measures have been removed — and consumers have streamed back into restaurants and malls, hopped on flights and trains for domestic holidays and packed tourist districts.

AFP’s survey, involving analysts from 13 institutions, also forecast full-year growth of 2.3 percent, slightly above the International Monetary Fund’s forecast, which tagged China as the only major economy likely to expand this year.

“China’s stimulus has differed from that of much of the region with its focus on the industrial sector and construction, rather than for small and medium-sized enterprises or direct payments to the unemployed,” said Moody’s Analytics economist Xu Xiaochun.

Nathan Chow of DBS Bank added that the biggest boost came from investments, especially those driven by the government, while overseas demand has also improved.

While consumer spending has lagged behind, it is catching up “at least among middle- and upper-income households”, and retail sales are nearing their levels of late 2019, Xu said.

But economists maintained that growth will be modest and driven mostly by production rather than services, adding that lingering uncertainty has led to an increase in savings.

HSBC analysts added in a recent report that China’s recovery has been “highly uneven”, stressing a rebound in the private sector will be “essential for a sustainable economic recovery”.

Economists warned, however, that a sharp rebound is unlikely for Chinese consumer demand given the anxiety surrounding the coronavirus, while global tensions are also weighing on the external market.

Tommy Wu, lead economist at Oxford Economics, said analysts are still “waiting for signs of a more significant improvement in employment, which will underpin consumption”.

Consumers will remain wary about buying large amounts of goods and services during economic uncertainty, while “the external market is not likely to help the Chinese economy either”, said Raphie Hayat, senior economist at Rabobank.

“China’s tensions with several countries are increasing, while some of its trading partners are experiencing second wave outbreaks of the virus.”

This could boost certain exports such as protective equipment and electronics but the effect will “likely be more than offset by generally weaker external demand”, he added.

Wu said the pace of recovery is likely to slow in the last three months of the year, as credit to real estate and infrastructure investment decelerates. — AFP