Thursday, October 22
You are at:Home»News»CM rolls out master plan to spur devt in Belaga 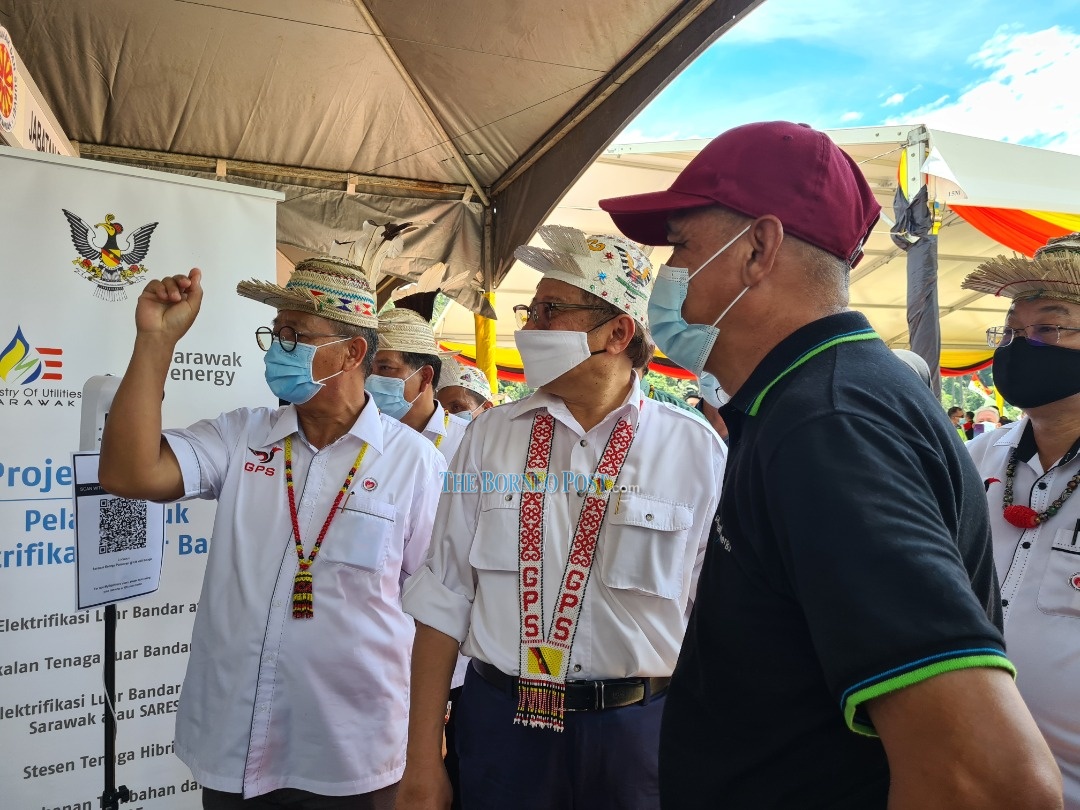 Johari (second left), Masing (left) and others visiting a booth at the waterfront.

He said this included a new housing development, new commercial centre and other developments across the river similar to Petra Jaya in Kuching.

Abang Johari also said that he had a plan to build roads from Kapit to Belaga.

“To come to Belaga is not easy – you have to go through the Pelagus Rapids and many lives were lost because of the rapids. This is the aspect that we are taking into consideration,” he said when speaking at the officiating ceremony of the Belaga Waterfront today.

Abang Johari also urged the people to continue to give Gabungan Parti Sarawak (GPS) a mandate in the coming state election so as to enable them to fulfill the people’s aspirations.

He pointed out that as his term was coming to an end, he could not promise the allocation requested by Belaga assemblyman Liwan Lagang, but he would consider the development funds requested by Liwan if he was given the mandate in the coming state election.

“My term is finishing; I cannot promise anything now. However, if GPS is given the mandate again, I will consider all those plans for the sake of further development of Belaga,” he said.

Abang Johari pointed out that development plans required a lot of funds, thus his cabinet was committed to finding ways to generate income for the development of Sarawak.

Meanwhile, Abang Johari added that the state government would continue to give comprehensive policies in the state, especially for rural areas and fishermen.

He also announced the allocation of RM20 million for the construction of Town Square at Belaga.