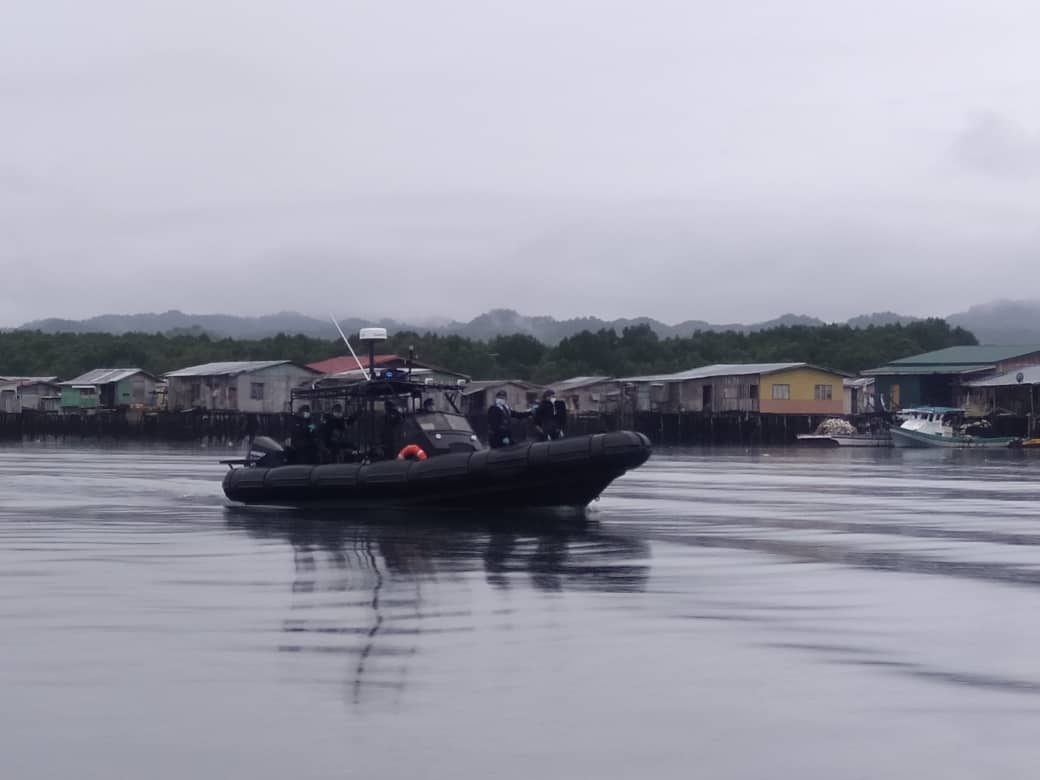 A police force vessel patrolling at an Enhanced MCO area in Lahad Datu.

LAHAD DATU: The marine police here are not only responsible to stand guard over state waters but also involved in efforts to curb the spread of Covid-19.

Gan said in the efforts to safeguard our maritime areas and prevent the spread of Covid-19, they have deployed 10 assets comprising patrol boats and ships.

He said the assets are responsible in tracking down as well as taking action against those on land and sea skippers (Tekong) as well as cripple any activities violating the law.

“During the implementation of CMCO, marine police will be in charge of ensuring the movement of small boats in Eastern Sabah Sceurity Zone (ESSZone) are for fishing or getting daily necessities only during the allowed time which is from 6 am to 2 pm.

“While fishing boats registered under the Fisheries Department movement are from 6 am to 6 pm but this permission is subject to the permit issued by the respective District Police Chief,” he said.

According to Gan, all non-conventional ships from Indonesia and the Philippines for barter trade and transhipment are not allowed.

He said since the implementation of Op Covid Benteng began on October 10 until yesterday, they have inspected 72 boats or vessels as well as 163 individuals.

“We (Marine) are more into the approach of educating the community in which we did not take action but advised them to comply with the Standard Operating Procedure (SOP).

“Therefore, any boats that attempt to make district border travel are ordered to turn back to their respective areas,” he said.

In the meantime, Gan said they also assist the District Police and Health Ministry during the swab screening test.

He said they will cordon off the areas as preparation if there is any individual(s) who attempt to escape from taking the test through the waters.

“We are facing some constraints such as lack of assets and manpower as 13 of our members are under quarantine to cover our waters 100 per cent.

“However, we took approach by collecting information from our resources and focus in the areas such as rat trails that have been identified.

“Therefore, we hope the maritime community could channel any information to us to ensure our security and public order is under control,” he added.