Saturday, January 23
You are at:Home»News»SUPP postpones party elections to ready its members for next state election 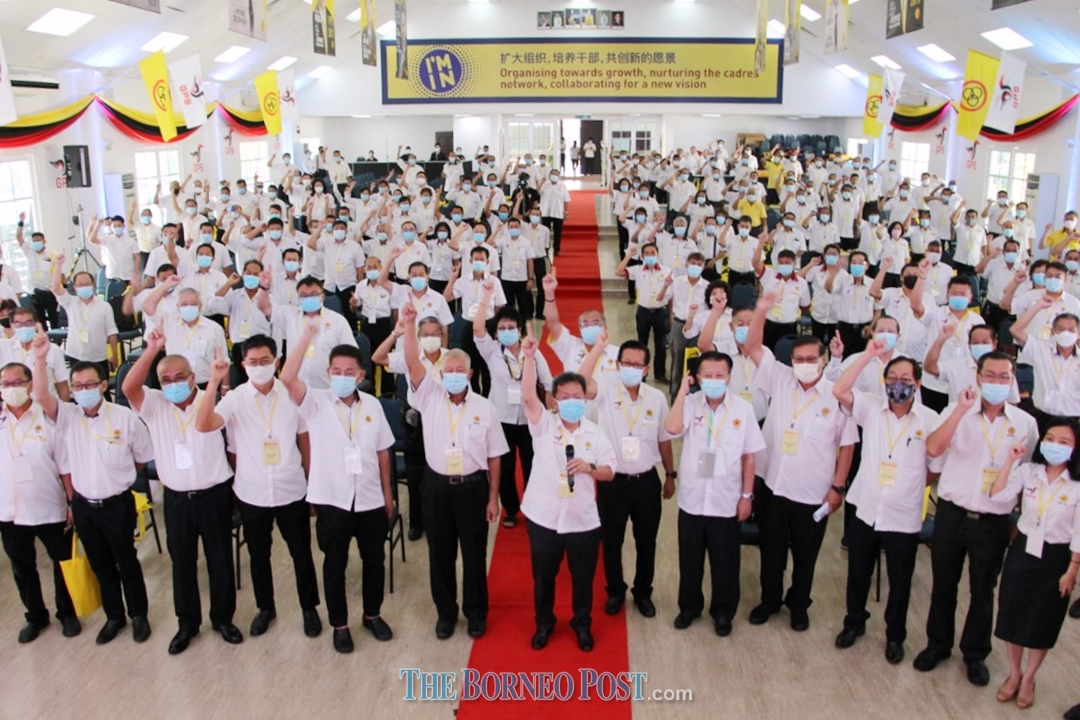 Dr Sim (centre, holding microphone) poses for a group photo with the delegates who attended the party’s annual conference at the party’s headquarters here today.

KUCHING: Sarawak United Peoples’ Party (SUPP) has postponed its party’s elections in order for its members to prepare for the next state election due next year, said party president Dato Sri Dr Sim Kui Hian.

“SUPP has decided to postpone its party elections till next year so that all members can be fully focused on the next state election,” Dr Sim told the press after chairing the annual SUPP Delegates Conference 2020 at the party’s headquarters here at Jalan Tan Sri Ong Kee Hui today.

The party’s elections, held once every three years, was originally planned to take place this year.

Dr Sim said the party’s central committee had decided to postpone the election on Friday and that decision had been unanimously accepted by delegates who attended the party’s annual conference today.

The party president added that the party’s members were in high spirits to face the next state election under the Gabungan Parti Sarawak (GPS) banner and were also willing to provide their outmost cooperation in view of the latest developments on the political front.

“I am heartened that our party is united and the unanimous support for the decision to postpone the party’s election was evident of the strength of the party.

“Despite the country now facing a new wave of Covid-19 cases, the fact that party members across the state had made the effort to attend the conference this year had shown their love for the party and the state.”

On separate note, Dr Sim said the party had passed seven resolutions that were mostly focused on the fight for a better future for the state and they would be submitted to the GPS coalition chairman and Chief Minister Datuk Patinggi Abang Johari Tun Openg tomorrow (Oct 18).