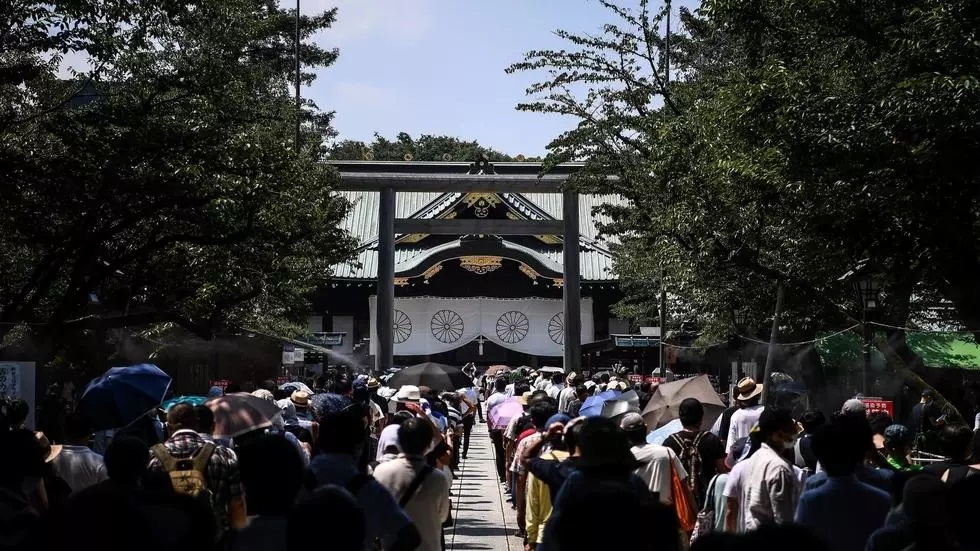 Japanese Prime Minister Yoshihide Suga sent a ritual offering Saturday to the controversial Yasukuni war shrine, which is seen by neighbouring countries as a symbol of the nation’s past militarism, especially during World War II.

Yasukuni honours some 2.5 million war dead, mostly Japanese, who perished in the country’s wars since the late 19th century.

But it also honours senior military and political figures convicted of war crimes by an international tribunal after WWII.

But Suga is not expected to make a pilgrimage during the two-day biannual event, local media reported, as he will start a four-day trip to Vietnam and Indonesia on Sunday, his first overseas visit as premier.

Abe visited the shrine in 2013, sparking fury from wartime foes China and South Korea, and earning a rare diplomatic rebuke from close ally the United States.

Since then, Abe refrained from paying tributes at the shrine in person but other conservative politicians continued, in particular on August 15 to mark Japan’s WWII surrender.

Abe visited Yasukuni days after he resigned in September. – AFP