Sunday, November 1
You are at:Home»News»SUPP committed to delivering state, parliamentary seats for GPS in next polls, says Dr Sim 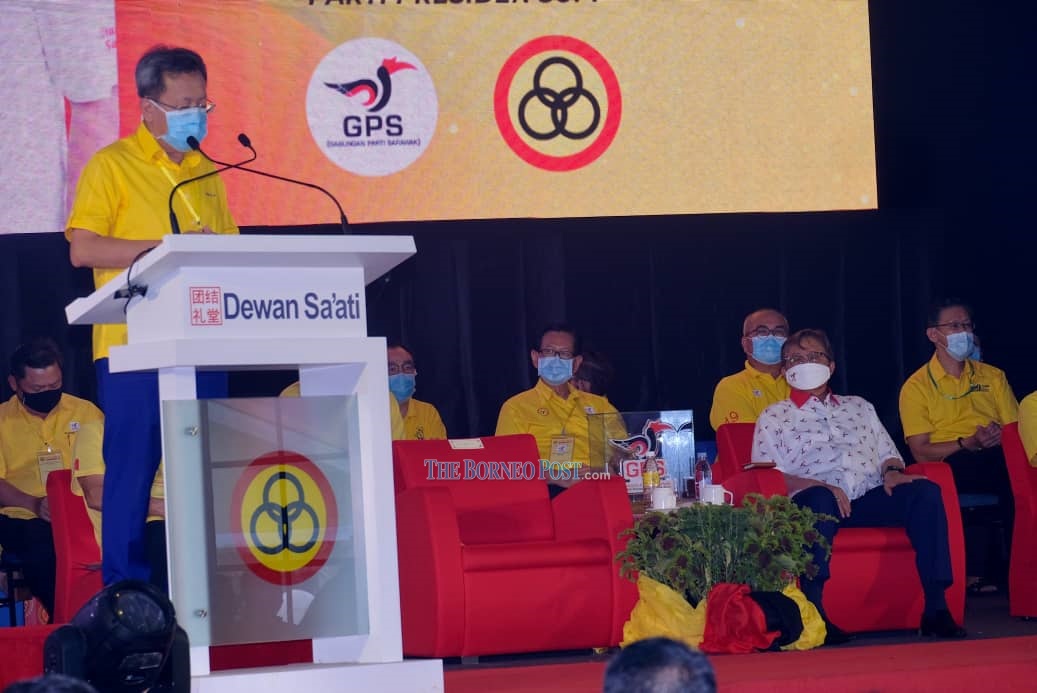 Towards this end, the Local Government and Housing Minister said the four component parties of GPS namely SUPP, Parti Pesaka Bumiputera Bersatu (PBB), Parti Rakyat Sarawak (PRS) and Progressive Democratic Party (PDP) must work together to ensure victories for all.

“We cannot afford to have internal fights in any kawasan (seat). SUPP is able to deliver the 27 seats for GPS to achieve a prosperous Sarawak,” he said before Chief Minister and GPS chairman Datuk Amar Abang Johari Tun Openg closed the SUPP Special Convention 2020 at the party’s headquarters here.

The 12th state election, which is due by mid-2021, may be called any time soon, and Malaysians went to the polls for the 14th general elections in May 2018.

Barisan Nasional (BN) lost Putrajaya to Pakatan Harapan (PH) after the 2018 elections. GPS was set up after the four component parties in Sarawak decided to pull out of BN.

Dr Sim said Abang Johari had ensured that GPS stepped out of its comfort zone and kept on growing during the 22-month rule of PH at the federal government.

Under the leadership of Abang Johari, Dr Sim said Sarawak’s revenue had increased from RM6 billion in 2018 to RM10 billion this year.

He believed that the state’s revenue would probably hike to RM15 billion after 2023.

“With the generous funding by Abang Johari for Unifor (Unit for Other Religions), Chinese education, this marks the beginning of Bangsa Sarawak where jobs, opportunities, funding are given irrespective of race and religion,” he said.

He also lauded the chief minister for setting aside RM2.25 billion under the Bantuan Khas Sarawakku Sayang (BKSS) to help Sarawakians cushion the impact of the unprecedented Covid-19 pandemic.

“The trust and generous support for SDMC (Sarawak Disaster Management Committee) resulted in Sarawak being the safest place in Malaysia despite being surrounded by ring of raging fires from Peninsular Malaysia, Sabah and Kalimantan.

“We thank the solidarity and united efforts of every Sarawakian against Covid-19 to keep Sarawak safe,” added Dr Sim, who is advisor to SDMC.