Thursday, October 22
You are at:Home»News»Sabah»Temporary tents for hawkers in Putatan 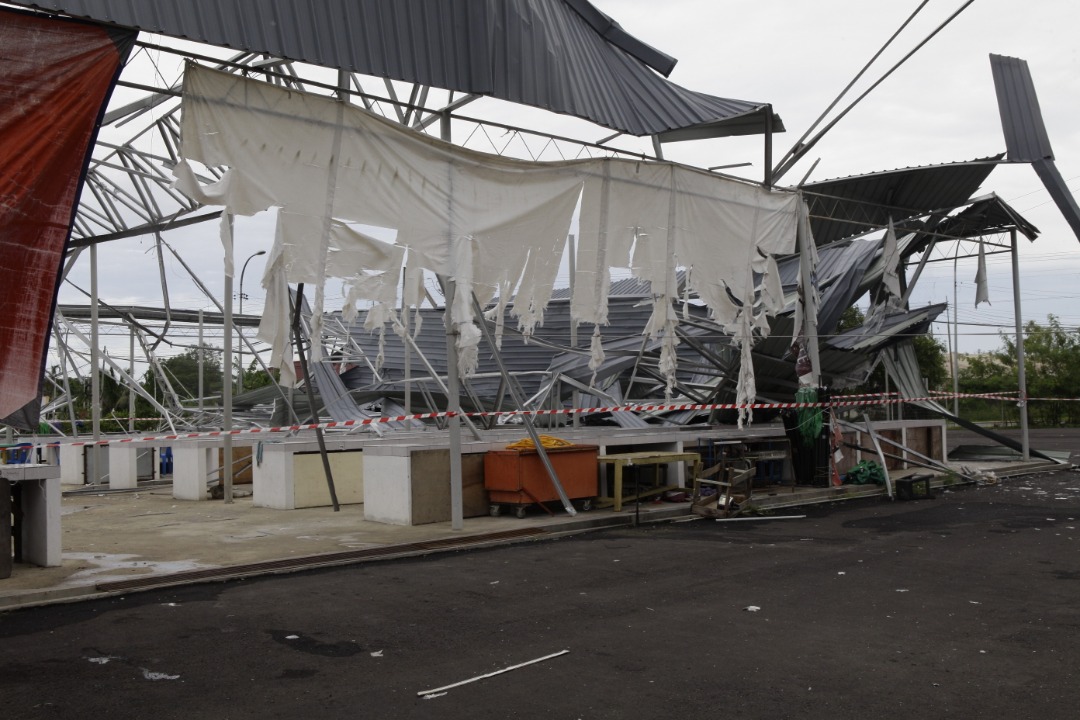 The extensive damage caused to the Putatan temporary market.

Community Development and People’s Wellbeing Minister, Shahelmey Yahya, said the local authority would also do the same for the hawkers in Kampung Pasir Putih whose stalls were also damaged.

Shahelmy said this after inspecting the aftermath of the storm which occurred from about 9pm two nights ago.

According to him the storm caused extensive damages to the market and stalls to the extent that some of the hawkers not being able to open for business.

“However the relevant authorities together with the Putatan district council have agreed to provide temporary tents for those affected so that they can conduct their daily business,” he said.

He later visited a few houses in Kampung Pasir Putih Putatan which sustained structural danage after the storm blew off part of the roof.

Shahelmy later inspected SK Pekan Putatan which also sustained some damages due to the storm.

The strong winds on Friday night lasted about 15 minutes followed by heavy rain till about 1am on Saturday.