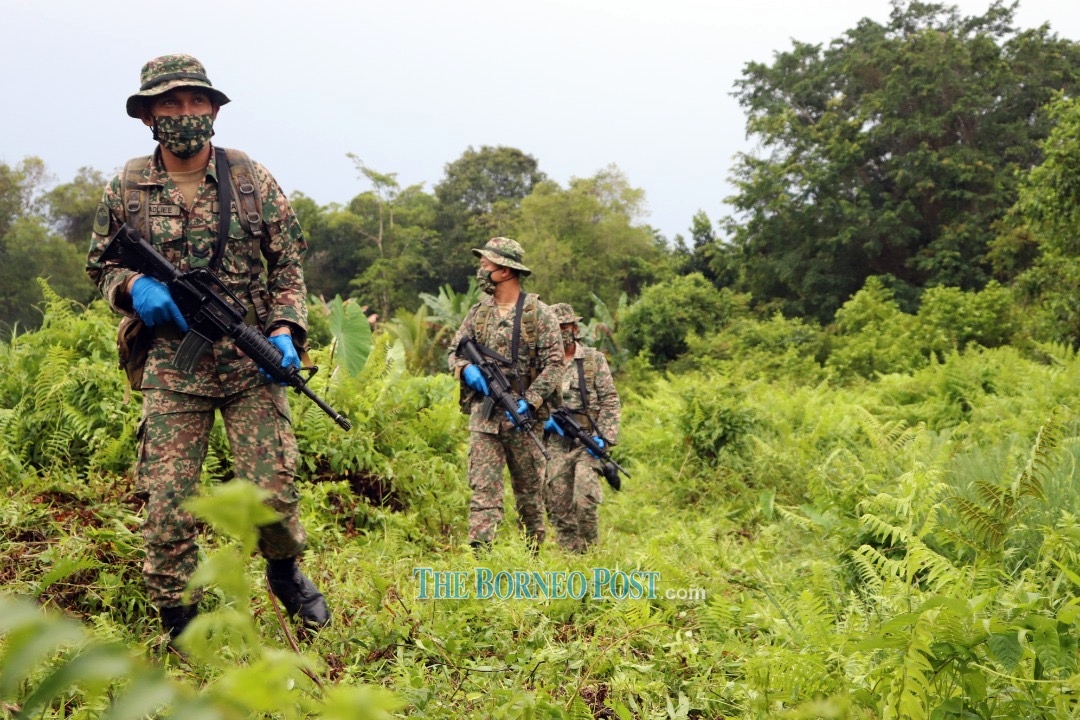 Border control and patrol conducted in one of the land border sectors in Sarawak by the Army.

KUCHING (Oct 20): The security forces have detained 497 illegal immigrants and 28 skippers who attempted to enter and exit Sarawak via illegal border tracks (jalan tikus) between May 1 and Oct 18 during Op Benteng.

“As a measure to curb the spread of Covid-19 by illegal immigrants, the Op Benteng under National Task Force (NTF) coordinated by ATM as an the leading agency continues to increase its vigilance in border control in Sarawak, be it at land or maritime borders.

“This aspect of vigilance is given attention, especially looking into the increasing situation of the pandemic in Sabah. This control also focuses on the illegal border tracks (lorong tikus) that becomes the hotspots for illegals to enter and exit Sarawak, ” the Armed Forces said in a statement today. 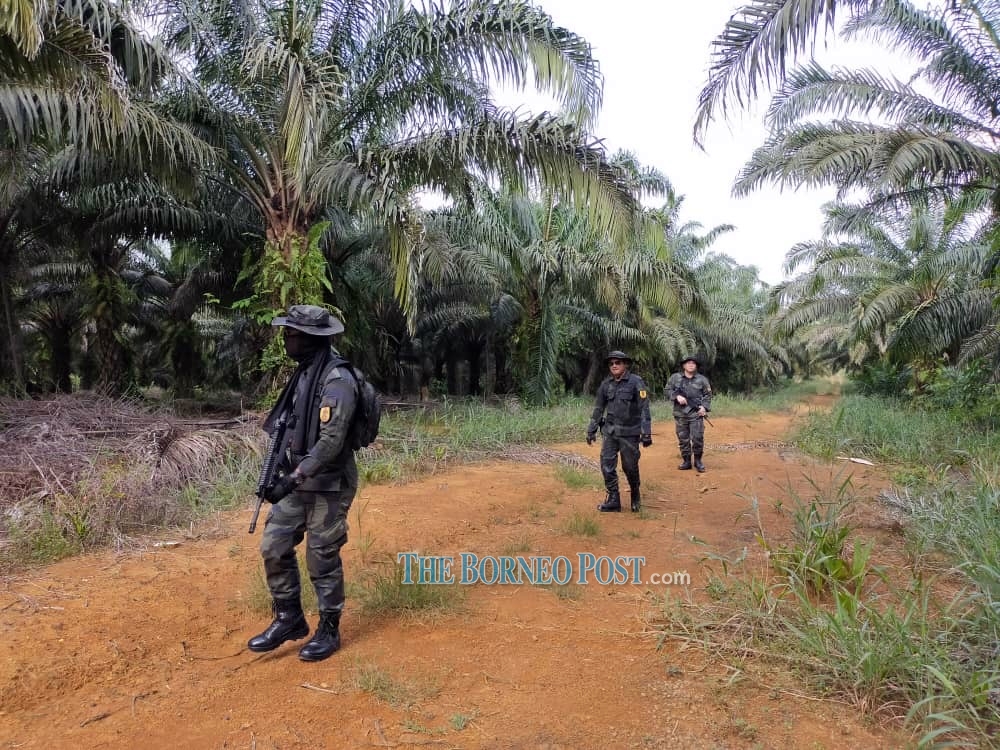 “The community, especially in Sarawak, is urged to cooperate by providing any information regarding illegal immigrants, smuggling activities, border encroachment or any cross-border criminal activity through the NTF Operations Center hotline (011-6251 1223).

“The cooperation from all parties is greatly appreciated in the effort to ensure that this operation can be carried out successfully.”