Thursday, February 2
You are at:Home»News»Court rules against longhouse folk in Tanjung Manis seeking NCR status for 15,000ha
For the freshest news, join The Borneo Post's Telegram Channel and The Borneo Post on Newswav. 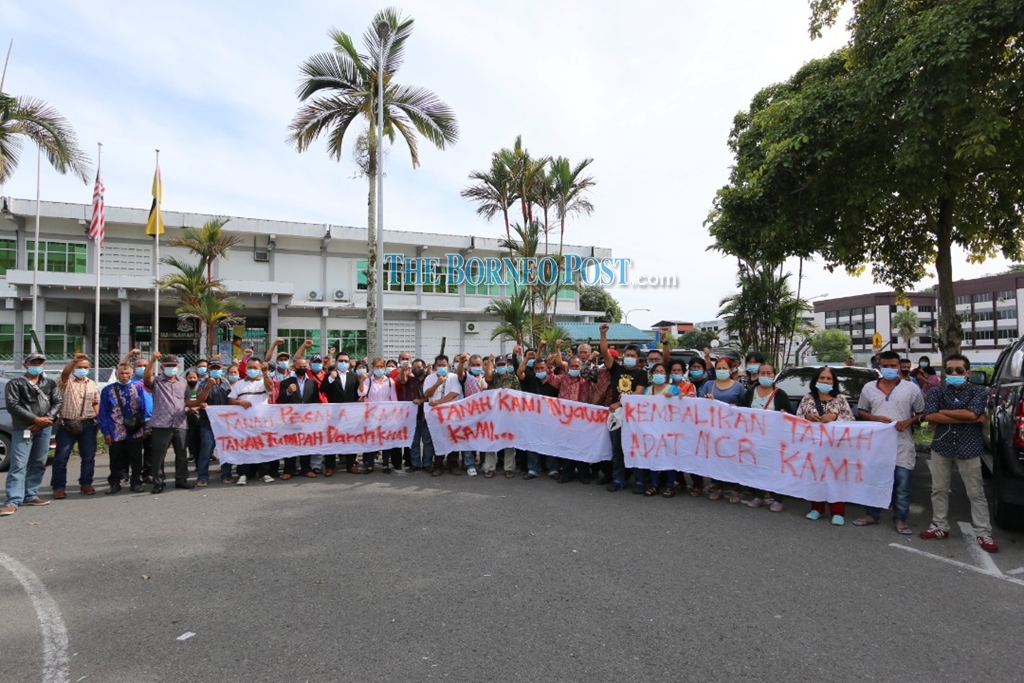 The plaintiffs expressing their displeasure after the court delivered its decision. – Photo by Jane Moh

SIBU (Oct 21): The 173 longhouse folk in Tanjung Manis who filed a suit against the state government, and the Land and Survey Department, for the declaration of native customary rights (NCR) land and land title have lost their case in the High Court here this morning.

They had claimed NCR over 15,000 hectares in Sungai Sebayang, Tusok, Batang Belawai and Tanjung Manis.

Judicial Commissioner Christopher Chin Soo Yin ruled that the plaintiffs had failed to establish a credible claim that they or their ancestors had created NCR over such lands prior to 1958 and have since been continuously cultivating and occupying the same area.

Chin said some of the plaintiffs were not even sure of the extent of the area claimed and could only point to certain precise areas they or their ancestors allegedly farmed.

He said one of the prosecution witnesses conceded that he or their parents had already received compensation from the government upon the extinguishment of their NCR.

“The testimonies of the plaintiffs were self-serving which carry little or no weight in the absence of some other credible corroborative evidence regarding whether there was NCR created in the disputed area.

“In short, in the absence of credible supporting evidence, the plaintiffs’ evidence are mere assertions,” he said.

He thus dismissed the claim by the plaintiffs and ordered RM3,000 in cost to be paid to each of the defendants.

Lawyer acting for the plaintiffs Abdul Raafidin Majidi said they would continue to fight to ensure that their rights would be given back to the claimants.

“We are frustrated that we’ve lost the case. However, we can still file an appeal against the decision of the High Court. We still want to fight. We have 10 days to file the notice of appeal,” he said.

The suit was filed in September 2019 after provisional land leases were granted to state-owned Pusaka Capital Sdn Bhd in 2017 and 2018.

The plaintiffs claimed that the provisional land leases encroached upon their NCR land.

They said that prior to the issuance of the provisional leases, they had through multiple correspondences or letters to various parties requested that their NCR land be surveyed.

The plaintiffs also voiced their objections in the correspondence on the provisional leases but did not receive any reply.

They claimed that their ancestors had occupied the area as early as 1875 and had since cultivated the land.

They also claimed that they have been deprived of their land which is their sources of food and income.

The plaintiffs had also applied for a prohibitive injunction restraining Pusaka, its contractors, subcontractors, and employees from trespassing, clearing, using or occupying the NCR land.

They also applied for an injunction against Pusaka to cease operation and remove all structures, equipment and machineries there. At the same time, they had claimed damages.