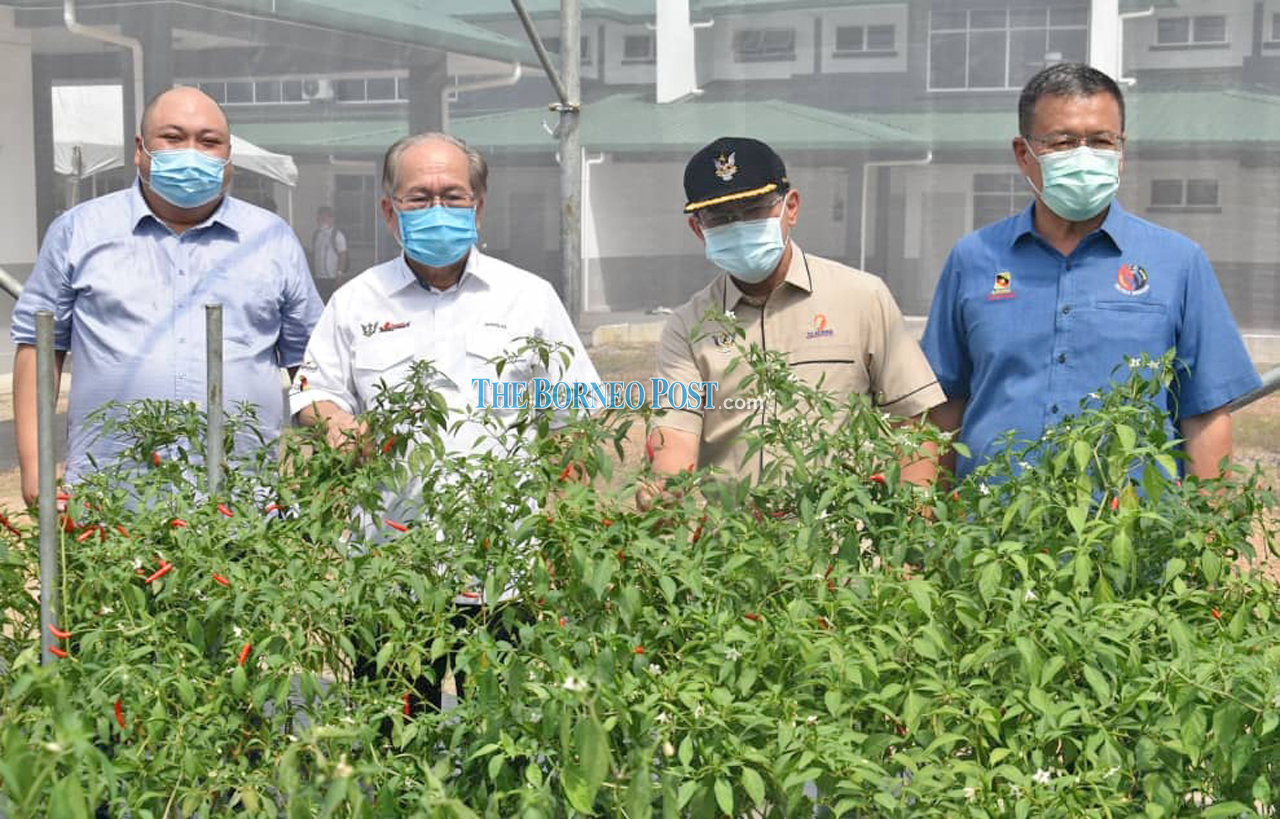 (From left) Allan, Uggah, Edwin and Chai at a fertigation farming demonstration unit put up as part of the opening programmes.

The RM4 million office sits on a 1.2 ha site near Nanga Machan bazaar. It is among several new offices of the Agriculture Department in the state’s rural areas.

The department is stepping up efforts to modernise the agriculture sector by conducting an extension programmes. It is also introducing new programmes and activities to help farmers and breeders generate more income.

Deputy Chief Minister Datuk Amar Douglas Uggah who is also Minister of Agriculture, Native Land and Regional Development visited the office to see for himself the preparations for its opening yesterday morning.

The chief minister is also expected to announce some goodies to farmers and breeders in Machan constituency during the ceremony.