Saturday, May 15
You are at:Home»News»SEDC enters tripartite MoU with two Japanese companies for devt of Bintulu Hydrogen Plant 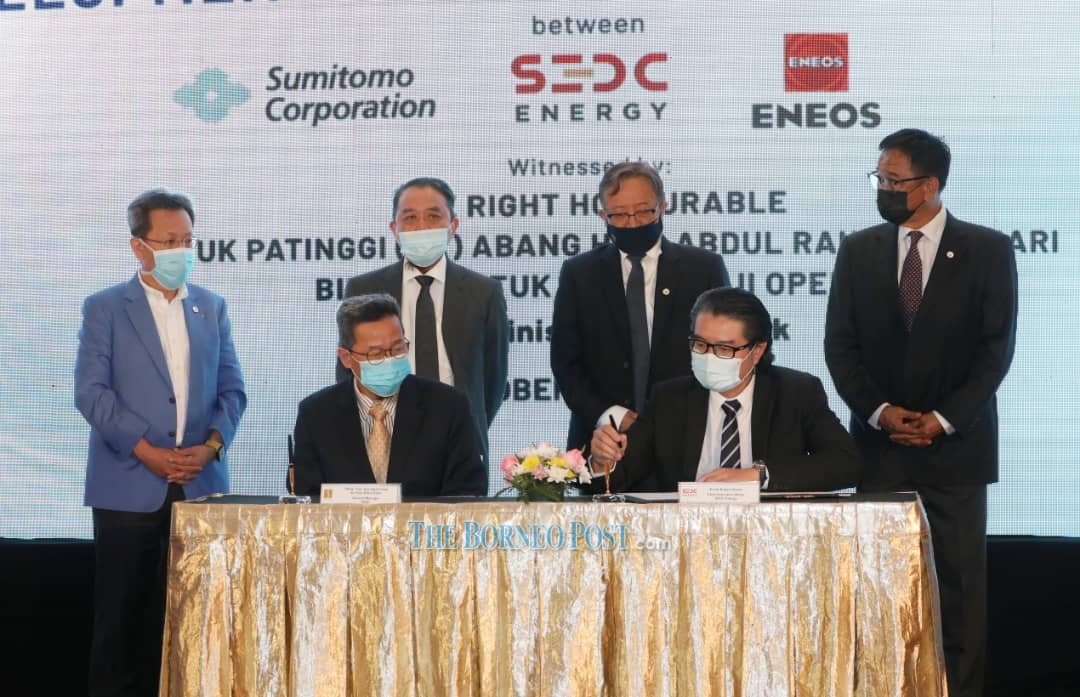 SEDC chairman Tan Sri Datuk Amar Abdul Aziz Husain said the MoU signing ceremony was a significant step in defining each party’s roles with regards to techno-commercial study for the development of a hydrogen production plant in the Petrochemical Park in Bintulu.

He believed the collaboration between SEDC Energy and its Japanese partners would enable all parties to explore and form a rewarding partnership for mutual benefit especially in the development of the hydrogen economy in this part of the world.

“We are optimistic about the strategic partnership with Japan’s Sumitomo Corporation and the country’s leading oil company ENEOS who will facilitate SEDC’s role in realising the mandate that had been entrusted to us by our Chief Minister.

“This partnership can potentially generate good investments for us in Sarawak and Malaysia as a whole while working towards better jobs creation for our local people in the near foreseeable future,” he said.

Andul Aziz said the signing of the MoU also reflected SEDC’s corporate strategy of having good partners worldwide which could become an important asset to its business endeavour where the partnership could help facilitate in moving forward and to keep business goals on track.

He said such a move could also propel SEDC’s achievements to another level that may not be thought possible otherwise.

“We, therefore, look forward to forging more strategic partnerships with others as a way to boost our business ventures and to leverage on their experience, expertise as well as creative solutions to an array of challenges that are making today’s business landscape even more exciting,” he said.

He said together with their prospective partners and investors, they were planning a 1000 tons per year facility in Bintulu which would be ready in 2023 to meet the needs of potential buyers.

This plant is scalable and can be expanded to thousands of tons per year in the near future.

“Recent developments in the industry have shown how Sarawak could benefit from the international green hydrogen trade as we are not the first to venture into this area,” he said.