Sunday, November 27
You are at:Home»News»Sabah»Stories of despair in Pan Borneo Highway documentary 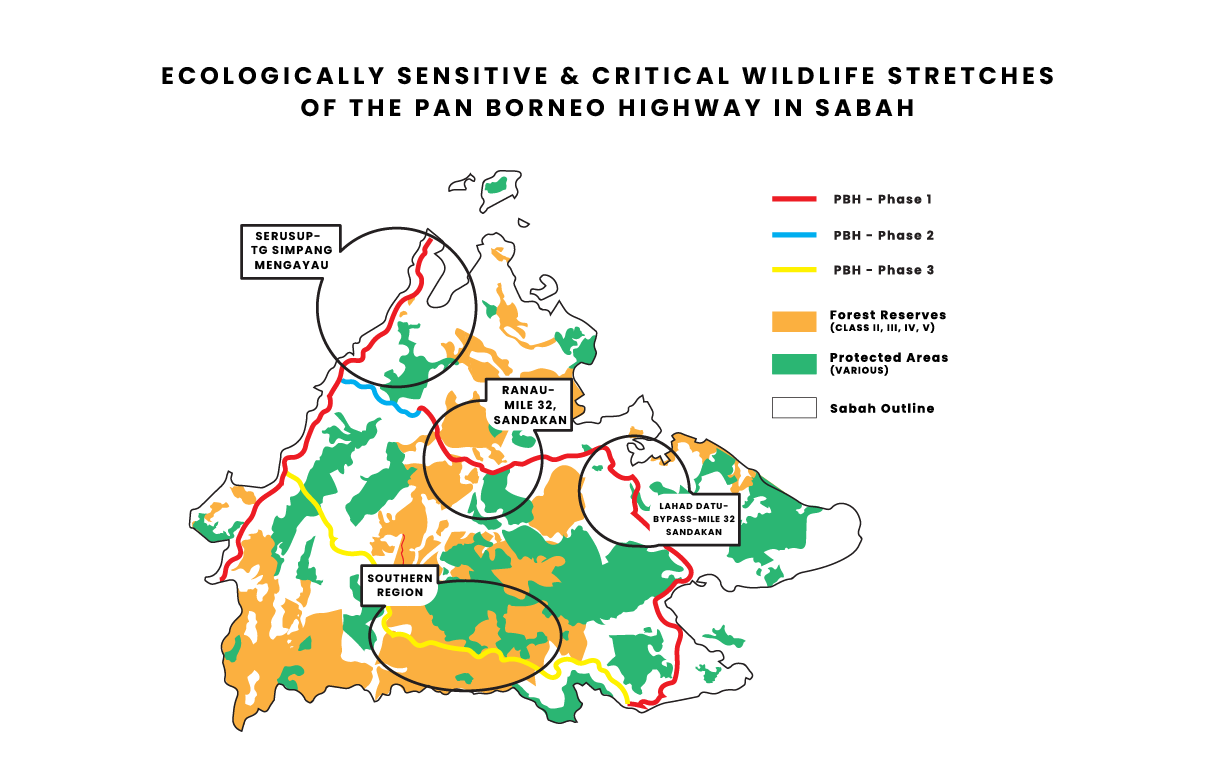 KOTA KINABALU: In just over 30 years from now, it is projected that there will be an additional 25 million kilometres of paved roads globally – enough to circle the planet 600 times over and this figure does not include unpaved roads.

According to advocates of the highway, the objectives are to boost the states’ economies and connect the two Malaysian states with Brunei and Kalimantan in Indonesia. Yet, on the other hand, scientists and environmentalists are stating that it is cutting through and fragmenting ecologically sensitive areas and affecting thousands of community dwellings.

This documentary is a collaborative film between LEAP and an entire team of local community filmmakers who come from all regions of Sabah. A total of 14 community filmmakers were divided into teams that could conveniently access the various regions of the Pan Borneo Highway stretches and document the tales within. The groups were Team Papar, Team Kudat, Team Telupid, Team Ranau, Team Kinabatangan, and Team Kalabakan.

The narrative showcased a collection of insights from those who are currently being affected by the development to how these changes would take effect once the Pan Borneo Highway is complete.

The purpose of this documentary was to initiate an open discussion for the public, policy makers, and government officials on infrastructure development here in Sabah by highlighting the pros and cons of the Pan Borneo Highway.

Imagine being given two weeks of notice to forcefully vacate from a home of 30 years or bearing witness to natural environments slowly depleting over time. These are just a couple of glimpses of the stories captured by the community filmmakers. The results of their diligence and dedication allowed the public to have a deeper awareness on the issues surrounding the livelihoods, habitats, and surrounding ecology through the act of film.

On 14th October 2020, Coalition 3H premiered the film screening for the documentary “Our Road Our Say: Pan Borneo Highway Stories”. The film screening was presented on-line and was completely livestreamed for the public via Zoom and Facebook Live. This was a night to appreciate the community filmmakers and to bring their effort to fruition for the world to witness.

The host and emcee for the evening was KK12FM’s radio presenter, Amy Dangin. Analytics showed that the livestream on both Zoom and Facebook Live had approximately 300 people or more participate in the live session whilst the stream itself had an outreach of more than 10,000 people across Facebook.

The documentary opened with chilling voices of despair and frustration that filled the atmosphere before an overview shot of the picturesque Kota Kinabalu scenery accompanied the large scale initial construction phase of the Pan Borneo Highway.

The first community member that Team Kinabatangan interviewed was Sabran B. Adari from Kampung Batu Puteh, Kinabatangan. Sabran expressed that he was content with the Pan Borneo Highway as he stated, “As a whole, it will benefit the people, as an upgraded road will bring convenience.”

However, he also conveyed his concern that the highway will be built onto granted lands of oil palm plantations, a main source of income for villagers and farmers in the area.

At Kampung Suok Rampazan, Team Papar captured the story of Marciana Binti Peter whose region’s speciality revolves around the rice paddy fields. She complained that due to the construction of the Pan Borneo Highway, at least 70 acres of their rice paddy field is unable to be maintained due to the lack of water drainage from the problematic culvert that has been built.

The filmmakers not only covered stories about the livelihoods of people but also from professional researchers and wildlife experts. A densely populated region for the Borneo Pygmy Elephant is in Telupid, where Community Elephant Ranger Team (CERT) member, Mc Wesley Bin Widin voiced his disapproval for the Pan Borneo Highway as it is proposed to cut through the Tawai Protection Forest Reserve.

Wesley emphasised that, “Once the Pan Borneo Highway goes through Tawai, the wildlife in the area will be forced to intrude into community settlements and will destroy the crops grown by the community, causing human-animal conflict.”.

There have been numerous rising cases of human-elephant conflict within the region and to reduce these conflicts, there must be an alternative route to the one proposed.

Maz Jumail, a primatologist from Danau Girang Field Centre as well as a local resident from Kota Belud, expressed that though it is unavoidable for communities to crave development, there must be a middle-ground solution where communities are able to benefit and mitigate the impact to the ecology and environment.

After the documentary film finished, the online film screening turned into an open panel discussion led and facilitated by Emcee Amy Dangin. This session was to discuss the filmmaking process and adversities the film crew had to go through to capture the footage. As the panellists engaged with them via a one-hour question and answer session, the audience also participated in answering live polls and choosing multiple-choice questions when prompted via the live stream.

When asked “What’s the most important factor that should be considered for Infrastructure Development in Sabah?”, 43% of the audience choose Environmental Protection whilst another 41.2% choose Community Development.

A viewer from the Facebook Live feed then queried “now knowing how the Pan Borneo Highway stands to affect both our social and environmental landscape, is there anything that we as the public can do to fight this?”, stimulating a wider feedback for the participants involved.

Several viewers also stressed the need for better road maintenance rather than the buildings of new roads.

Although many of the questions from the audience were left unanswered due to lack of time, the film and its premiere is meant to provide more awareness and invite a wider discussion regarding the Pan Borneo Highway.

Coalition 3H intends to have more conversations like this in the future. As we have now approached the time where we are digitalising the “new normal”, we must find innovative ways to advocate for community and environmental development as well. “Our Road Our Say: Pan Borneo Highway Stories” is testament that despite the hardships, there will always be a way to bring them to light.