Wednesday, December 7
You are at:Home»News»Sarawak has potential to be stylish fashion tourism destination, says Nancy 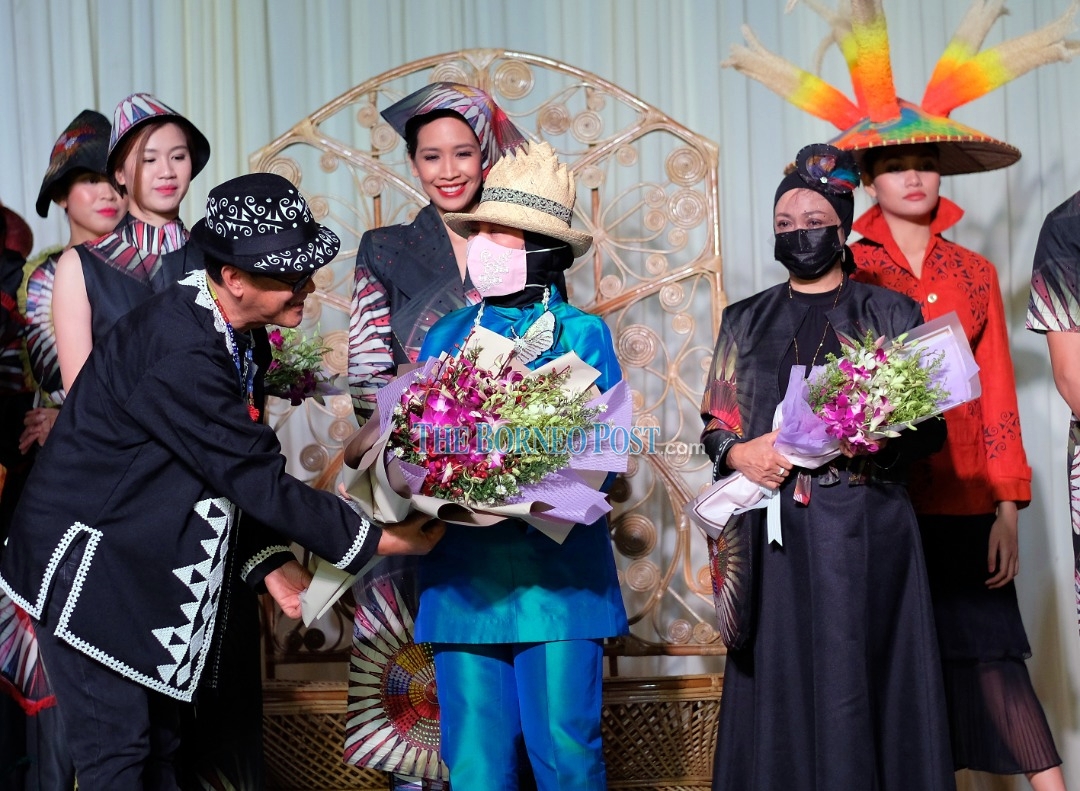 Ong presenting a bouquet of flowers to Nancy (middle) as the fourth Annual Mad Hatters Party comes to an end. – Photos by Muhammad Rais Sanusi.

KUCHING (Oct 25): Federal Minister of Tourism, Arts and Culture Dato Sri Nancy Shukri believes Sarawak has the potential to be another stylish fashion tourism destination, on par with the likes of Paris, New York, London and Milan.

The Batang Sadong MP said it was undeniable that Sarawak possessed a rich cultural diversity and one of which was highlighted through beautiful traditional headgears – a hit and attraction among local and international tourists.

“Their designs are evocative, reflecting traditions and age-old folklores of their wearers, passed down from generation to generation,” she said during the fourth ‘Annual Mad Hatters Party’ organised by Society Atelier Sarawak last night.

She said the ‘Annual Mad Hatters Party’ had proven the culture and traditions in the state was still alive and well-preserved in an innovative way, whereby local designers and guests don their creative hats.

“By boldly pushing the boundaries of fashion and heritage through a creative themed party, each of you present here have created new ways of looking at our forefather’s creativity,” said Nancy, pointing out the tickets for the 250-pax party was sold out as early as a month ago.

She also said the state could set up an area similar to the ‘Spitalfields Market’ in East London that was known as a vibrant and creative fashion scene and a home to innovative design and creative people.

“With that in mind, I believe, we can have that set up here in Sarawak as we have one of Malaysia’s pioneering defenders of heritage craft and Society Atelier Sarawak president, Edric Ong, who has picked up so many awards that even he has a hard time trying to remember all of them.” 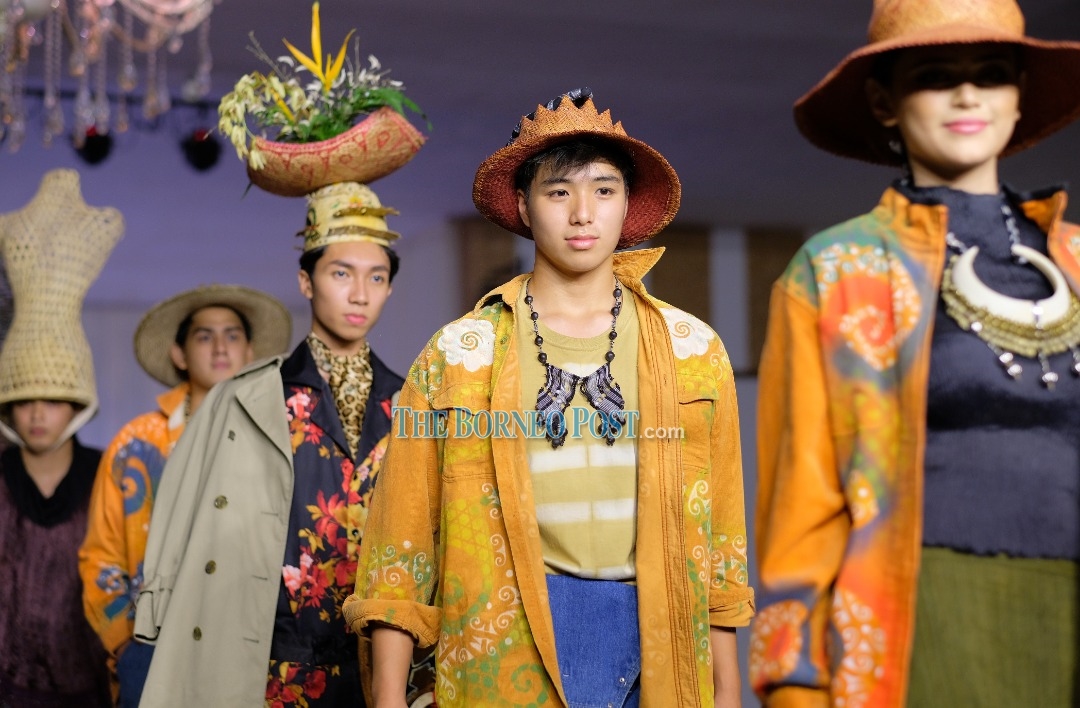 Moreover, Nancy hoped the fashion show and the craft bazaar set up would become the pulling factor in attracting visitors not only from across the country but from around the world flocking to visit the state.

She added that her ministry had been supporting the society participation at the recent online Aspara Fashion Week in Kazakhstan, where the videos of 14 local designers were filmed at Sarawak Cultural Village and University College Technology Sarawak – gaining huge views from YouTube viewers.

“This is the new normal. With new technology, it doesn’t matter where in the world your event is featured. We can now go global to promote our local people and products.”

Nonetheless, Nancy said tourism sector was the third biggest contributor to the country’s gross domestic product (GDP), with it contributing RM86.1 billion or 15.9 per cent to the total GDP in 2019.

“While the cultural sector, including performing arts, visual arts, craft, and heritage recorded RM585.4 million on the return of investment.”

She was optimistic the prospects and opportunities for local arts and culture will reach new height in the future, with the rising trend of Southeast Asian Nations (Asean) tourism expected to continue even after the Covid-19 pandemic.

Some of the initiatives by the federal government included the setting up of E-Kraf Bazar which had benefitted 1,198 craft entrepreneurs in Sarawak and the RM1 billion National Economic Recovery Plan (Penjana) Tourism Financing facilities.