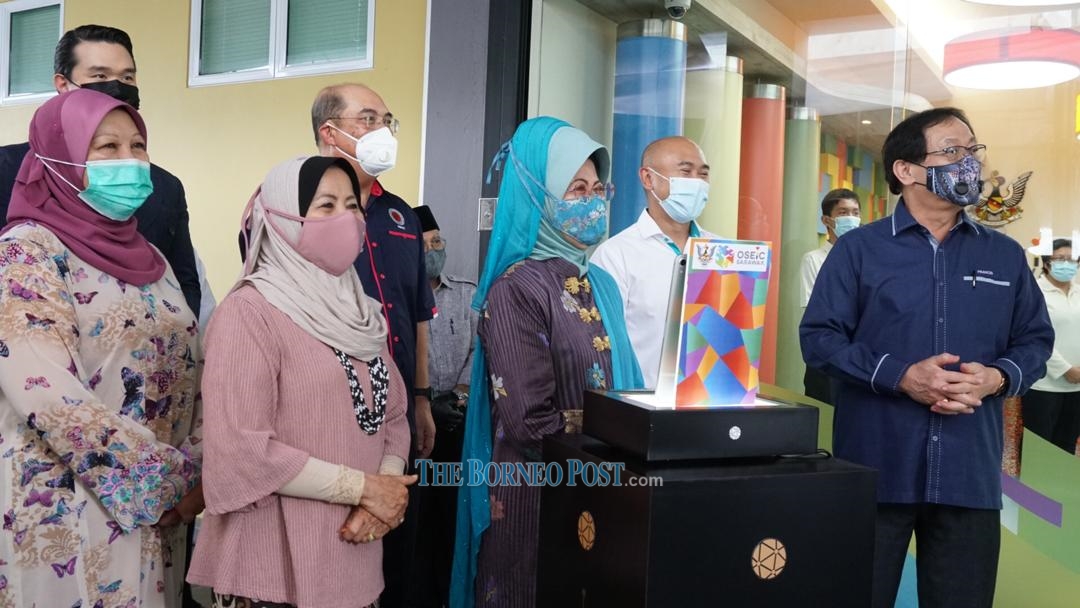 Welfare, Community Well Being, Women, Family and Childhood Development Minister Datuk Seri Fatimah Abdullah at the opening ceremony earlier today said the main objective of OSEIC was to become a one stop diagnosis centre, early intervention and rehabilitation for these children under one roof.

Apart from that, she said, the centre would also provide support services to parents or guardians of these children.

“Here in OSEIC, we emphasise on high quality early intervention services which can change a child’s developmental trajectory and input outcomes not only for the child but also for families and communities.

“As a start, OSEIC is giving focus on three special needs, which are autism, Down syndrome and learning disabilities,” she said during the official opening ceremony at the centre at Metrocity, Jalan Matang near here.

She assured that all of the therapists have undergone training at Kuala Lumpur-based school for special education Genius Kurnia and the Sarawak Dyslexia Association.

Fatimah highlighted the facilities available at OSEIC include a management office, four learning and rehabilitation spaces, a sensory integration room for senses simulation activities, a Snoezelen room for autistic children, and a consultation room for checks and diagnosis.

She said a general practitioner who is a specialist consultant physician will have to refer a child to OSEIC to assist with early diagnosis.

“At the moment, 31 children have been enrolled in OSEIC. The centre itself is able to accomodate between 75 and 100 children at a time.

“According to OSEIC data as of Oct 26, 12 of its children have autism, one autism spectrum disorder, 15 with speech delay, two with global development delay, and one with sensory neural hearing loss,” said Fatimah.

She highlighted that at the moment in the state there are four government special education primary schools.

Apart from the four government schools, Fatimah said there are several integrated special education programme (PPKI) schools located all over the state.

She said there are 125 PPKI primary schools, 52 PPKI secondary schools and 17 PPKI pre schools all over Sarawak.