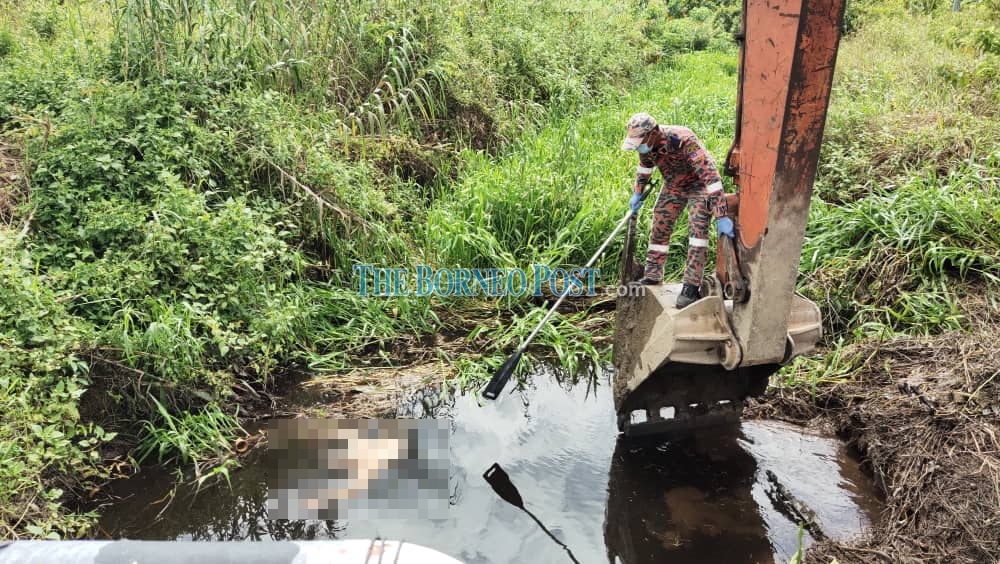 Bomba personnel retrieving the victim’s body after it was found in a drain.

MIRI : The body of an Indonesian man who was believed to have been killed by a crocodile was found by employees of a shipping company in a drain at Jalan Perlis, Kuala Baram here around 9.15am this morning.

The victim has been identified as Muhammad Syopyan Nasution, 24.

Information from the Bomba Sarawak Operations Centre revealed that the body was found with its lower abdomen missing.

“The body was confirmed by the victim’s family members to be that of Muhammad Syopyan,” said the statement.

The victim was believed to have gone missing after being attacked by a crocodile on Oct 27. Police received a missing person’s report on the disappearance on Oct 30.

The search and rescue operation was led by a team from Bomba Lopeng right after receiving the report yesterday.