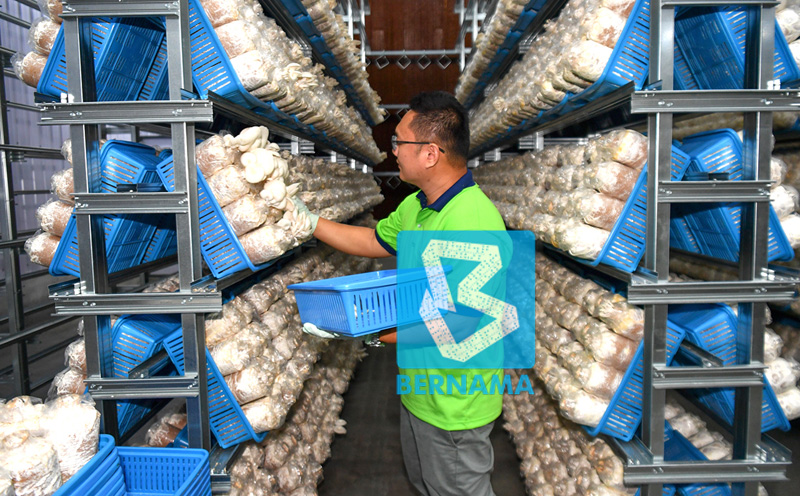 PARIT BUNTAR: For many students, an offer to pursue medicine is not  easy to turn down, but a young man from Penang did just that because of his love for agriculture.

After completing his matriculation education, Boey Tze Zhou, now 31, received an offer to do a degree in medicine, but he held dearly to the words of his school teacher that the prospect in agriculture was very bright.

So, instead, he went to pursue a Bachelor’s Degree in Agricultural Science majoring in mushroom research at Universiti Putra Malaysia (UPM).

Today, he is the proud co-founder of Boey Mushroom brand together with his friend and partner, Jacky Yip.

“I focus on mushrooms because I want to be a farmer but I don’t want to work under direct sunlight.

“So, after I completed my degree in 2012, my friend and I started our business of growing grey and white oyster mushrooms with seeds developed from my own research,” he told Bernama when met at Parit Haji Tahir, Jalan Bahru here, recently.

Boey, who received the Sultan of Selangor Royal Education Award during the UPM convocation in 2013, said he and Yip began growing mushrooms on a small scale producing around 10 kg per day at his father’s home and factory in Butterworth in the same year.

After six months, he said, the production went up to 40 kg per day and, currently, 400 kg per day from two factories in Juru, Penang and Parit Buntar, but still could not meet demand. 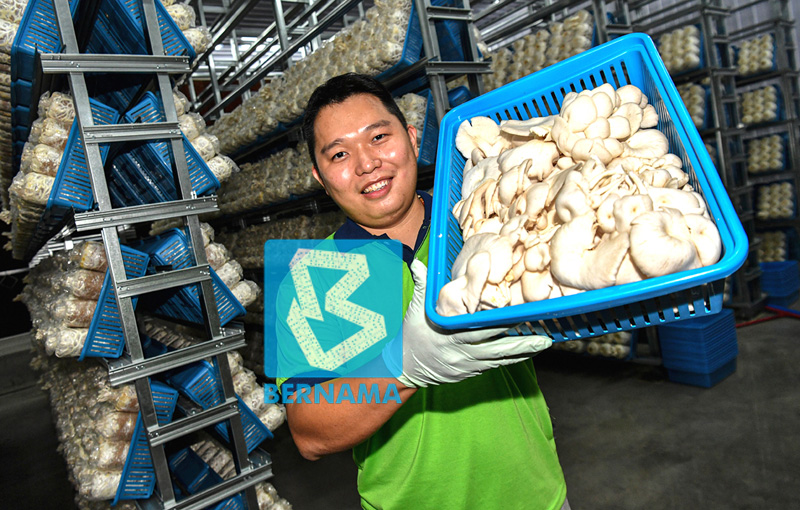 “The uniqueness of Boey Mushroom’s grey and white oyster mushrooms which are sold at RM16 per kg is that they are thick, large, more chewy and sweet.

‘’Our plantation uses innovative methods such as pollution control and cooling evaporative system to ensure better and continuous mushroom production,” he said, adding that everything was done using their own fundings.

Meanwhile, Yip said due to the high demand, they only market Boey Mushroom produce in the northern region through supermarkets and 10 distributors.

He said they  plan to produce mushroom-based chips in the future.

He said Boey Mushroom factory in Parit Buntar built on a 2.8-hectare land also sells mushroom seeds to farmers, fresh mushrooms and is open for agro-tourism.

“We hope to be the country’s top mushroom producer and become the pride of Perak.

“It is our ambition to host a visit to the factory from the Sultan of Perak, Sultan Nazrin Shah,” he added. —Bernama