Friday, January 21
You are at:Home»News»Man survives croc attack in Trusan with severe injuries after poking reptile’s eyes to escape 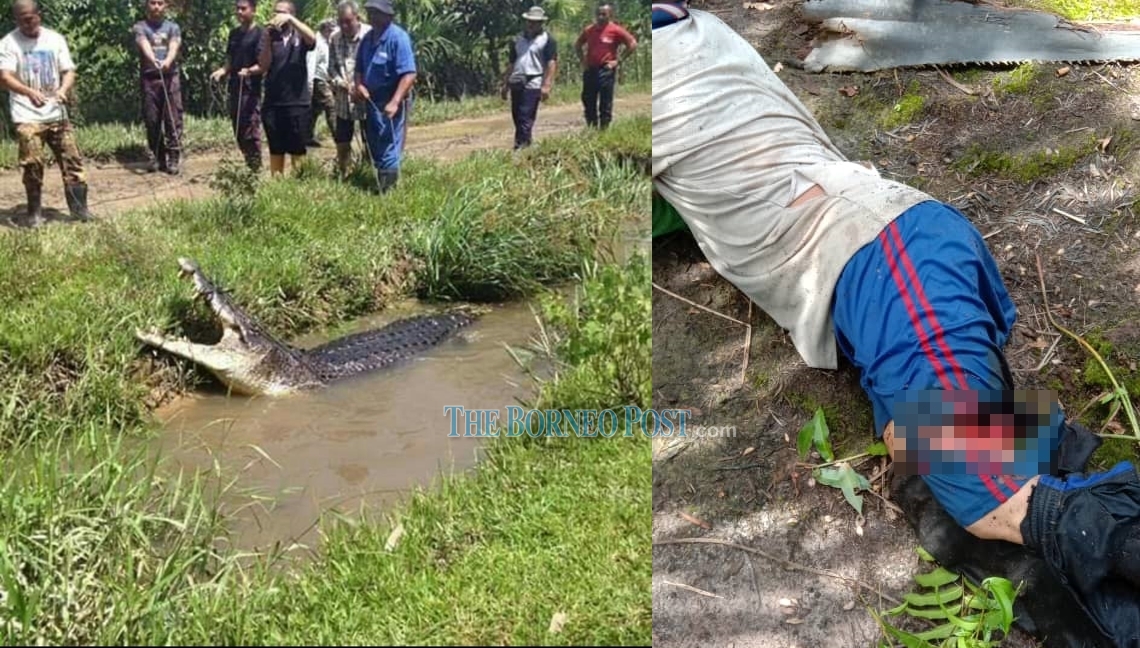 The victim’s left thigh was severely injured after being bitten by the crocodile (left), which was caught after the incident.

LAWAS (Nov 5): An Indonesian worker here survived a crocodile attack after he managed to get the reptile to loosen its grip on him by poking its eyes when he was attacked while working at Ladang Kris Jati Trusan yesterday morning.

Lawas District Police Chief DSP Roslan Leman said during the 10.40am incident, the victim, Sulu Maralang 46, suffered serious injuries to his left thigh which was bitten by the crocodile.

“The victim was harvesting oil palm fruits at the edge of a drain when a crocodile suddenly attacked him, biting down on his left thigh.

“In the ensuing struggle, he managed to poke the crocodile’s eyes with his fingers and when it loosened its grip, he immediately escaped and sought help from his co-workers nearby who subsequently informed the assistant farm manager,” he said in a statement today.

Roslan said the assistant farm manager then sought help from the medical assistant working with the farm to administer first aid to the victim before sending him for further treatment at Lawas Hospital.

According to Roslan, the location of the incident was only 300 meters from the Trusan river, and of late, the workers there had spotted crocodiles in the vicinity, especially during high tide.

Saltwater crocodiles, which can grow up to six metres in length, are known to journey out to sea due to their ability to survive in saltwater by using riverways.

This is the first reported case of a crocodile attack in the area.