Sunday, November 29
You are at:Home»Health & Environment»Denmark to cull millions of minks over mutated coronavirus 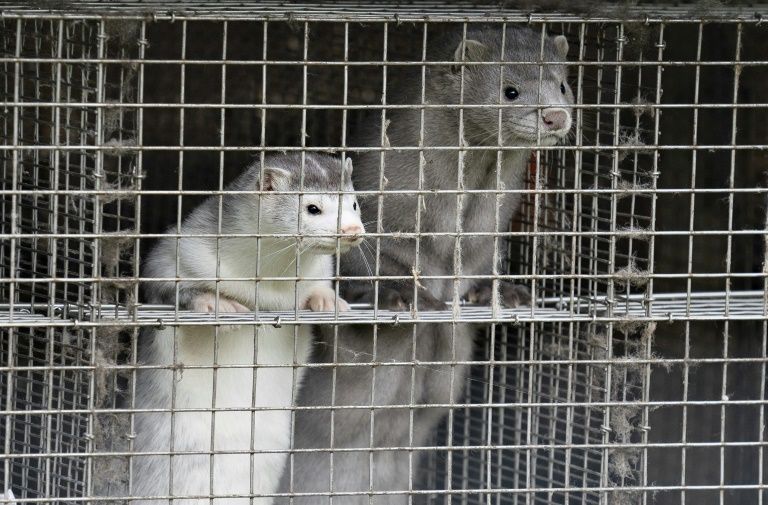 Some 15 million to 17 million minks spread over 1,080 farms in Denmark are to be culled. AFP Photo

Denmark, the world’s biggest producer of mink fur, said Wednesday it would cull all of the country’s minks after a mutated version of the new coronavirus was detected at mink farms and had spread to people.

The mutation “could pose a risk that future (coronavirus) vaccines won’t work the way they should,” Prime Minister Mette Frederiksen told a press conference.

“It is necessary to cull all the minks.”

Denmark’s police chief Thorkild Fogde said they would start the culling as “soon as possible,” but conceded that with 15 million to 17 million minks spread over 1,080 farms it was “a very large undertaking”.

The World Health Organization said the novel coronavirus spreads primarily through human-to-human transmission, but that “there is evidence of transmission at the human-animal interface”.

Several animals — including dogs and cats — have tested positive for the virus and there have been reported cases at mink farms in the Netherlands and Spain, as well as in Denmark.

“In a few instances, the minks that were infected by humans have transmitted the virus to other people. These are the first reported cases of animal-to-human transmission,” the WHO said in a statement sent to AFP.

The novel coronavirus has been detected at 207 Danish mink farms, including some cases with a mutated version that has been confirmed to spread back to humans.

Health authorities have also concluded that the mutated virus “is not inhibited by antibodies to the same degree as the normal virus”.

“Studies have shown that the mutations may affect the current candidates for a Covid-19 vaccine,” Health Minister Magnus Heunicke said.

“It is a threat to the development of coronavirus vaccines. That is why it is important that we make a national effort,” he added.

While the majority of cases had been observed in the northern part of the Jutland region, all minks in the country would still be culled.

The World Organisation for Animal Health (OIE) is developing new technical guidance on animal health, including on testing and quarantine, the WHO said. — AFP