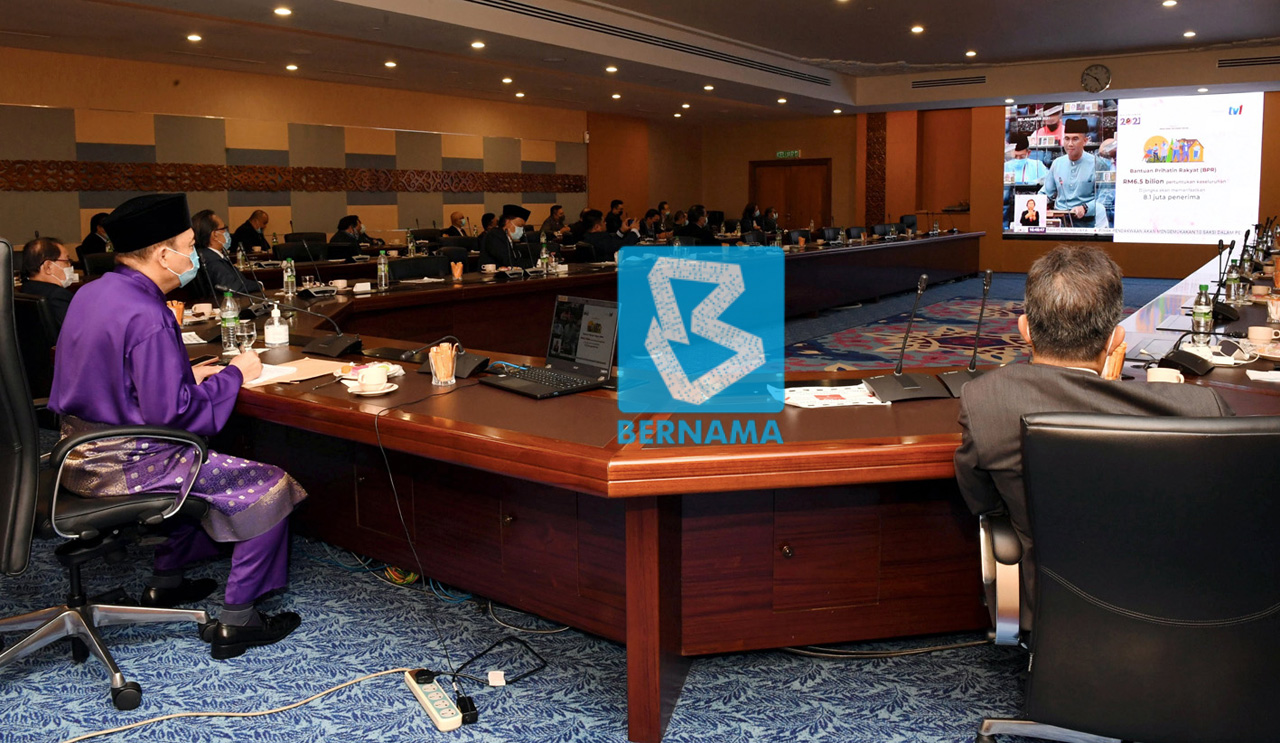 Hajiji (left) and Sabah Cabinet members watching the live streaming of the tabling of Budget 2021 by Tengku Zafrul at  the state administrative centre in Kota Kinabalu.  — Bernama photo

Hajiji, who is also Sabah Finance Minister I, said while the main focus of the budget was the fight against Covid-19, he was glad that it was also an expansionary one that took into account other sectors to ensure the economy recovers strongly.

“The budget will add more to the success of the government’s RM305 billion economic stimulus initiatives that had started since May. I am hoping it will focus on growing the economy to ensure the rakyat’s prosperity, business continuity and increase economic resilience,” he said here last night.

While thanking Prime Minister Tan Sri Muhyiddin Yassin and Tengku Zafrul, Hajiji was also glad to note that the federal government had given attention to Sabah’s needs in the budget.

“Sabah has been allocated RM5.1 billion for infrastructure development apart from RM3.8 billion for the continuation of the Pan Borneo project and other packages. This proves the federal government has Sabah’s interest close at heart,” he said.

He also noted that the proposed plan to increase the Bantuan Sara Hidup (BSH). to be renamed Bantuan Prihatin Rakyat, which is a targeted assistance system would help to lessen the people’s burden.

The Chief Minister was also elated to see the hill padi subsidy being revived with RM40 million allocated for next year, saying it will benefit nearly 10,000 padi planters in Sabah, working on an estimated 7,000 hectare of hill padi fields.

Hajiji also hoped Sabah’s security especially at the Esszone would also be boosted with the allocation of RM16 billion to the Defence Department and RM17 billion to the Home Ministry.

“I assure the state government will work closely together with its federal counterpart to ensure the budget will be successfully implemented,” he added. — Bernama