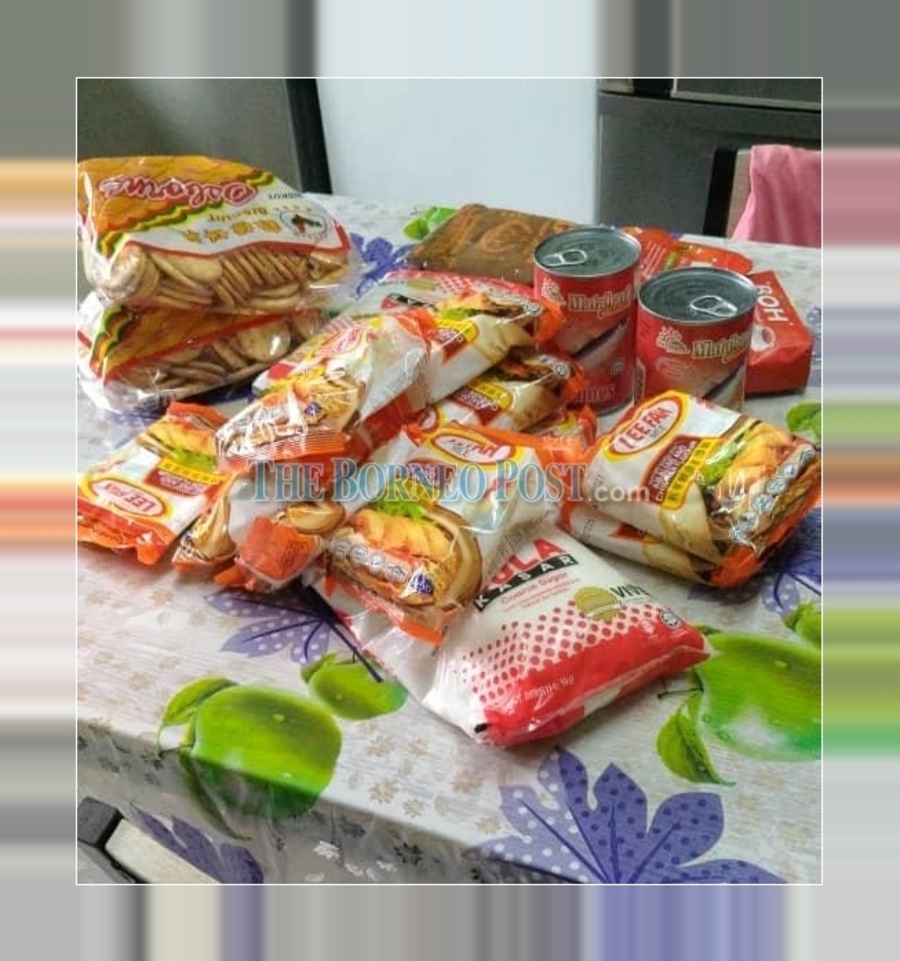 A photo taken by a resident living in Kampung Haji Baki Block B apparently shows the supply of canned tuna and instant noodles received by them in recent days.

KUCHING (Nov 7): Villagers in Kampung Haji Baki Block B are crying foul over the unfair food distribution that they are allegedly receiving under the Enhanced Movement Control Order (EMCO) there, which began on Oct 28 and is scheduled to end on Nov 11.

A spokesperson from Block B who contacted The Borneo Post today claimed that all they were given in the past week were canned tuna and instant noodles.

“Only when the EMCO started did we received two packets of rice and one whole chicken, until today, we are only receiving canned sardines and instant noodles,” the spokesperson, who wished to remain anonymous, said.

Those in Block B, he revealed, are mostly from the lower income group and the situation is more dire for those who have young children in their household.

“How do you expect a child to eat canned sardines or instant noodles everyday? It is not their fault that they have to go through the EMCO,” he added.

He also said that they were told that the food rations given to a household would be valued at RM25 per week per person for the next two weeks.

“Sadly, this is not the case here,” he added.

Some of his neighbours, he said, are also facing shortages of baby diapers and other essential toiletry items.

“Out of desperation, I know a few from Block B who would seek help from their relatives to smuggle in some food or other essential items from outside the village via the village’s lorong tikus (illegal tracks). This is really disheartening,” he added.

He further claimed that those in Block A and Block C have been receiving better rations such as chicken meat almost on a daily basis.

He also believes that the unfair food distribution was due to the unfair practices of the village’s Ketua Kampung and Penghulu who have the discretion to choose which household gets what type of food supply.

Meanwhile, the village’s Ketua Kampung Baslie Sulaiman who reached out to The Borneo Post, denied the allegations by saying that the food distribution has always been carried out in a fair manner.

“For those in Block A, some of the food supplies given to them comes directly from non-governmental organisations,” he added.

This is why some of those in Block B and Block C have felt left out, he said.

He also said that the committee has been working tirelessly on the best methods on how to disperse food to every villager n a fair manner without prejudice.

When asked on a possible way to solve the issue, Baslie said the committee at the moment “could not hold a discussion with the villagers (Block B and Block C) due to the movement ban in the area”.

However, he assured that the matter will be resolved amicably.

When contacted, Batu Kitang assemblyman Lo Khere Chiang said it is best for the villagers in Block B to approach their respective Ketua Kampung or Penghulu.

“Nobody should be miss out. The villagers may also refer to the officers from the Welfare Department who are stationed at the village’s mosque everyday,” he added.

As for the food donated by well wishers and donors, Lo said they may not have enough food for the 4,200 residents in which case the distribution to each blocks will be made fairly.

He added that priority would be given to the poor, old and needy.

“These are pressing times. I urge all residents in Kampung Haji Baki not to quarrel over who gets more food or who gets less food,” he added.

He also urged the villagers to give and take as well as to take care of one another so as to ensure everybody has enough to eat and be happy.

Previous ArticleEsports get further boost
Next Article CM: Journalists should remain professional, give fair view in their writing