Saturday, May 15
You are at:Home»News»Nation»M’sia ratifies Kigali Amendment to Montreal Protocol 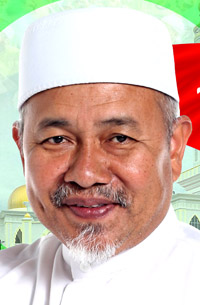 PUTRAJAYA: Malaysia has ratified the Kigali Amendment to the Montreal Protocol on Substances that Deplete the Ozone Layer under the Vienna Convention for ozone layer protection.

Environment and Water Minister Datuk Seri Tuan Ibrahim Tuan Man said the instrument of ratification has been deposited to the United Nations in New York on Oct 21 through the Foreign Ministry.

“The ratification shows Malaysia’s commitment to protecting the environment, particularly the ozone layer in addressing climate change,” he said in a statement yesterday.

The Kigali Amendment came into force on Jan 1, 2019 and to date, 110 countries have ratified the amendment to implement a phasedown of the consumption of hydrofluorocarbon (HFC), thereby mitigating negative impacts on climate change.

Tuan Ibrahim said HFC has a very high Global Warming Potential (GWP), which is up to 14,800 higher than carbon dioxide (CO2).

He added the amendment was agreed upon during the 28th Meeting of Parties of the Montreal Protocol, which was held on Oct 15, 2016 in Kigali, Rwanda.

“Under the Kigali Amendment, Malaysia must reduce 80 per cent HFC consumption within the baseline by 2045. The consumption of HFC will be frozen at baseline in Malaysia starting on Jan 1, 2024.”

He said the government has started consultations on the ratification of the Kigali Amendment to Montreal Protocol with the relevant stakeholders including government agencies, non-governmental organisations and industries impacted by the phase-down of HFC consumption, since early 2017.

“The consulted industries include refrigeration and air conditioning, fire protection, solvent and other relevant sectors,” he said.

In this case, he said successful implementation of HFC phase-down under the Kigali Amendment will help in reducing the impact of global warming and it is expected that greenhouse gas emission equivalent to 105 million tonne CO2 equivalent can be avoided by 2100, which will prevent the increase of global temperature by 0.5 degree Celsius.

Tuan Ibrahim said the ratification will benefit Malaysia in terms of trade access with other country parties, financial assistance under the Multilateral Fund (MLF) and technical assistance for local industries to convert to low carbon alternatives and technologies.

“This will, in turn, open up opportunities for the local industries to give rise to products that are able to compete within the global market in the future.

“Malaysia joining the Kigali Amendment to the Montreal Protocol is a testimony of our continuous effort in working with the global community to address various environmental issues and challenges towards sustainable development,” he said. — Bernama