Friday, July 1
You are at:Home»News»Sarawak cops one of the best at tackling online gambling – CP 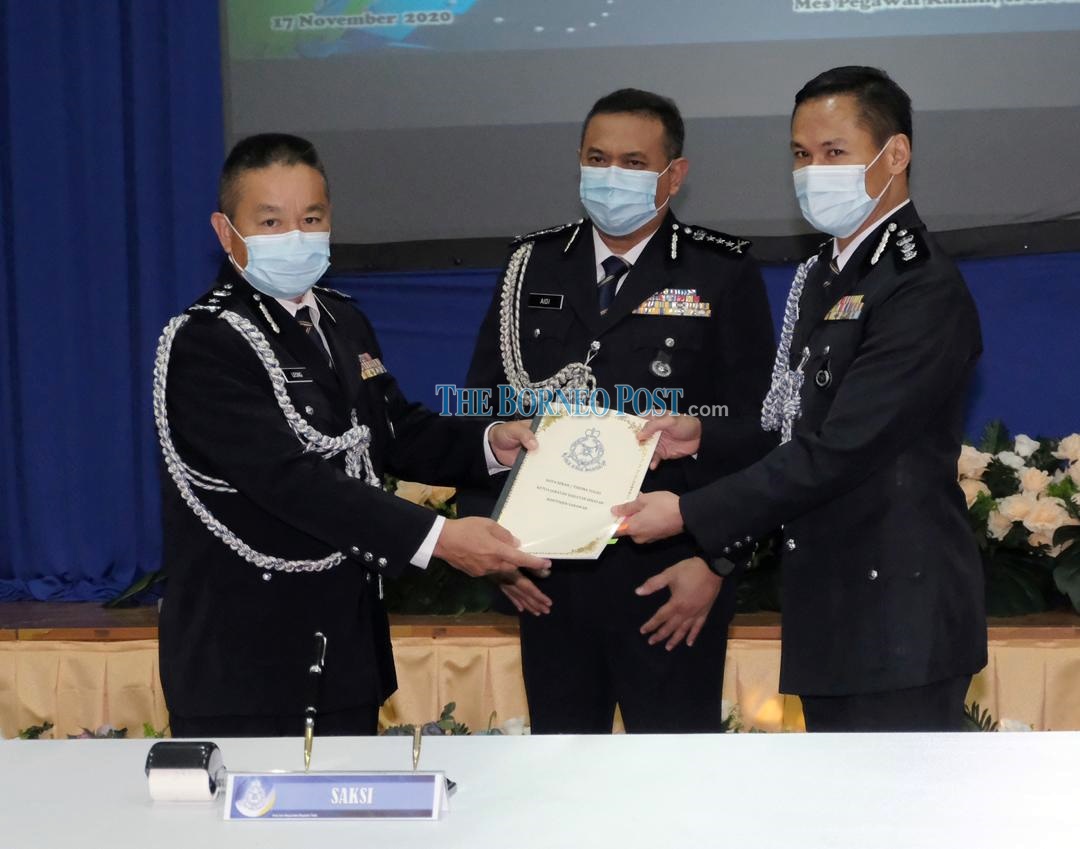 Aidi (center) witnesses the handing over of duty between Leong (left) and Zulfikar in a ceremony this morning. – Photo by Muhammad Rais Sanusi

KUCHING (Nov 17): The Sarawak Police Contingent has been praised for being among the best in the country in eradicating online gambling activities.

According to Aidi, police conducted a total of 1,624 raids and arrested 1,804 suspects between January and November 9 this year in their efforts to eradicate online gambling activities in the state.

“Thank you (Leong) for the dedicated service that has made Sarawak Police one of the best in Malaysia with many raids to eradicate online gambling activities,” he said during a press conference after the handing over of duties of the Sarawak Deputy Commissioner of Police and Sarawak JSJ head at the Sarawak Police Contingent headquarters Officers’ Mess at Jalan Badaruddin here, today.

Aidi also hoped that the acting head of JSJ Sarawak ACP Zulfikar Mohd Ghazali would be able to carry out his duty and responsibility well.

Meanwhile, Leong in his speech also expressed his appreciation to the public who had been cooperating with the police that led to the many successes in the operations conducted.

“Thank you to all the people of Sarawak, especially to all who helped JSJ a lot by channeling information to us until there have been so many successes achieved,” he said.

Leong said between January and November 9 this year, police have made confiscations valued at around RM378,433 during the operations conducted to eradicate online gambling activities.