Friday, January 22
You are at:Home»News»MDMC to lodge report with police, MCMC against Facebook user for allegedly spreading fake news 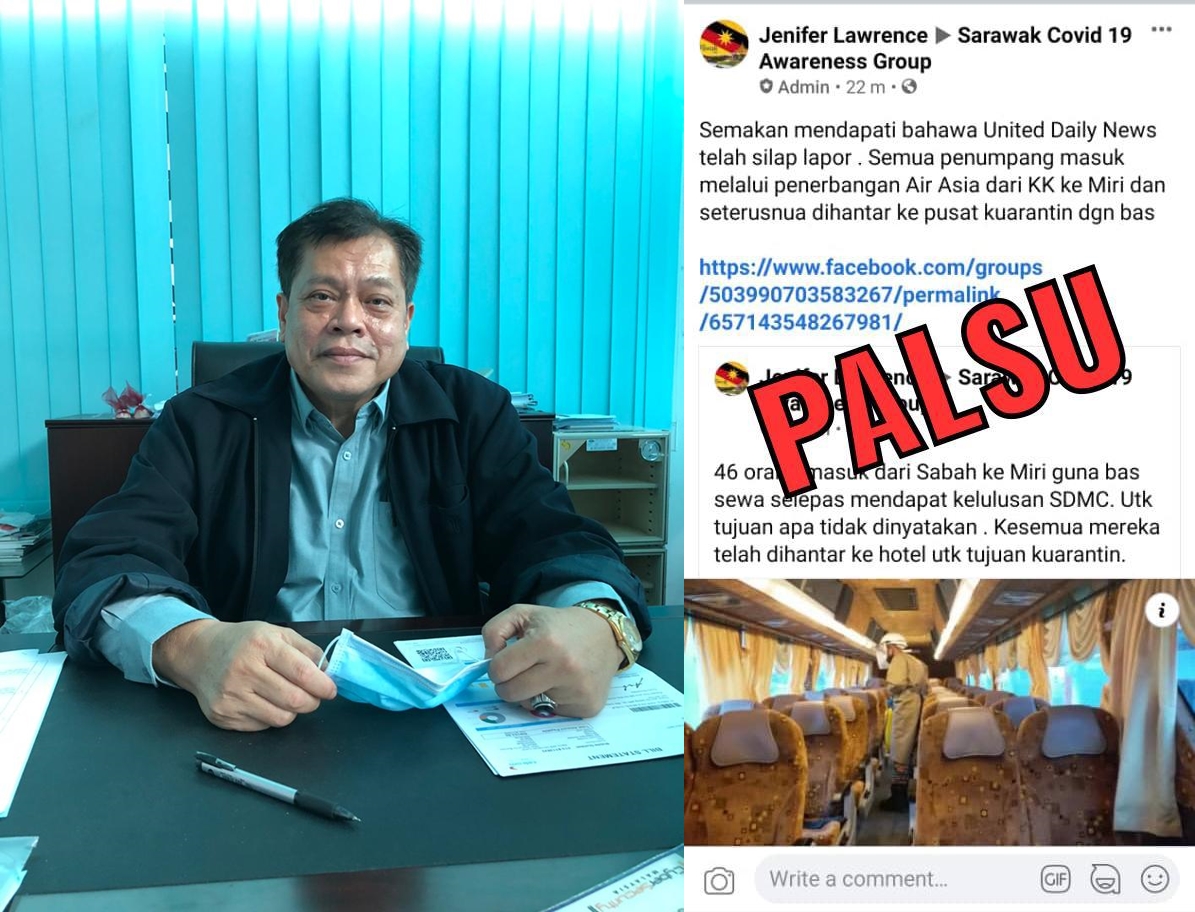 MIRI (Nov 18): Miri Disaster Management Committee (MDMC) will lodge a report with the police and the Malaysian Communications and Multimedia Commission (MCMC) against a Facebook account for allegedly circulating fake news on Tuesday.

The post stated that a bus carrying 46 passengers had arrived in Miri from Kota Kinabalu via land, which Abdul Aziz declared was untrue.

“The correct information was that a tourist bus was used to carry 46 passengers who had just arrived in Miri via a flight from Kota Kinabalu and they were all taken straight to the quarantine centre.

“On Monday (Nov 16), sanitation work was carried out on the bus based on the existing standard operating procedures by the Secretariat of the State Disaster Management Committee,” he said.

Abdul Aziz said the post was incorrect and had caused confusion among the public, especially Mirians, who are committed towards fighting the spread of Covid-19.

“We will carry out an investigation and lodge a report with the police and MCMC.

“The public are reminded not to disseminate fake news and to verify any news before sharing them on social media,” said Abdul Aziz.

The public can contact Miri Disaster Management Committee at 085-322737 during office hours should they have any inquiry regarding Covid-19.