Wednesday, December 2
You are at:Home»News»KPDNHEP to continue with price standardisation – Nanta 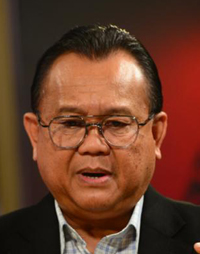 KUCHING: The Ministry of Domestic Trade and Consumer Affairs (KPDNHEP) will continue its programme to standardise prices of goods in the country following the allocation of RM40 million under the 2021 National Budget to it, said its minister Dato Sri Alexander Nanta Linggi.

He pointed out the allocation is 50 per cent more than the one given for this year.

Factors that influence the discrepancy of prices between Sabah, Sarawak and Peninsular Malaysia are high cost of logistics, market size, slow pace of e-commerce development and the ‘Local First’ policy, he said in a press statement delivered yesterday in conjunction with his appearance at Astro Awani talk show on Tuesday night.

“KPDNHEP is preparing a presentation to the federal cabinet in resolving this issue of price discrepancy between Sabah, Sarawak and Labuan and Peninsular Malaysia by formulating the needed mechanism.

“This includes empowering Sabah, Sarawak and Labuan Port to Port Price Standardisation programme and the Distribution of Essential Goods, LPG and Community Drumming programme in accordance with the National Budget 2021,” he added.

On another pertinent matter, Nanta said between March 18 and Nov 10 a total of 476,912 premises nationwide had been checked to make sure they comply with price control.

He also said a total of 4,684 investigation papers had been opened involving a seizure amount of RM60 million.

Since the implementation of the Movement Control Order (MCO), he added, a total of 3,434 compound notices had been issued involving a sum of RM1.5 million, which showed that the ministry was indeed serious in making sure that traders did not hike prices of goods arbitrarily, which added to the financial burden of consumers.

One case in point, he revealed, was when the ministry secured the conviction of a certain trader for selling a piece of face mask at RM11, for which the trader was fined RM200,000.

Nanta said his ministry would not be compromising in such case, seen as very unfair to consumers.