Monday, January 30
You are at:Home»News»Proposed complex in Santubong will go ahead, says S’wak Mufti Dept officer amid calls to save ‘Blue Pool’
For the freshest news, join The Borneo Post's Telegram Channel and The Borneo Post on Newswav. 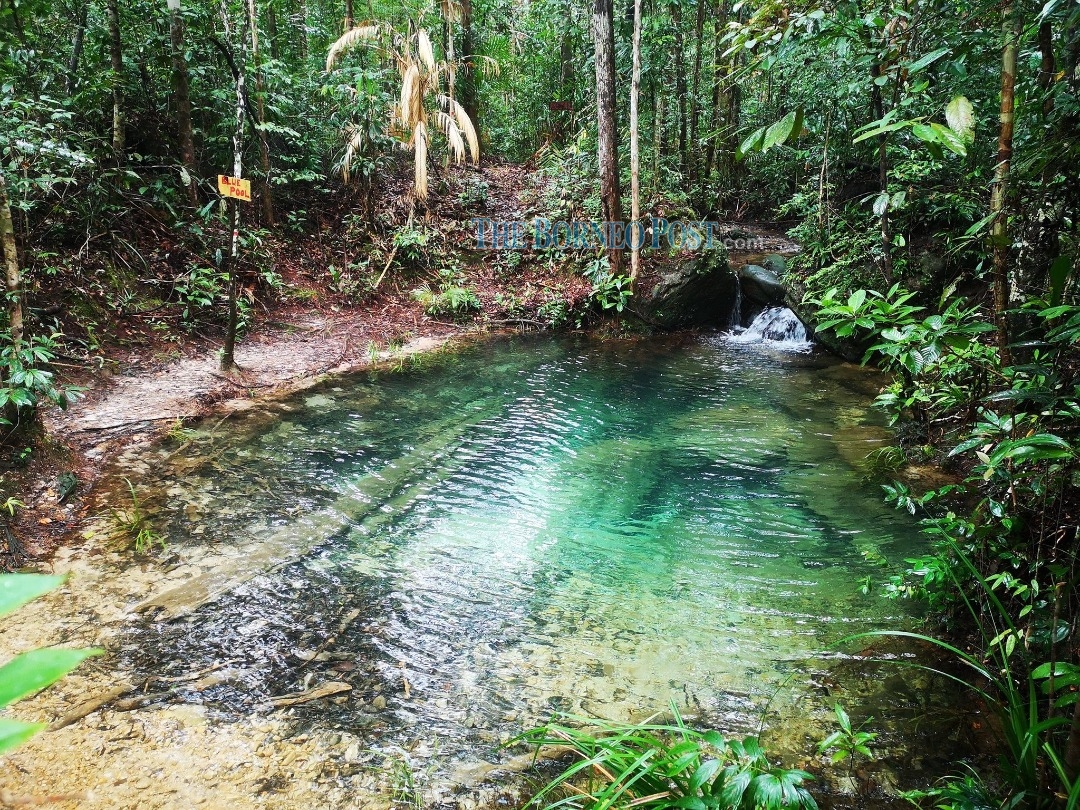 The ‘Blue Pool’ in Santubong was said to have been discovered by hikers about three years ago. – Photo courtesy of Rahim Bugo

KUCHING (Nov 19): The proposed construction of the Al-Falak Complex and its 2km access road in Santubong will go ahead as it has already been approved by the state government and the Sarawak Planning Authority, said an officer of the Sarawak Mufti Department.

The officer, who declined to be named, said the project was now under the Public Works Department’s design and planning stage, but pointed out that there has been no word yet on when construction would commence.

He conceded that the department has heard of complaints from certain quarters on the RM100 million project.

“There have been some individuals contacting us directly to complain about the project. We have also heard about some people objecting to the project in social media.

“However the government has approved the project in 2015, so it will go ahead,” he said when contacted on calls to relocate.

Permai Rainforest Resort managing director Rahim Bugo had launched an online petition about a month ago on Change.Org to urge the government to reconsider the project as it would affect a natural pool known as the ‘Blue Pool’ besides a large swathe of forest and its wildlife.

Rahim told Borneo Post earlier today that he hoped the government would find another location for the complex.

In the petition, Rahim said the negative consequence of building the road was expected to be huge and devastating both ecologically and to the enjoyment of the area by the citizens of Kuching and visitors.

“The proposed road will cross at least eight streams, including the Blue Pool, in an area that is hugely popular with local hikers and tourists for hiking and to see Proboscis Monkeys, Hornbills, Silvered Langurs and which is also home to the Clouded Leopard.

“Besides the construction of the road, the presence of the road provides easy access to illegal loggers and hunters while fragmenting what is currently a contiguous forest,” the petition said.

Borneo Post Online had reported on Oct 19, 2015, that the then State Mufti Datu Kipli Yassin said the Sarawak Al-Falak Complex would house a gallery and a number of study areas.

“The complex will also be the platform for moon-sighting to decide key dates in Islam such as Hari Raya Aidilfitri and Aidiladha, as well as an observatory,” he said, adding that the complex had potential to become a tourism attraction.