Sunday, November 29
You are at:Home»News»Crime»Fire destroys 90 pct of house in Jalan Sekama 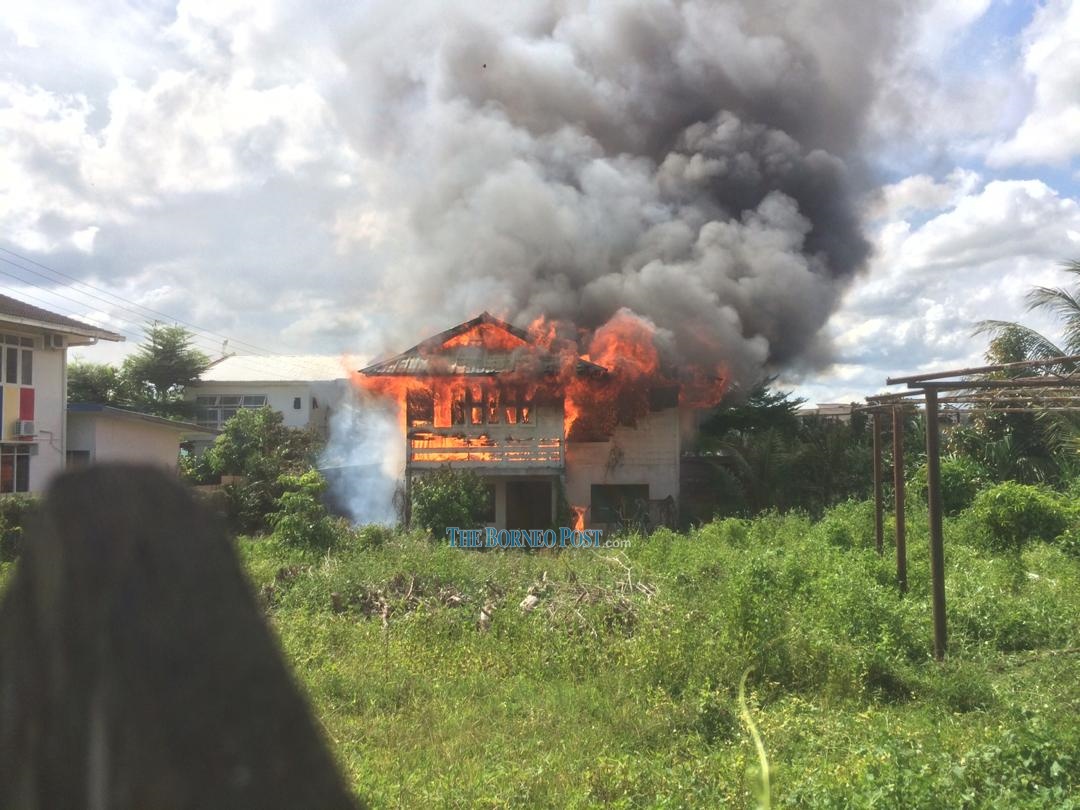 The flames at their peak during the fire at the house.

KUCHING  (Nov 20): The second floor of a double-storey wooden house at Jalan Sekama was 90 per cent destroyed by a fire which started around 2.30pm today.

Fire and Rescue Department (Bomba) in a statement said the house, which was not occupied, measured to about 111 square metre.

At the scene were firefighters from the Padungan and Tabuan Jaya fire stations who managed to control and extinguished the fire.

After ensuring that the fire could not reignite, Bomba wrapped up their operations at 3.20pm.

No one was reported to be injured in the fire and the cause of the fire is still under investigation.