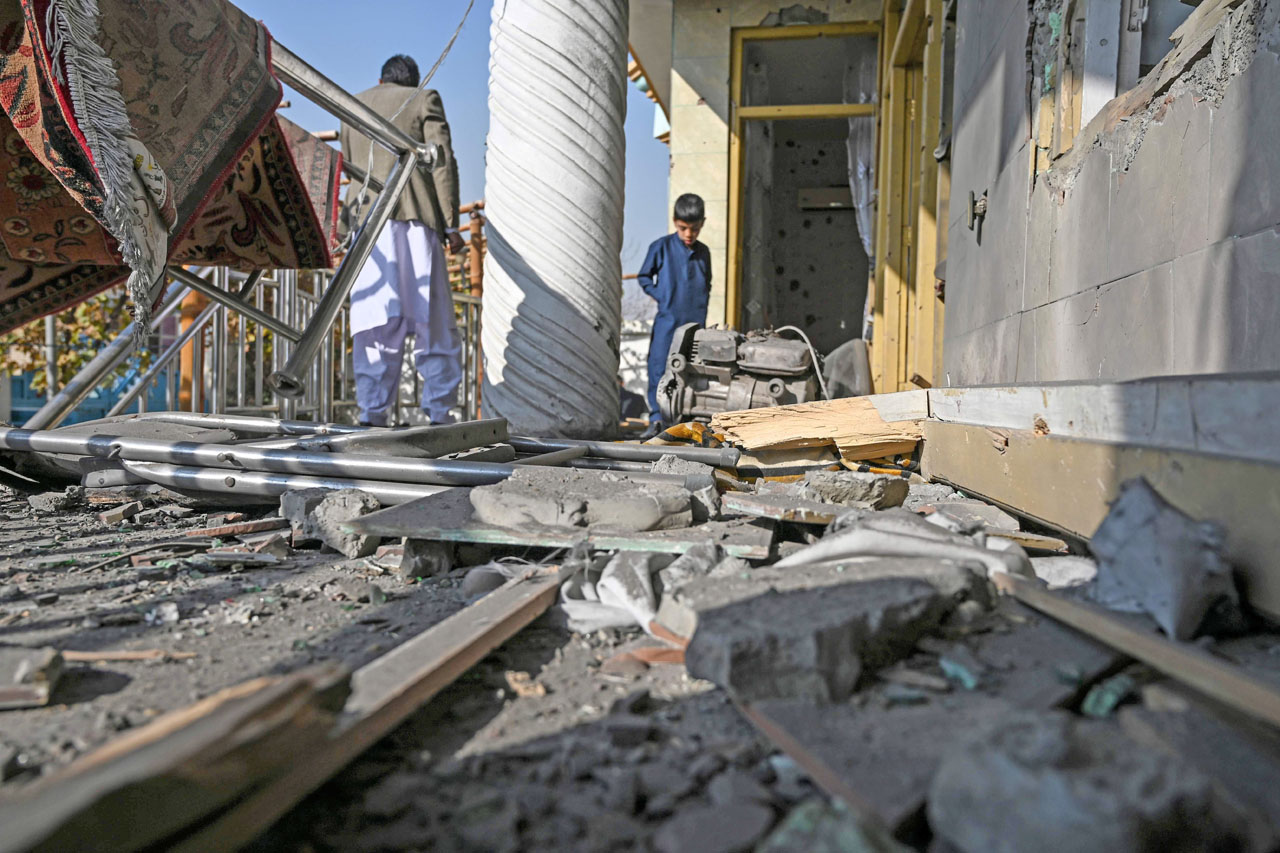 KABUL: At least eight people were killed Saturday when a barrage of rockets struck densely populated parts of Kabul, marking the latest big attack in a wave of violence sweeping the Afghan capital.

The salvo slammed into various parts of central and north Kabul – including in and around the heavily fortified Green Zone that houses embassies and international firms – just before 9am (0430 GMT).

The Iranian embassy said on Twitter that its main building had been hit by rocket fragments after a missile landed on the premises. No one on the compound, located just outside the Green Zone, was wounded.

“Based on initial information, eight people were martyred, and 31 others were wounded,” Arian said, noting the final toll would change.

The Taliban denied responsibility, saying they “do not blindly fire on public places”.

At least one rocket landed in an office inside the Green Zone, but did not explode.

Photos and videos circulating online showed several buildings with damaged walls and windows, including at a large medical complex.

Recent big attacks in Kabul, including two horrific assaults on educational institutions that killed nearly 50 people in recent weeks, follow a familiar pattern in the aftermath, with the Taliban denying any involvement while the Afghan government pins the blame on them or their proxies.

“The rocket attack in Kabul city has nothing to do with the mujahideen of the Islamic Emirate,” Taliban spokesman Zabihullah Mujahid said, using the insurgents’ name for Afghanistan.

The Taliban are under pressure not to attack urban areas, having pledged not to do so under the terms of a US withdrawal deal signed in February.

Any acknowledgement of overt involvement in such incidents could in theory slow the American pull-out, though outgoing US President Donald Trump has made clear he wants US forces out regardless of the situation on the ground.

Previous Article‘Muscleman Salmon Burger’ becomes talk of the town
Next Article Covid-19 and Myanmar: Can the fledgling insurance sector adapt to the disruption?