Monday, March 1
You are at:Home»News»Nation»New guidelines on liquor licence not about religion or race — Annuar 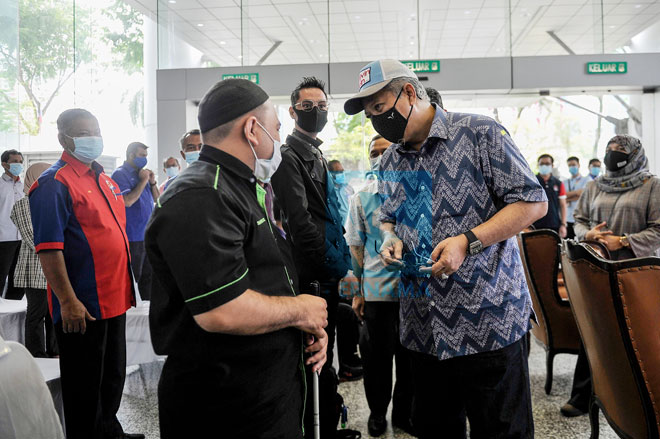 KUALA LUMPUR: There is nothing unusual about the guidelines for liquor licence applications recently issued by the Kuala Lumpur City Hall (DBKL) as they have been introduced in other countries including in Europe, said Federal Territories Minister Tan Sri Annuar Musa.

He said surveys had been conducted on the guidelines used in other countries including on the system practised by Singapore prior to their introduction here.

“We also looked at the rules applied in other countries including in Europe where the purchase of liquor is very controlled in terms of the time and place it can be sold. Therefore it has nothing to do with religious or racial issues,” he said.

He said this at a press conference yesterday after the presentation of donations to Kuala Lumpur residents’ associations under the Wilayah Cakna 3.0 programme, which was also attended by his deputy Datuk Seri Dr Santhara Kumar.

Annuar stressed that the guidelines were aimed at regulating the sale of alcohol following public complaints on the sale of illegal liquor as well as of alcoholic beverages in small packets at sundry shops and mini-market chains.

“There are also those who sell liquor to minors and school students as it is easily available everywhere,” he added.

City Hall had recently introduced new guidelines for the application of liquor licence which, among others, stipulate that sundry shops and convenience stores will no longer be allowed to sell liquor from Oct 1 next year.

The move was met with mixed reactions from various quarters, with some linking it to issues of race and religion.

Meanwhile, the Ministry of Federal Territories has allocated RM39.75 million to implement the Wilayah Cakna 3.0 initiative for city dwellers impacted by the implementation of the Conditional Movement Control Order (CMCO).

“The government cares about the well-being of the Kuala Lumpur community, especially the less fortunate and the needy in continuing with their life amidst the Covid-19 pandemic,” he said. — Bernama