Wednesday, December 2
You are at:Home»News»Bomba Miri reaches out to rural longhouse folk in Upper Baram 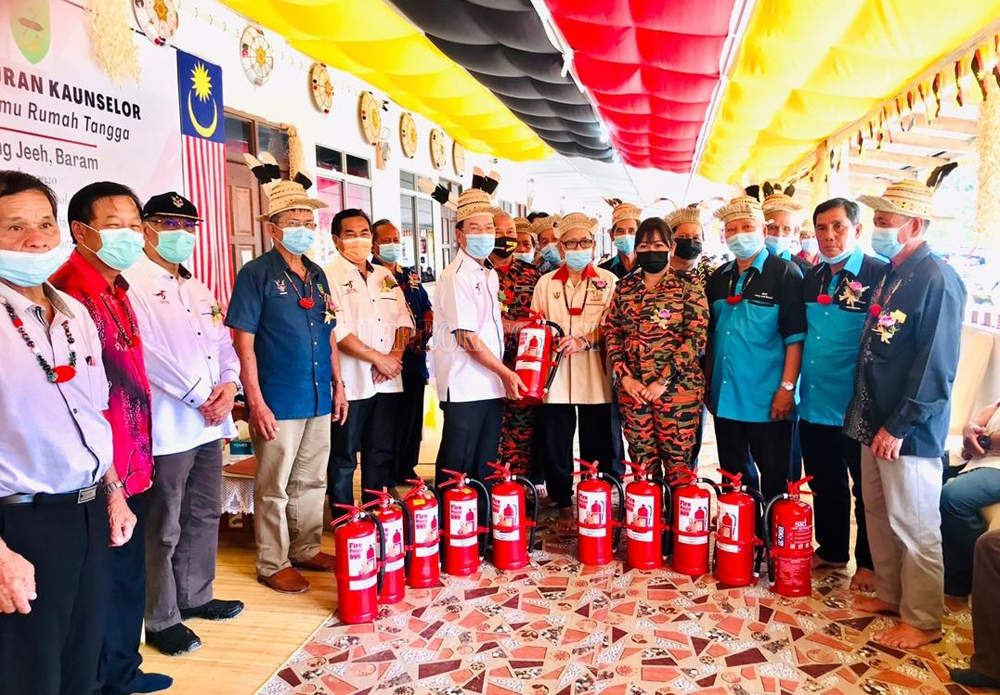 Gerawat (front, sixth right) hands over a fire extinguishing unit to one of the longhouse chieftains in Long Jeeh. 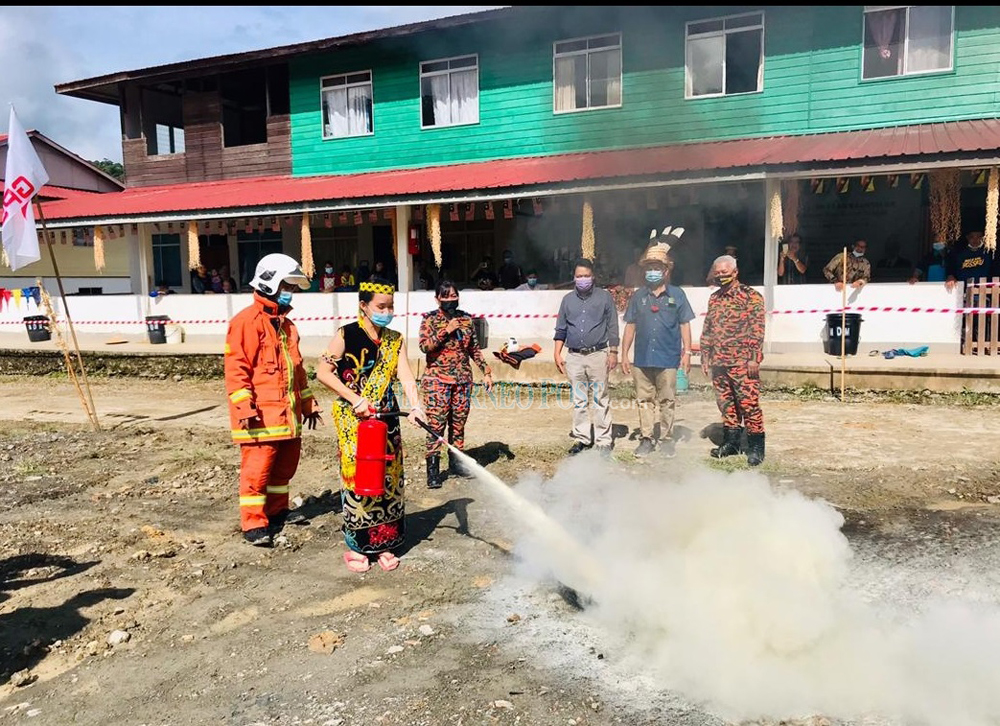 One of the villagers tries her hands at handling a fire extinguishing unit during a demonstration.

MARUDI: A two-day outreach programme at Long Jeeh in the Upper Baram, run by the Miri Zone 6 Unit of the Fire and Rescue Department (Bomba) recently, covered more than fire prevention and safety measures for longhouses.

It also highlighted the importance of having insurance coverage against disasters such as floods, fires and windstorm risks.

In this respect, a comprehensive insurance plan from Allianz called ‘KampungKu’ was introduced to the longhouse community of Long Jeeh during the programme last weekend.

Additionally, a longhouse firefighting volunteers unit had been formed, where villages in and around Long Jeeh would each have eight representatives in the unit.

There was also the ‘Celik Suri’ programme meant for the housewives, where they were trained in basic fire safety and preventive exercises – with a particular attention to the kitchen and food preparation areas, deemed to be the likeliest places where fire would first break out, based on many longhouse fire cases.

Other sessions included firefighting demonstrations, briefings and inspections on longhouse electricity wiring and connection conducted by technicians from Sarawak Energy Bhd, the setting-up of a fire point centre at Long Jeeh, and also the presentation of 11 fire extinguishers for the longhouse community there.