Wednesday, December 2
You are at:Home»News»Curtin Malaysia awarded with almost RM788,000 in MoHE grants for research projects 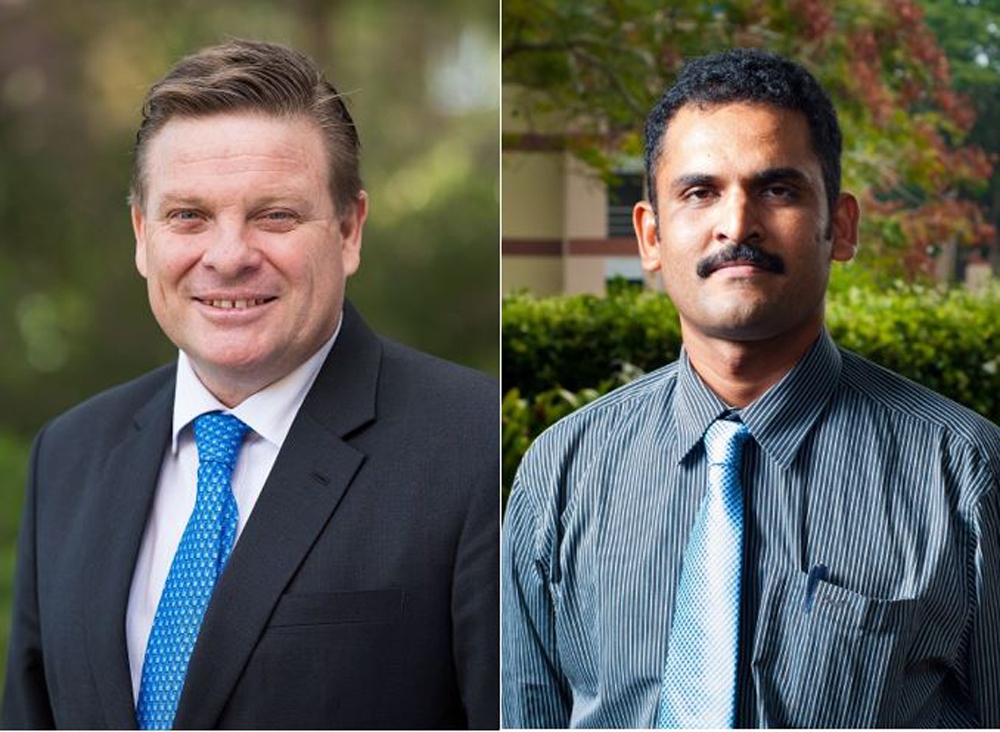 MIRI: Curtin University Malaysia (Curtin Malaysia) has received a total of RM787,987 in research grants from the Ministry of Higher Education (MoHE) under its Fundamental Research Grant Scheme (FRGS).

Research project submissions by nine members of Curtin Malaysia’s academic staff and active researchers have been approved for the FRGS, which aims to encourage basic researches to produce new theories, concepts and ideas for the development of knowledge, the creation of new technologies, and the nurture of a dynamic culture in line with national aspirations. Though the allocation was not as high as the RM819,180 received by the university last year, this year’s nine projects were the highest approved for FRGS.

Since 2015, Curtin Malaysia has received a total of RM3,535,037 in FRGS funds. Among the projects submitted were ‘A New Approach to Fundamental Modelling of Sludge Dewatering Under Low Pressure Condition’ and ‘A Decision-making Framework to Support Energy Efficient Design of High Rise Residential Buildings’ by the university’s Faculty of Engineering and Science (Department of Civil and Construction Engineering) lecturers Dr Tan Yee Yong and Meheron Selowarajoo, respectively.

Tan, who is also the faculty’s programme coordinator for environmental engineering, received RM101,012 for his project while Meheron, who is the programme coordinator for civil and construction engineering, received funding of RM68,050 for his project. Other lecturers whose projects had been approved for the grants were mechanical engineering lecturer Dr Naveen Kumar Elumalai who received RM92,237 for his project aimed at investigating the synergistic effect of nanocellulose incorporation on coulombic interaction and energy dissipation in green conductive stretchable composites based on ionogel and palm waste; Department of Electrical and Computer Engineering senior lecturer Dr Wong Wei Kitt (RM98,600) for his project ‘Modelling Fake News Spread as a Probabilistic Mechanism Incorporating News Profile’; Department of Petroleum Engineering lecturer Henry Okafor Elochukwu (RM75,700) for his project on ‘Wettability and Adsorption of Methyl Ester Sulphonate/Polystyrene: A Nanofluid to Enhance Recovery from Matured Malaysian Tapis Oilfield’; and Faculty of Humanities (Department of Culture and Language Studies) Dr Noraisikin Sabani (RM82,888) for a learning and teaching-related project entitled ‘Development of Personalised Learning Hub Framework: Means to Assist East Malaysia’s Rural Learners in HEI’.

Chemical engineering lecturer and head of the Chemical Engineering Department Assoc Prof Stephanie Chan Yen San’s project on characterisation and kinetics study of hydrophobic modified honeycomb tubular biochar with enhanced adsorption capability of volatile organic compounds, was being funded to the tune of RM84,200, while Assoc Prof MV Prasanna, who is head of the Department of Applied Geology, received RM90,200 for his project ‘Determination of Vulnerability Zones based on Spatial and Temporal Variations of Metals in Different Size Fractions – Miri Estuary (Sarawak)’.

Assoc Prof Agus Saptoro from the Department of Chemical Engineering, who is also the Deputy Dean of Research and Development as well as chair of the Graduate Studies Committee at Curtin Malaysia, received RM95,100 for his project to develop mechanistic models of hybrid microwave and ultrasound-assisted pharmaceutical crystallisation.

Curtin Malaysia Dean of Research and Development Prof Ramasamy Nagarajan said the acceptance of the project submissions and awarded grants were testimony of Curtin’s research profile, which was recognised around the world and evident not only at its campuses in Western Australia, but across its four global campuses as well.

Meanwhile, Curtin Malaysia pro vice-chancellor, president and chief executive Prof Simon Leunig congratulated the nine staff members for their hard work in preparing and submitting their applications for the FRGS 2020 round and for their continued dedication to the advancement of research and development at Curtin Malaysia.He also extended his appreciation to Ramasamy, Agus and staff at the university’s Office of Research and Development (ORD) for assisting the applicants with their submissions.

“All the hard work has certainly paid off. The ORD team was instrumental to the securing of these grants, and along with the applicants, put in a lot of work into the effort.

“The results were well worth it, with nine successful projects out of a total of 36 grant applications submitted representing a success rate of 25 per cent and total grants in excess of RM787,000. We now look forward to many significant outcomes from all the research,” he said.

He also acknowledged the project collaborators from other universities, saying that strong academic and industry partnerships had always been at the heart of research endeavours at Curtin Malaysia.

Adding on, he said to be aligned with the current technological trends and contribute to the provision of skilled human capital for South East Asia and beyond, Curtin Malaysia was now focusing on the following research areas: digital innovation; marketing, tourism and rural entrepreneurship; green technology and renewable energy; biotechnology and bioprocess engineering; and aquaculture technology and economics.

This had also created an opportunity for the potential young Malaysian graduates to pursue their Higher Degree by Research (HDR) programmes with Curtin Malaysia.

The details of the opportunities can be found via https://bit.ly/2Hjl0Sa.