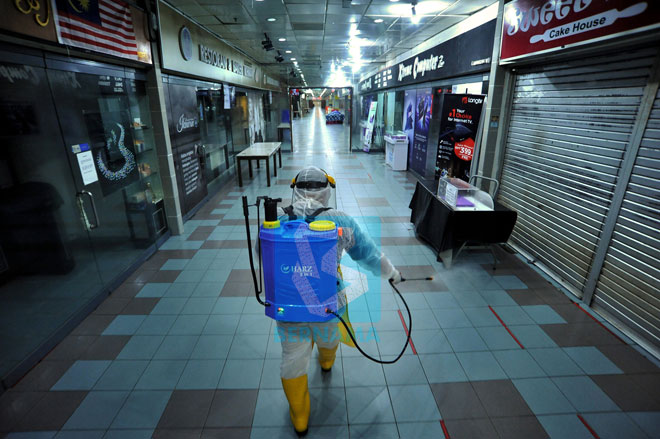 Labuan Health Department director Dr Ismuni Bohari said the closure, for a minimum of three days, is to allow complete sanitisation work to be done on all premises on levels one and two of the mall.

“We have given a directive for the closure beginning today as several individuals working in the complex tested positive a couple of days ago,” he told Bernama yesterday.

Dr Ismuni said the closure order was issued in consultation with the Labuan Natural Disaster Management Committee after considering the possible risk of infection to customers and other workers.

Financial Park (Labuan) Sdn Bhd, the company managing the complex, said in a statement that the closure also involved all the commercial banks located on the ground floor.

“In view of the increasing positive cases involving hawkers and workers in the stalls and shopping mall, the complex is closed for three days,” the company said.

The Beta Service Apartment and Alpha Condominium located at the two wings of the complex remain open for the tenants, but with the enforcement of the standard operating procedure (SOP).

The main office blocks of 1 and 4 also remain open for the operating offices.

A new Covid-19 cluster called Sky Coklat was declared on Saturday after six workers of a shop in the mall tested positive.

At least eight individuals have tested positive in the cluster as of yesterday, with one of them being treated in the intensive care unit (ICU).

The Bah Bangat and Bah Bundle clusters had been closed, and Dr Ismuni said the Bah Layangan and Limbungan clusters would be closed soon after no cases were recorded in more than a week. — Bernama