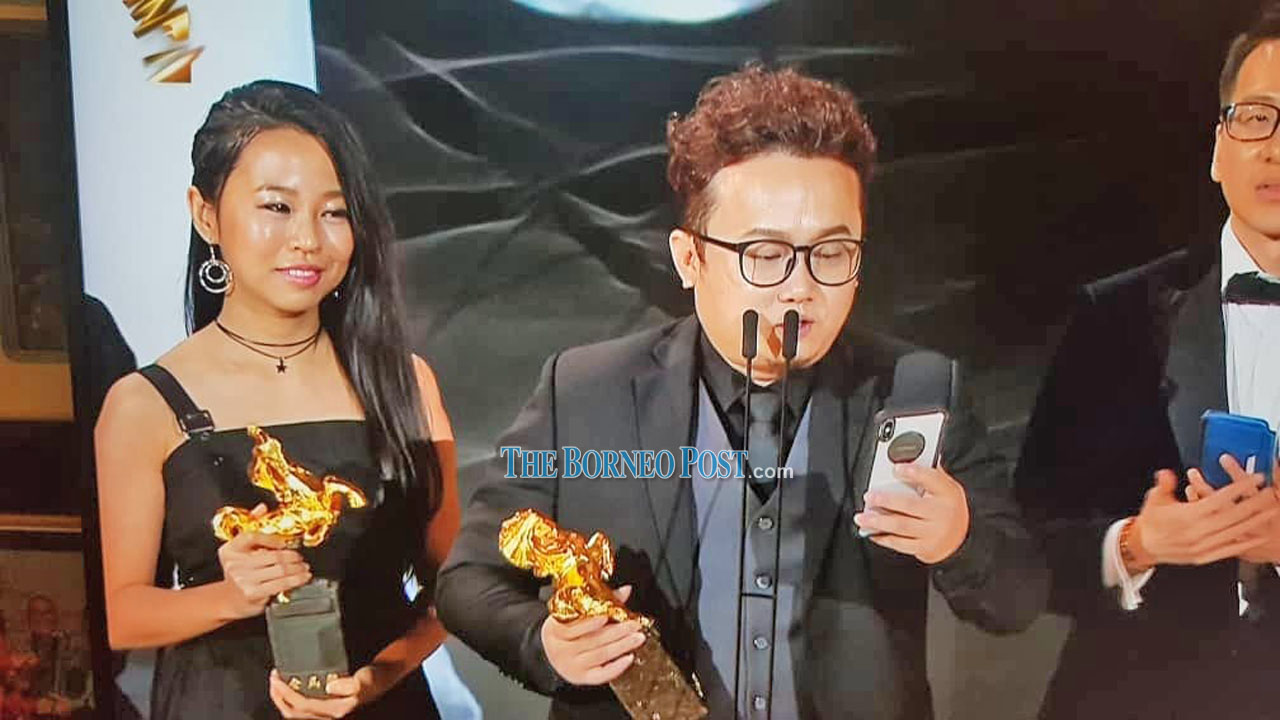 “To achieve a certain amount of success, one must put in a lot of energy, time, dedication, passion and hard work,” added Ting.

The 35-year-old Mirian was one of the trio who composed the original soundtrack, ‘Your Name Engraved Herein’ for the film of the same name.

The second of three siblings, Keon’s parents are gifted vocalists. He obtained Diploma in Broadcasting from One World Han Xin College in Kuala Lumpur after secondary education before embarking on a career in the music industry.

He performed original compositions at a popular music café in the capital, slowly gaining fame and recognition from music café owners who gave him the opportunity to compose and perform.

The talented youth once said that opportunity comes to those who prepare for it though the road to success is not without sweat and tears.

“The past decade has been a bumpy ride with obstacles and difficulties which helped me grow to become resilient and strong,” he said in his acceptance speech at the awards ceremony.