Tuesday, February 7
You are at:Home»News»Nation»Winding up delayed 40 minutes after MPs asked for more time for ministers to reply
For the freshest news, join The Borneo Post's Telegram Channel and The Borneo Post on Newswav. 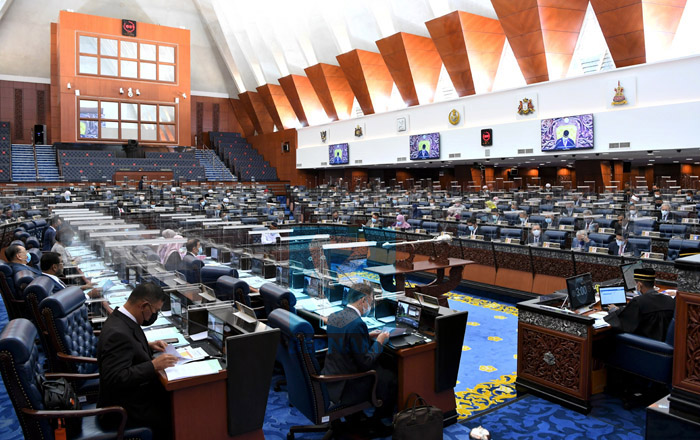 KUALA LUMPUR (Nov 23): The ministerial winding-up session on the Budget 2021 debate in the Dewan Rakyat was delayed by some 40 minutes today after several opposition members disputed the time allotted for ministers and the number of representatives allowed in the House at any one time.

Just before the start of winding-up at the policy stage, Opposition leader Datuk Seri Anwar Ibrahim (PH-Port Dickson) asked that more Members of Parliament (MPs) be allowed to listen to the ministers’ winding-up speeches instead of the limit of 80 representatives agreed to earlier.

His sentiment was shared by Datuk Dr Xavier Jayakumar (PH-Kuala Langat) and Datuk Johari Abdul (PH-Sungai Petani), who said it was difficult to decide which MPs should be allowed in the House as most of them had spoken on various topics during the debate on the Budget.

Jerlun MP Datuk Seri Mukhriz Mahathir also stood up to ask for more time to be given to ministers to wind up the debate so that they could address all the questions raised by MPs.

“I am worried there is not enough time as 20 minutes for each ministry is too short. Past sessions used to end at midnight and even 2 am or 3 am. So, I would like to ask for time extension,” he said.

However, Speaker Datuk Azhar Azizan Harun said the rule on time limit and presence of MPs was set based on advice from the Ministry of Health (MOH) and briefings by Health director-general Tan Sri Dr Noor Hisham Abdullah.

“Previously, we did not have COVID-19, and we had just been briefed by Dr Noor Hisham on the pressing COVID-19 situation, especially in Selangor and Kuala Lumpur which have seen a spike in cases.

“That’s why we need to limit the number of MPs in the House and shorten the meeting hours,” he added.

This prompted P. Prabakaran (PH-Batu), Ahmad Fahmi Mohamed Fadzil (PH-Lembah Pantai), Teo Nie Ching (PH-Kulai) and RSN Rayer (PH-Jelutong) to join in the verbal exchange, among others asking that more days be set aside for the current sitting so that MPs who did not participate in the debate could ask questions during the winding-up session.

Replying to these queries, Minister in the Prime Minister’s Department (Parliament and Law) Datuk Takiyuddin Hassan said the 20-minute time limit was set to reduce the risk of COVID-19 infection as the country was grappling with the pandemic.

“Dr Noor Hisham said a longer parliament is riskier and when told that they have only 20 minutes, the ministers too complained that they would not be able to convey all their answers.

“But this is the regulation. I give you my assurance that once each minister has finished winding up after presenting the executive summary in 20 minutes, whatever text that could not be read out will be uploaded in the Malaysian Parliament portal,” he said.

Anwar, however, stood up again claiming that MPs would not have enough time to question or seek clarification from the ministers within the 20 minutes and this would weaken the Parliamentary spirit.

Azhar, who expressed his disappointment with MPs for raising this issue at the last minute, said he would invite all party chief whips for another meeting to decide on the matter.

“I was in office on Sunday; my WhatsApp is known to all…(but) nobody contacted me on Friday, Saturday and Sunday to discuss this matter. The same situation happened during the tabling of Budget 2021 the other day.

“Finally, when it’s 11 am, all stood up to raise this matter. This is my complaint. We have an agreement but no one contacted me about this matter so that we could discuss it before today.

“So, I don’t want us to lose more time today; I will have a meeting and invite all party chief whips to discuss this matter,” he added. – Bernama