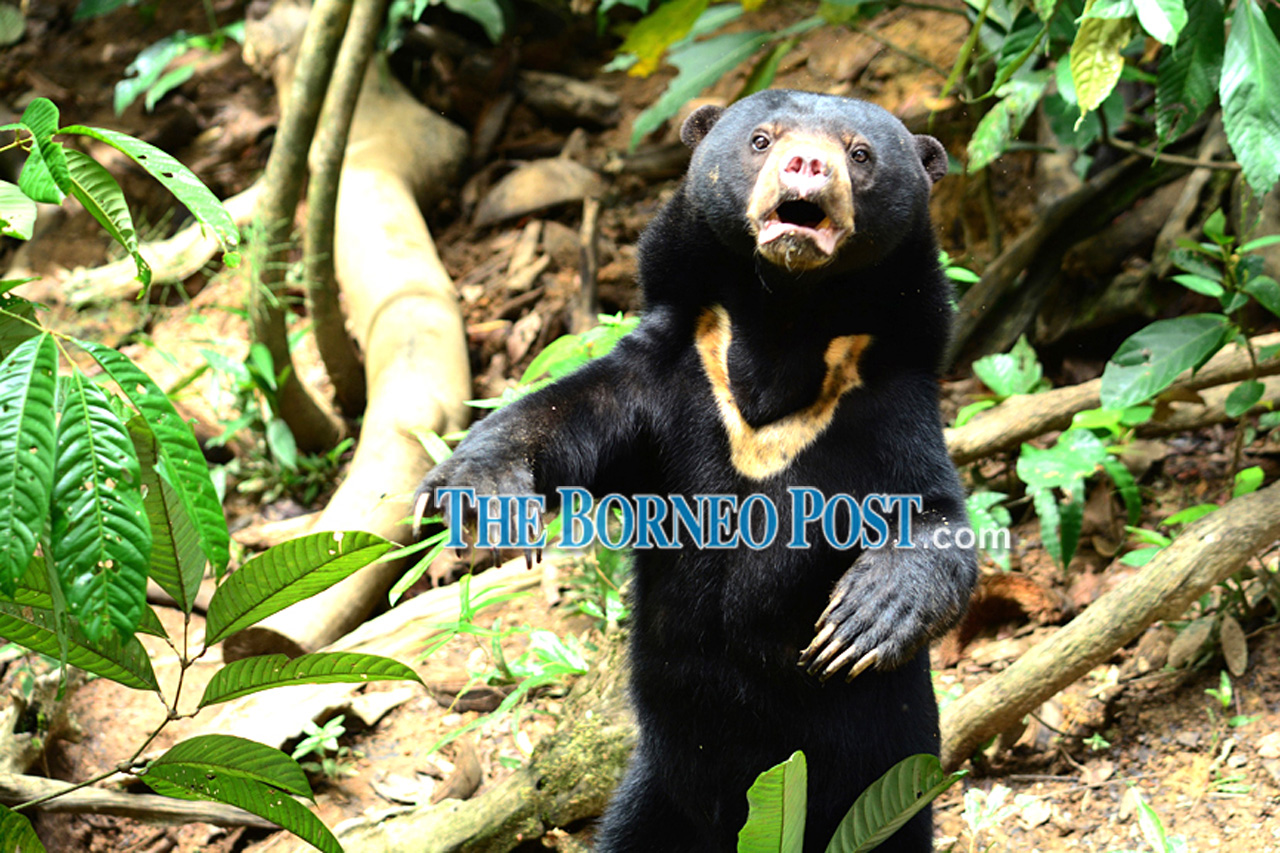 Wawa is one of the rescued sun bears in BSBCC. Every sun bear has a unique chest mark.  – Photo by BSBCC- Seng Yen Wah.

KUCHING: World Wide Fund for Nature Malaysia (WWF-Malaysia) is hosting a virtual talk on sun bear conservation in Sarawak and Sabah at 9am today via its Facebook live streaming.

According to its statement yesterday, the talk aims to increase public awareness, appreciation and support for the conservation of sun bears and  their habitat.

The one and half hour talk by Bornean Sun Bear Conservation Centre (BSBCC) chief executive officer and founder Dr Wong Siew Te will be on sun bears’ ecology and behaviour as well as an exclusive virtual tour of conservation work at BSBCC, Sandakan, Sabah which rescues sun bears from illegal collectors. 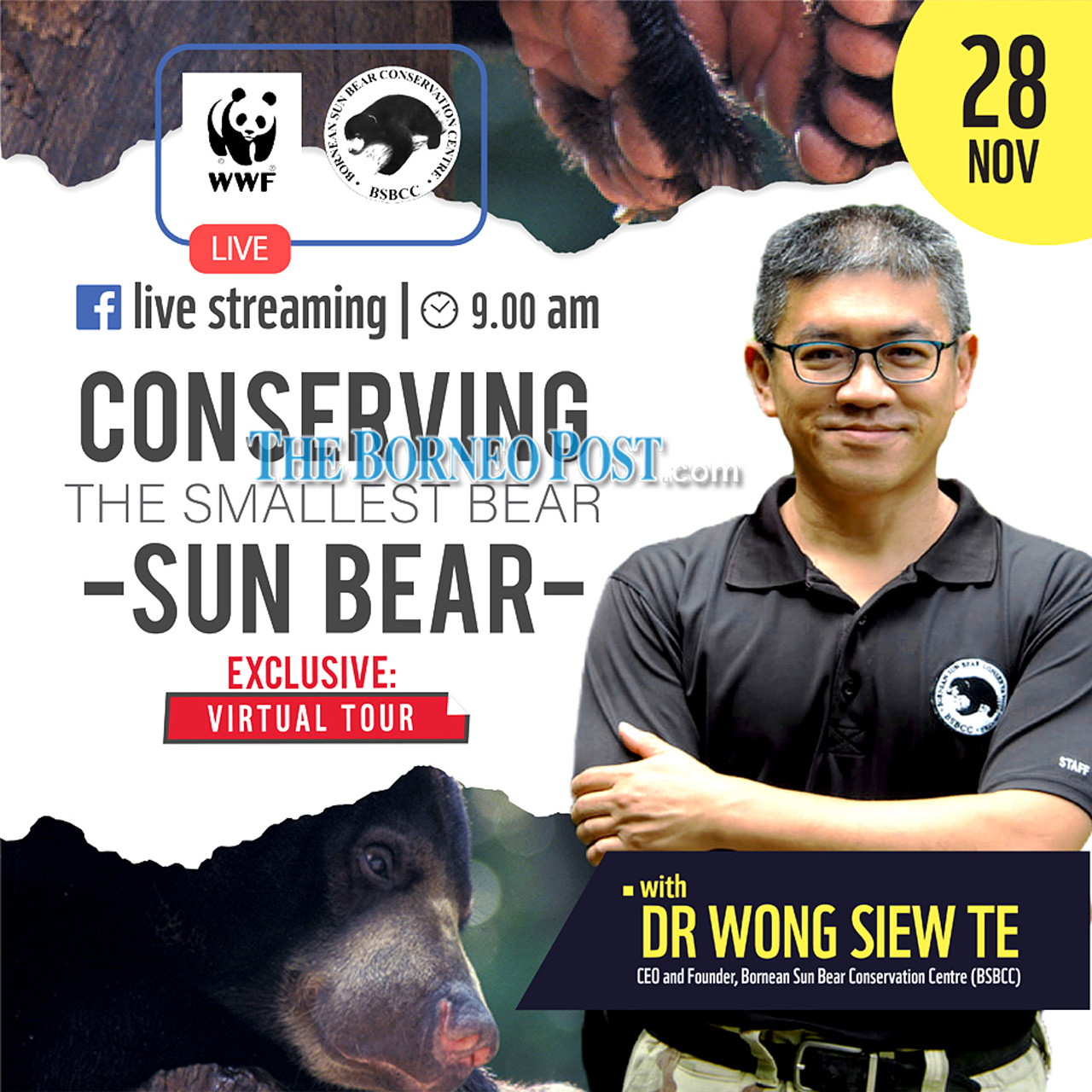 Wong said rescue of the Bornean sun bears also known as honey bear or Helarctos malayanus euryspilus is not easy as it is a strong mammal.

“This year has been a challenging year for BSBCC as our major source of revenue from fees collected has been lost due to lack of visitors and tourists during the Covid-19 pandemic. We need funds to run the centre especially for the care of rescued sun bears until things go back to normal,” said Wong.

According to International Union for Conservation of Nature (IUCN) red list of threatened species, sun bears which are vulnerable to extinction can still be found in Malaysia, Indonesia, Thailand, Myanmar, Cambodia, Laos, Vietnam, Eastern India and Bangladesh.