Sunday, December 4
You are at:Home»News»Sarawak’s Petros brand LPG launched, to be distributed next year 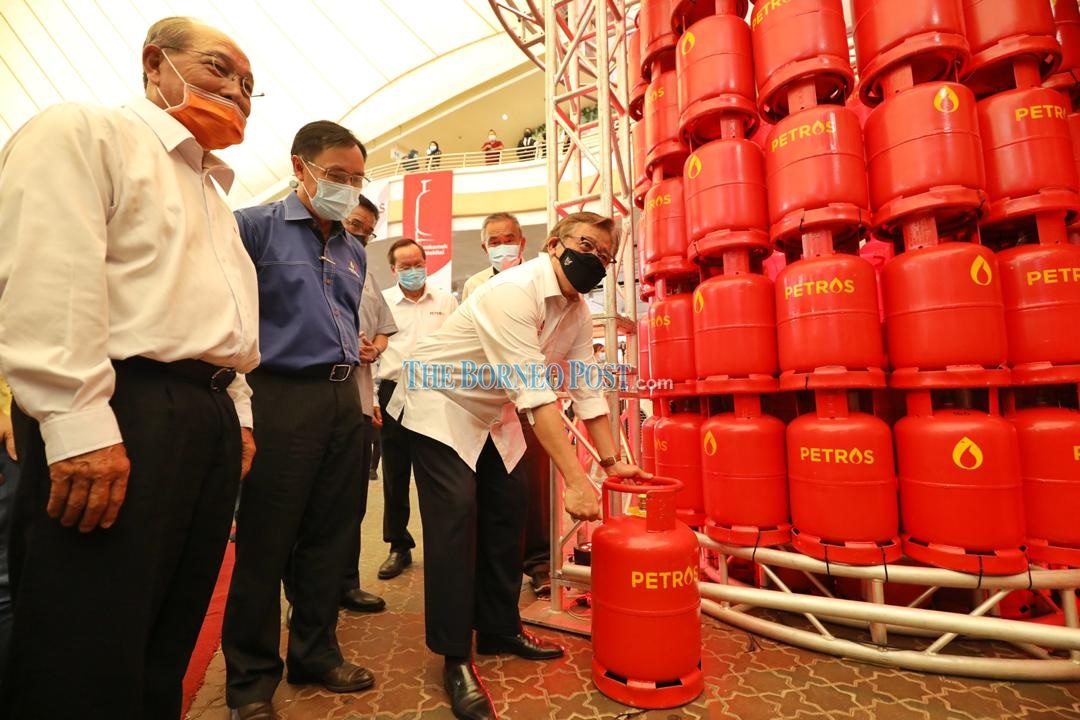 The Petros brand LPG will soon be a fixture at homes, businesses and industries in the state with the distribution of these red gas cylinders starting with Kuching and Samarahan next year before extending statewide in 2022.

“We are giving around 50 per cent subsidy for the Petros LPG as I was told that the original price is actually around RM50, which is quite expensive.

“The Petros LPG will be sold at RM26.60 per 14kg cylinder as it is a controlled item under the Ministry of Domestic Trade and Consumer Affairs,” he said at the launch held at Kubah Ria.

He said in addition to the distribution of Petros LPG across the state, plans are also underway to export the gas cylinders to Sarawak’s neighbouring countries such as Indonesia.

“In principle, we have agreed to this arrangement but we must first have a formal arrangement with West Kalimantan because if there is no regulatory procedure for us to sell LPG there, there might be smuggling activities of our LPG and we do not want that,” he said.

On a related issue, Abang Johari said the state government is still in discussion with the federal government and Petroleum Nasional Berhad (Petronas) for the state to be take an active participation in the oil and gas industry.

“Since Petros was formed, we now have the power to carry out onshore mining of oil and gas resources and there are things we have negotiated for which are still under discussion.

“With our involvement, hopefully my theory of revenue re-engineering will increase the revenue for Sarawak,” he said.

“In everything we do, safety is our utmost priority and expect the same commitment from our partners and dealers to assure the safe use of Petros LPG.

“We will do this through advocacy and education to promote best practice on the safe handling and use of our products,” he said, adding that Petros will also invest in domestic LPG production from oil and gas assets in Sarawak and reduce the state’s reliance on import LPG.

He also said the distribution and sale of Petros LPG products will improve fair prices to end customers.

“It comes as no surprise that remote areas of Sarawak, those who are least able to afford, are paying the highest price for this important cooking and heating fuel.

“Price stacking is a challenge for us all as players in this strategic value chain, that is Sarawak oil and gas,” he said.

In 2020, Petros has continued to supply essential gas to over 25,000 households through its piped gas grid operated by wholly-owned subsidiary Sarawak Gas Distribution Sdn Bhd and to over 1,500 commercial businesses and industries served by Petros’ gas distribution systems in Bintulu and Miri.