Friday, August 19
You are at:Home»News»Senior firefighter killed after motorcycle collides with MPV in Mukah 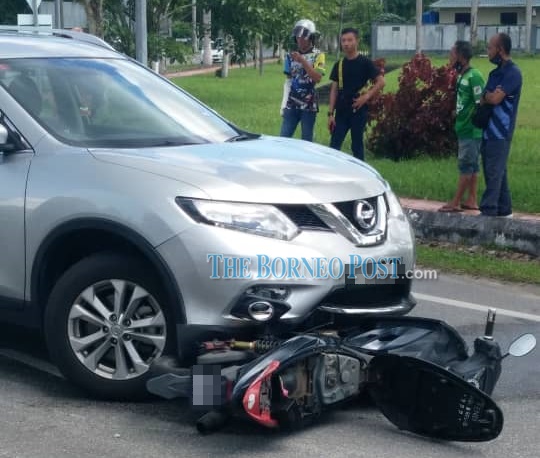 The scene of the accident.

SIBU (Dec 3): A 48-year-old senior firefighter was killed after the motorcycle that he was riding collided with a multi-purpose vehicle (MPV) at the Bestari roundabout in Mukah at about 10.20am this morning.

Mukah district police chief DSP Jimmy Panyau said the victim, identified as Jackery Tuksing was on his way home from the hospital when the mishap occurred.

“The victim collided his motorcycle with the MPV at the roundabout and the victims motorcycle was dragged about 26 metres away from the site as a result of the impact of the collision,” he said in a media statement today.

He said the victim was rushed to the Mukah hospital but was pronounced dead on arrival due to severe head injuries.

He said police had detained the motorist to facilitate investigation.

He said the case would be investigated under Section 4291) of the Road Transport Act 1987.