Thursday, July 7
You are at:Home»News»Civil servants comprise largest group of those caught for corruption-related offences in Malaysia, says MACC chief 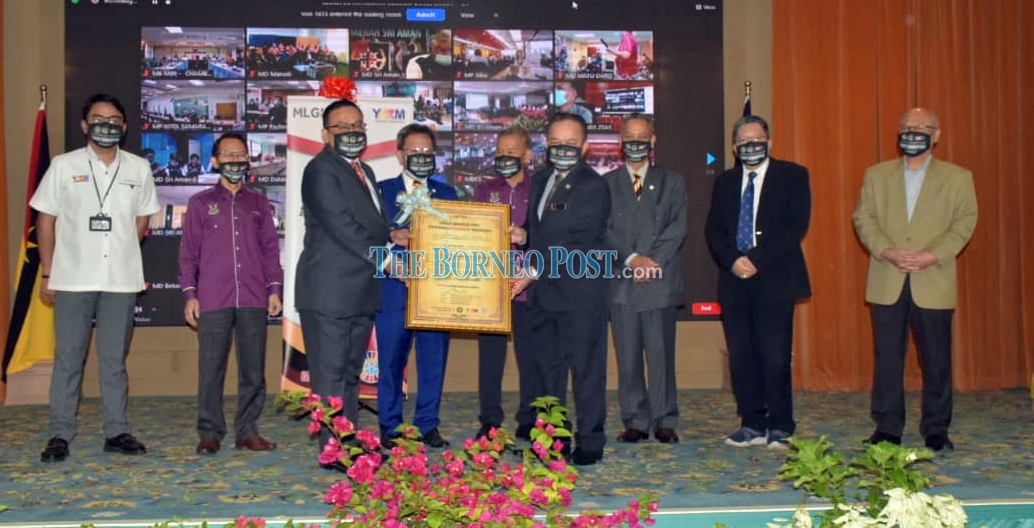 Zaki (third left) hands over a plaque commemorating the event to Ministry of Local Government and Housing permanent secretary Datu Antonia Kahti Galis, as Dr Sim (fourth left) and others look on. Photo by Roystein Emmor

He said that based on MACC statistics, more than half of those caught by MACC every year are those working in the civil service.

He revealed that a survey conducted in 2018 revealed that 418 or 11 per cent of the 3,810 respondents comprising civil servants had responded they would commit corruption if given power and opportunity.

“This phenomenon should worry us all. The absence of integrity when one has the power and opportunity, is the reason for the civil servant to be involved in corruption,” he said in his main address during the Sarawak-level International Anti Corruption Day (HARA) 2020 today.

“This matter is a bleeding area to the civil service,” he said.

Azam disclosed that 40 civil servants in Sarawak have come forward to report on corrupt practices in their respective organisations from 2017 until last year.

He pointed out these 40 civil servants in Sarawak were among 364 civil servants throughout the country who were recognised nationwide for reporting corruption and were rewarded with incentives totaling RM670,466.

“The 40 of them were rewarded with incentives and certificates. They had reported corruption cases involving total value of RM68,710 within those last three years. The total incentives rewarded to them (for reporting thee cases) was RM51,210,” he added.

He also said MACC remains committed in enforcement, prevention and awareness efforts because corruption and power abuse would not stop even during this Covid-19 pandemic.

On this year’s HARA 2020 theme for Malaysia, he said the theme ‘Local Authorities Fight Corruption’ is chosen since the local authorities (LAs) play a big role in the development of a state, region or district.

“The LAs staff are the front liners in public delivery. As the front liners, I believe the LAs’ staff face all kinds of behaviours from the public and they also face various attempts of corruption and abuse of power when they did not fulfill the request of some people,” he said.

As such, he hoped that this year’s campaign would encourage those in the LAs to report to MACC if they receive any bribe offers and fight corruption in order to improve their image and credibility.

The event today was also witnessed remotely by officers and staff from the various local councils in Sarawak through video-conferencing.