Saturday, May 15
You are at:Home»News»Last Ring Ladies Mural will help to promote tourism in Padawan – Abdul Karim 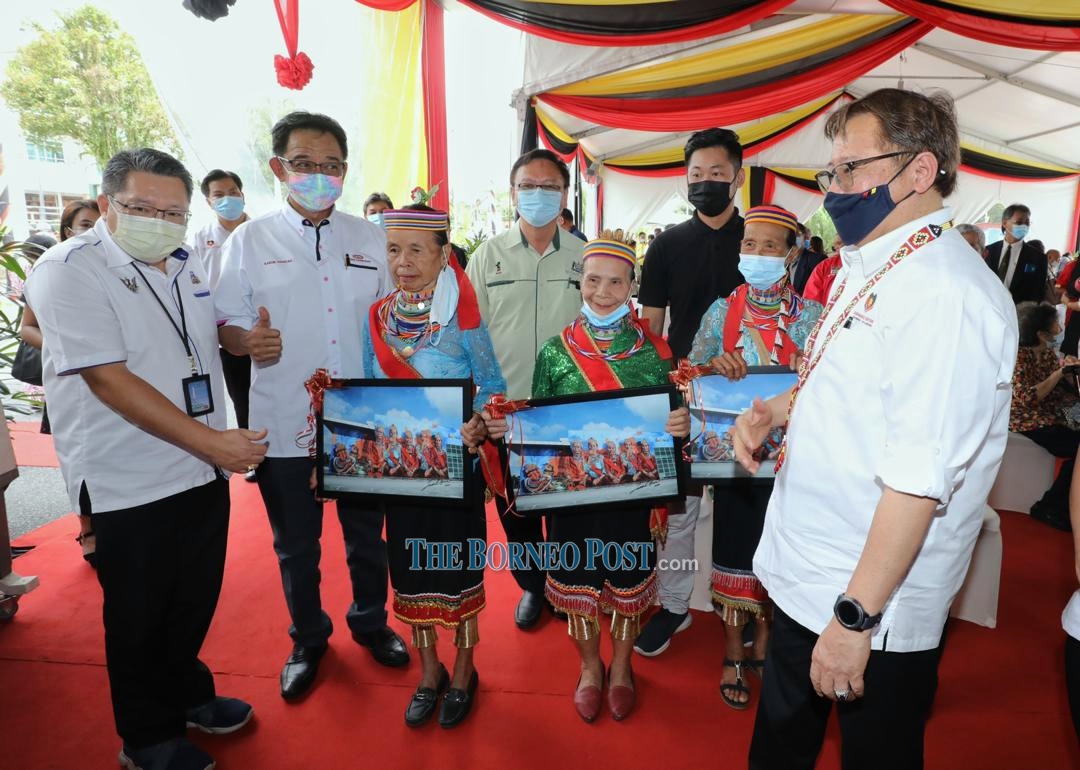 He said with Kota Padawan serving as the gateway to tourism attractions such as Semenggoh Wildlife Rehabilitation Centre, Annah Rais Bidayuh Longhouse, Semadang Kayaking site, Ulu Bengoh tourism site and so on, the mural will seem as though the Bidayuh Ring ladies are welcoming visitors to the area.

“The idea for the mural, titled ‘Dayung Hmuai Semban’ or ‘The Beautiful Ladies of Semban’, came about following the premiere of Sarawakian-made documentary ‘The Last Ring Ladies’ on international broadcasting channels NHK (Japan), KBS (Korea), and PTS (Taiwan) since August 2019. This documentary also premiered on TVS Sarawak on November 4 this year.

“Measuring at 13.7m x 36.5m, this is the largest mural in Kuching. Painting of the mural started on June 30 and was completed on Sept 30 this year,” he said at the launching of the Last Ring Ladies Mural and 24th anniversary celebration of Padawan Municipal Council (MPP) here today.

He said the mural, which was painted by local muralist Leonard Siaw, features the traditional Semban ladies with their ‘Ruyank’ng’ and ‘Rasunk’ng’ which embodied the distinctive culture of the Bi’embhan, a sub-ethnic of Bidayuh from Ulu Bengoh, in Sarawak.

“The ‘Ruyank’ng’ and ‘Rasunk’ng’ are the copper coiled rings worn respectively on the forearms and calves. These rings are traditionally considered majestic to Bidayuh ladies, who put them on at a very young age.

“It has become part of the daily dress up which also symbolises beauty and nobility,” he said, adding that this unique tradition can be traced back to the traveling Chinese traders who brought copper to Borneo. 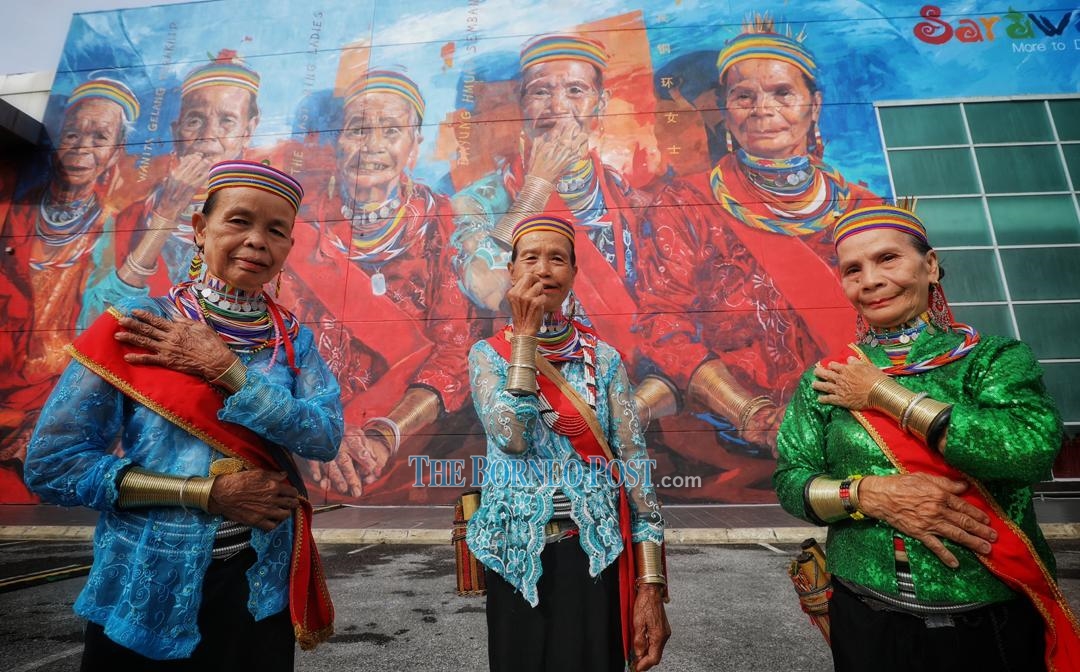 (from left) Peluk, Tawud and Singai pose for a photo next to the mural of themselves. – Photo by Chimon Upon

He said the ladies, who are members of the Kampung Semban cultural troupe, are often invited to perform at state, national and international events including ITB Berlin, the largest international tourism mart in the world last year.

The Youth and Sports Minister commended Siaw for a great job in painting the mural, which took 13 weeks to complete.

“We are very proud that he is also a Sarawakian and he is an acclaimed mural artist and street artist who has made a name for himself in this region.

“It was real hard work under the mercy of tropical weather but I believe it is a satisfying job on the giant mural,” he said.