Saturday, May 28
You are at:Home»News»Sarawak»Sungai Merah Bus Berhad: Indonesian women who tested positive for Covid-19 did not board our bus 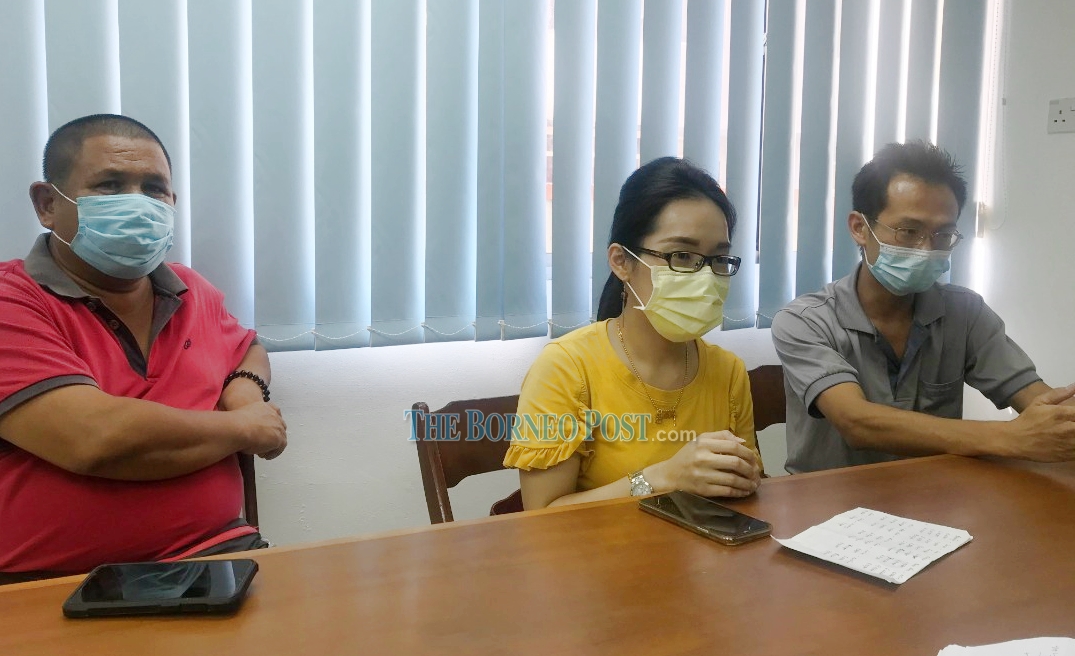 (From left) Adman, Saon, and Yeo at a press conference today.

SIBU (Dec 24): The four Indonesian women who tested positive for Covid-19 and fled the country were not the passengers of Sungai Merah Bus Berhad’s bus bearing the registration number QSX 6722, the company clarified today.

Sungai Merah Bus Berhad director Elizabeth Saon said during a press conference that the company had proof from closed-circuit television footage and clarification from the police.

She also said that the company had also obtained the name of the passengers that boarded the bus which departed at 12.50am from Sibu to Kuching on Dec 17.

“We had eight passengers which are all Indonesians in that bus that night. Out of that, two passengers –- a man and a woman — boarded the bus from Miri.

“Then, when the bus made a stop at Sibu Bus Terminal, six passengers from Sibu boarded that bus. They were two men, three women and a child; all were Indonesians.

“Which means, at Sibu Bus Terminal, we only sold five tickets to the adults; the ticket is free for children. We also recorded the name of the passengers as required by the standard operating procedure (SOP).

“The name of the passengers that boarded our bus with the number QSX 6722 and the description of the four Indonesian women who tested positive for Covid-19 does not match and are not the passengers the police were looking for,” she said

She also added that she could only hold a press conference today because her two bus drivers of the vehicle were under quarantine.

The bus drivers were required to undergo self-quarantine at home by the authorities and were released yesterday after they tested negative for the virus.

According to news reports, the four women tested positive for Covid-19 fled the state on Dec 17 by taking a bus from Sibu to Serian at around 1am.

From there, it is believed that they walked to Entikong, Kalimantan by using a ‘jalan tikus’ (illegal border tracks).

Since the incident, the State Disaster Management Committee (SDMC) also called for the passengers of the bus with the registration number QSX 6722 to come forward for a swab test.

According to Saon, when she realised that there could be a mistake, she immediately sought clarification from the police.

“I am not here to blame anyone, but just to clarify that those four Indonesian women tested positive never boarded our bus,” she said.

Saon said since the news came out, her business had not only been hit hard, but was also viewed negatively by members of the public.

She said some of the customers even asked for a refund for their tickets.

She also said that the company conducted sanitisation of their vehicles regularly.

Bus driver Yeo Suang Lee, who drove the bus that night, confirmed and was confident that the details of the Indonesian women who had tested positive for Covid-19 did not match any of his passengers.